Nexus 6 running on Android 5.0 Lollipop gives you more space to explore, a bigger phone with more everything as the device makers say. 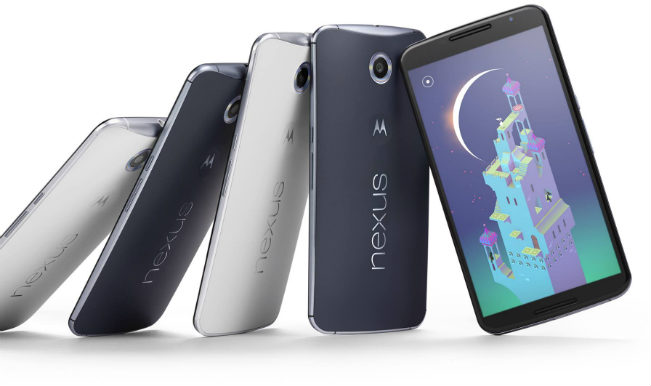 Nexus 6 running on Android 5.0 Lollipop gives you more space to explore, a bigger phone with more everything as the device makers say. The smartphone developed by Motorola is priced at Rs 43,999 onwards and will be available on one of the biggest e-commerce website Flipkart. The 32 GB version of the device is priced at Rs 43,999 and the 64GB version will be available for Rs 48,999. Also Read - Gandhi Jayanti 2020: Google Launches Online Exhibition Of Postcards Inspired By Mahatma Gandhi

The 5.96-inch phone boasts a pixel rich display with stunning clarity.  The phone weighs 184 grams, has a 13 MP rear and 2 MP front cameras. The front facing dual speakers provide a whole new meaning for your audio experience; it gives you the best for movies as well as games. The Qualcomm Snapdragon 805 quad-core 2.7GHz provides a very swift multi tasking experience with brilliant graphics. The phone will be available in Midnight Blue and Cloud White colours. Also Read - Communications Decency Act: US Senate Panel Votes to Subpoena Facebook, Google, Twitter CEOs

Nexus 6 also comes with a tag that says more doing less charging, so with a charging duration of just 15 minutes, one can get upto 6 hours of use. Also with Lollipop it gives you a superior software experience.

Nexus 6 will be available with four exclusive offers like 3-month free subscription on the Flipkart First, exchange offer for getting upto Rs 10,000 discount, Rs 1,500 cash back. Google will launch the third edition of its ‘Great Online Shopping Festival’ from December 10-12, featuring over 450 partners. And this will also feature leading brands such as Motorola Nexus 6, HP, Lenovo, Tata Housing, Karbonn.

GOSF 2014 initiative was launched by Google in the year 2012. The idea behind launching it was to boost the new era of online shopping in and around India.The greatest online shopping gala begins from December 10th, 2014.