Elated at the birth of his newborn daughter, a man in a village in Rajasthan's Nagaur district decided to celebrate the special occasion by hiring a helicopter to bring her home.

Nagaur: Elated at the birth of his newborn daughter, a man in a village in Rajasthan’s Nagaur district decided to celebrate the special occasion by hiring a helicopter to bring her home from the house of her maternal grandparents on Wednesday. Notably, Hanuman Prajapat’s wife Chuki Devi gave birth to their daughter, Riya, on March 3 in the Nagaur district hospital. From there she went to her parents’ house in Harsolav village with the baby for post-delivery care.Also Read - Twitter User Says He Wants to Meet His Girlfriend Amid Lockdown, Mumbai Police's Witty Reply Wins The Internet

There is a distance of nearly 40 km between Nimbdi Chandawata and Harsolav villages. The helicopter ride, which is estimated to have cost them around Rs 4.5 lakh took around 10 minutes to cover the distance. The helicopter first took off from Nimbdi Chandawata with Hanuman and his three relatives onboard. After spending around two hours in Harsolav, Prajapat and others boarded the helicopter again with his wife and daughter to finally head home. 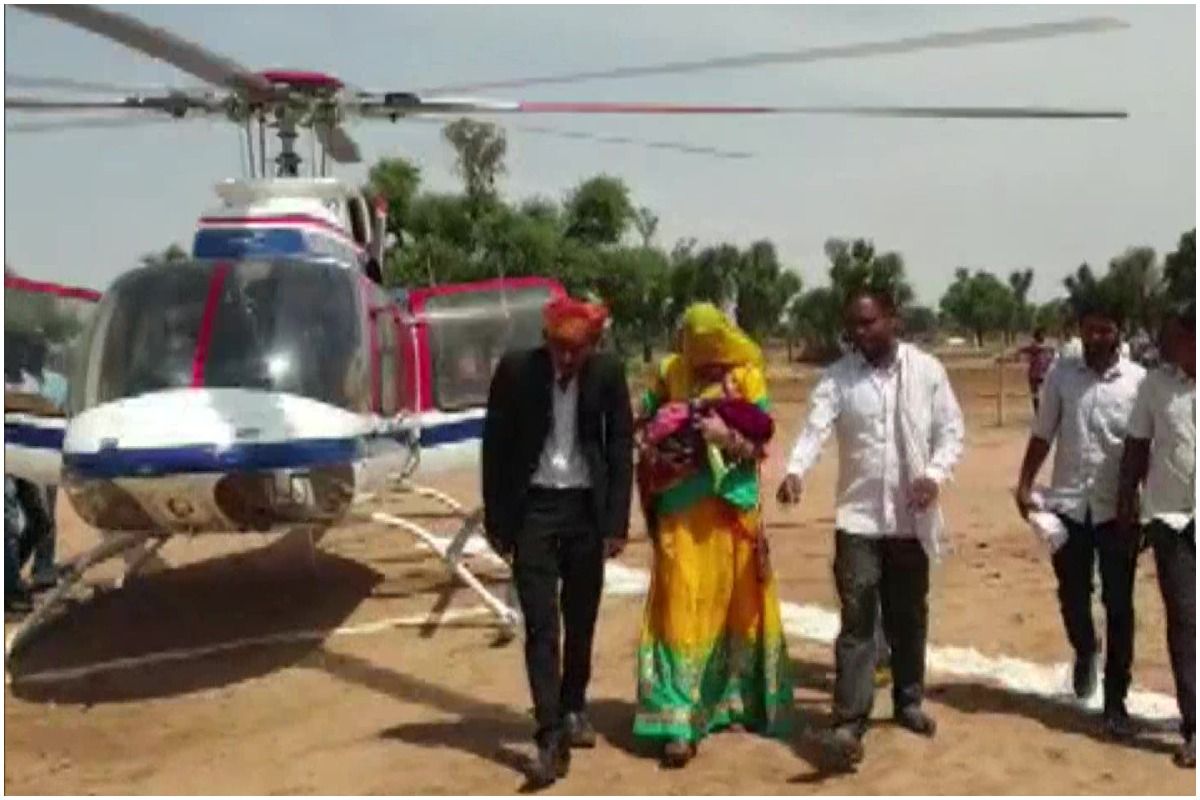 The helicopter ride is estimated to have cost them around Rs 4.5 lakh/ANI

“We wanted to make the arrival of my daughter, my princess very special and this was the most I could have done to show how special my daughter is to me and my family,” Prajapat told PTI over phone from his native village Nimbdi Chandawata.

Prajapat said it was the idea of his father, Madanlal Kumhar, to celebrate the birth of his granddaughter wholeheartedly.

“After 35 years we have been gifted with a daughter in the family so we made this arrangement. I’ll fulfill all her dreams” said Madanlal, grandfather of the baby, to news agency ANI. 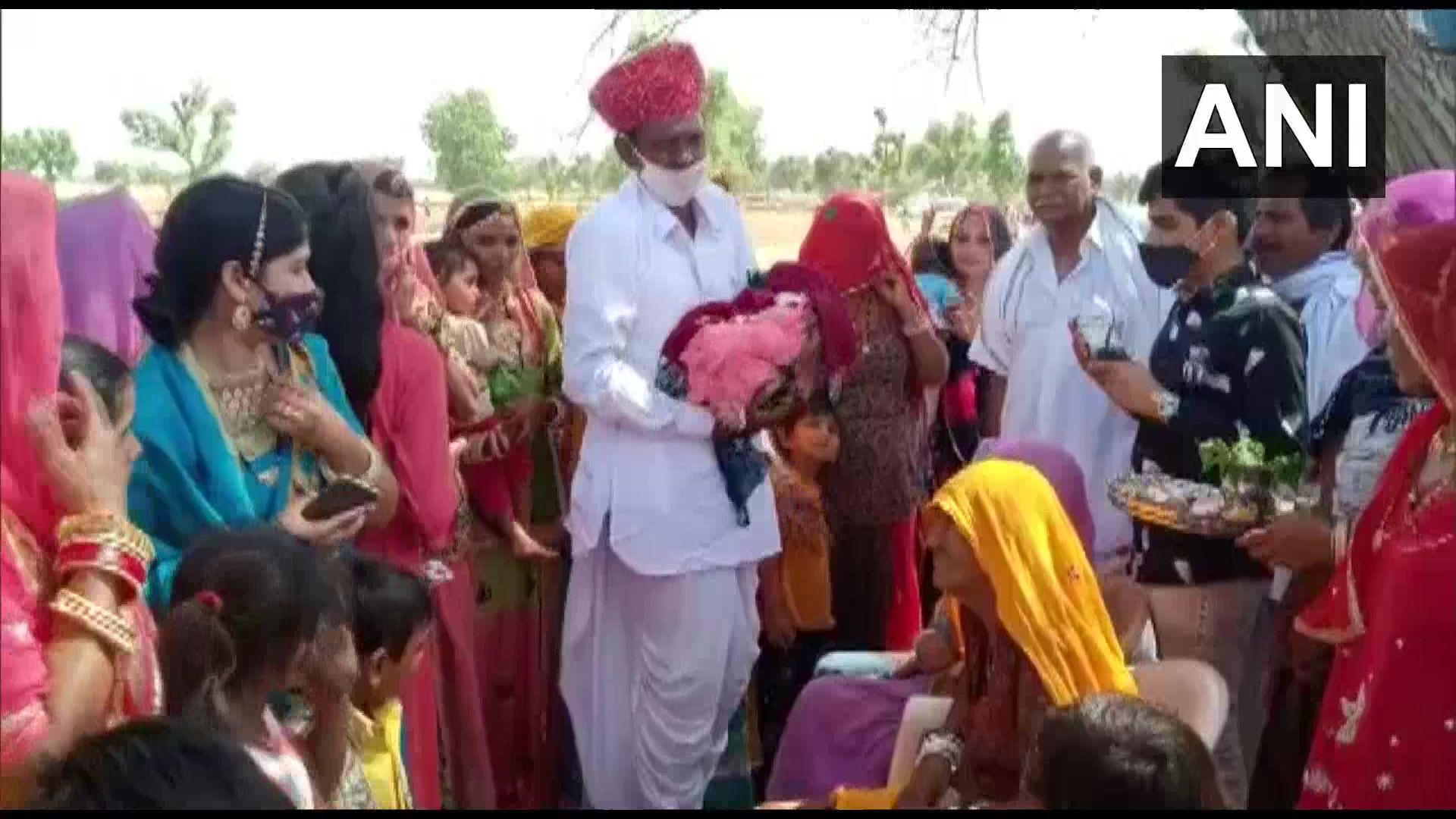 “My father is very happy with the birth of Riya and he had insisted on arranging the helicopter. He and other family members welcomed us when we landed in our village,” he said.

Prajapat, who has studied up to Class 10, said girls and boys should be treated as equals.

“It is usually seen that people do not celebrate the birth of a girl. There should be no discrimination between a girl and a boy. I will make my daughter study and fulfil all her dreams,” said the proud father.