Grandmas Smoking Weed for the First Time: Watch magical reactions of three after getting stoned!

The video started with the moderator asking the ladies why they never thought of trying the drug before to which an honest and heart-felt reply was given. 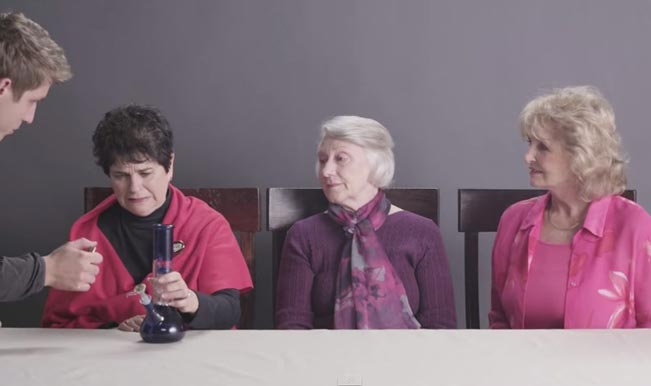 Smoking marijuana might be common thing for coming-of-age in Washington where it has been legalized but what happens when grandmas who have never smoked a pot before are asked to try it out for the first time? Well, result has to be some of the magical reactions that they show post getting stoned! Also Read - Marijuana Ingredient, CBD Helps Reduce Lung Damage From COVID-19, Here's How

Cut Video asked three grandmothers Paula, Dorothea, and Deirdre to try the substance for the first time in Washington, where the marijuana is now legal. The video of the three grannies and their innocent revelations became an instant sensation on YouTube. It has garnered over 14 million views as of now! Also Read - Gay Couple Who Wed in The US Approaches Delhi HC, Seeks Recognition Of Marriage Under Foreign Marriage Act

The video started with the moderator asking the ladies why they never thought of trying the drug before to which an honest and heart-felt reply was given. They said they were too busy raising kids and being suburban housewives. Later they were given vaporizer to inhale in the drug, which they found it relatively easier than they thought it to be. The three take turns to smoke pot through bong.

Looking skeptical over trying out in the beginning, they slowly start laughing and giggling few minutes later. The cute grand moms also try their hands playing Cards against Humanity.

They talked about the benefits of the drug, saying they feel much more relaxed with one of them saying, “How her neck muscles seem not tight” while other lost the track of time as for one of them would love to try again till the time she gets to eat the chips.  Watch this video for they are sure to bring a smile on your face.

Topics:
Grandmas Smoking Weed for the First Timelegalisation of marijuana in Colorado and WashingtonMarijuanaSmoking Weedwashington