Gulmarg, known more as a winter destination for skiers is nestled in the Himalayas at a height of around 9000 feet and is a resort town fit for the kings. 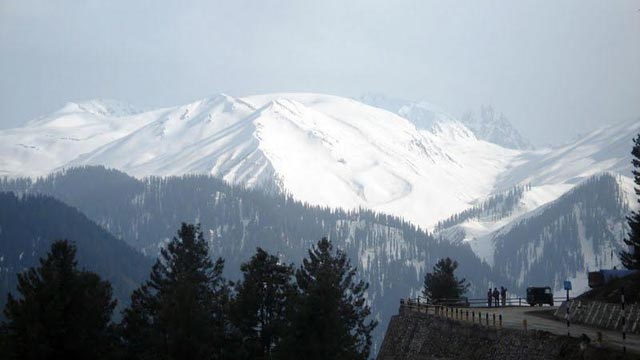 “Mumbai ka fashion and Kashmir ka mousam – donon ka koi barosa nahin”, says my driver Basheer, indicating that Kashmir’s weather is as fickle minded as Mumbai’s fashion statements. Proving him right, the sun strode right on to the horizon with a flourish, pushing away all the damp grey clouds with a single stroke. It was my third day in Kashmir and I was happy to see the sun after two days of incessant rains, power cuts and after effects of an earthquake that had rocked the Himalayas while I was still up in the air, hovering over the valley. Also Read - Pack up And Leave: Amarnath Pilgrims Asked to Return Home; Airlines Advised to Make Space | All You Need to Know

The sun encouraged us to plan a visit to Gulmarg, but then we had a hitch. We had not booked a ticket for the gondala and that to Basheer was the first big mistake we had made. “Chalo, Janaab, koi baat nahin”, he said to us even as I wondered what a gondola was, only to realize that he was referring to the cable car, the de- facto ride to the snow capped peaks. 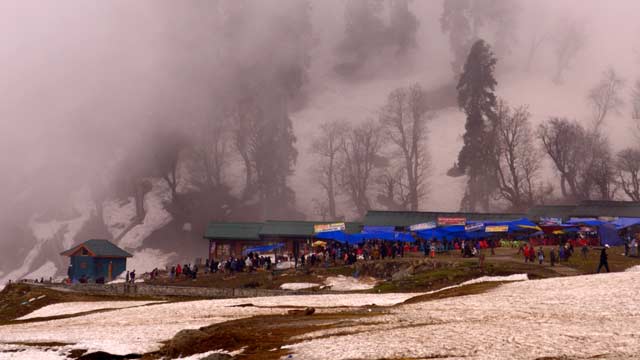 He drove us into the tourism office where we could pick up the tickets, where we were politely informed that the gondola is closed on alternate Mondays for service. While ponies were an alternative, we were dissuaded from trying that option. Hiking was also ruled out as the weather could play truant. So, we decided to postpone our visit by a day.

There was nothing really remarkable in the journey from Srinagar to Gulmarg, but for traffic. But that was until we reached Tangmarg, located at the foothills of Pir Panjal Hills, when the scenery changed dramatically. I am told in winters the roads to Gulmarg located 13 km away is covered with carpets of snow.

Gulmarg, known more as a winter destination for skiers is nestled in the Himalayas at a height of around 9000 feet and is a resort town fit for the kings. In fact, it was king Yusuf Shah Chuk, ruler of Kashmir and a contemporary of the Mughal Emperor Akbar who changed its name from Gaurimarg to Gulmarg, naming it after the flowers. Yet, one rarely sees these flowers as Gulmarg remains covered with sheets of ice and snow.

Nestled right in the Himalayas, very close to LOC, Gulmarg is both a winter and summer destination with a perennial flow of tourists all year around. No one really resides here, except for the staff of around 40 hotels which are built here for tourists. 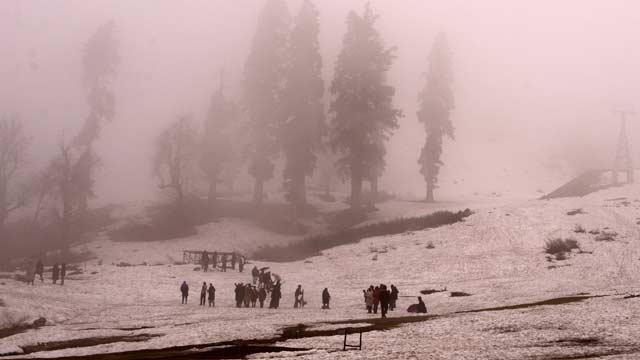 It started raining just as we entered Gulmarg. The clouds gathered as we saw a huge crowd of tourists standing in multiple queues for the tickets. For the uninitiated, the process is a literal nightmare. I realized that my tickets purchased at the tourism office wasn’t good enough.

It was similar to buying an online ticket and one had to stand in a queue forever to exchange them into a boarding pass. It rained and poured as we waited amidst touts and noisy tourists who would do anything to break the line. And then I realized that another serpentine queue stood ahead of me where we had to stand to board the cable car after collecting the boarding card. A third line was for people who had not bought tickets.

The gondola is like a ski lift that takes you to different levels – one at a height of 8500 feet to Koongdoori station and the other to the summit of the Apharwat located at 13700 feet. I was told that the cable car could ferry around 600 people an hour to the summit, but it took me three hours of waiting in the rain and slush to board the gondola. As it started pouring, two announcements came through. The bad weather had prompted the closure of sale of tickets and the ride to the second level was cancelled for the day. In the meantime, men selling anything and everything from jackets to boots to gloves insisted that we buy from them. 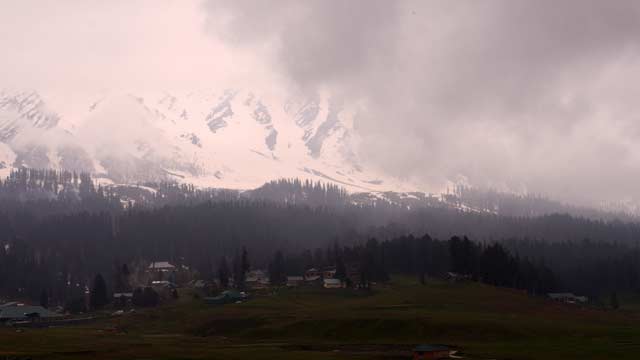 For a moment, if you forget about the tourists and the tourist traps, Gulmarg is of pristine beauty with lush meadows, golf courses, glaciers and slopes of snow topping the conifers that dot the hills.  The gondola ride treats you to some eye popping breathless views as the snow and the mist veils and unveils in front of you, even as it rains and snows.

It’s a virtual paradise for skiiers and adventure enthusiasts, but for the regular tourists, you can try your hand at skiing and can roll down the slopes on sledges. We climbed, we skied, we rolled and we fell on the ice, as it starts raining again – this time the snow gently falls on my gloved hands. Some hot maggi with a cup of Kashmiri Kahwa warmed us up as we slowly prepared for the long wait to board the gondola back to the base camp.