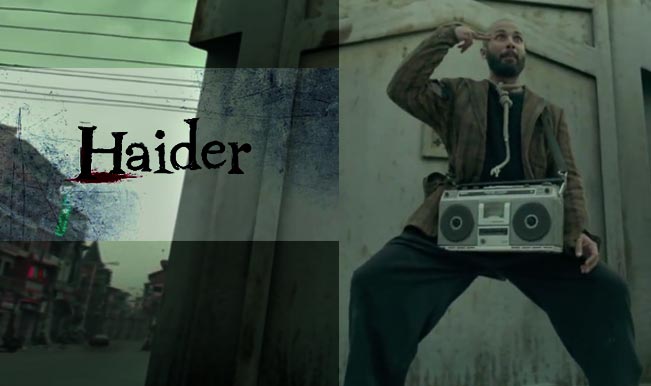 Vishal Bhardwaj’s forthcoming film Haider is slated to hit the silver screens on October 2. Not only the  promos but also the songs have impressed the audience mightily. Shahid Kapoor’s role in the film seems to be a dark, intense and an interesting one. Also Read - Rakul Preet Singh's Team Confirms Receiving Summons After NCB Says She 'Made Excuses'

Haider features Shahid in a completely different and ‘never-seen-before’ avatar. It is only after Kaminey that the talented actor shall be seen playing a character that he has never played before. The short promo below has made it evident that Shahid is all set to thrill the audience with his hatke role in the film. Vishal Bhrardwaj’s poetic touch to Haider, which is a remake of William Shakespeare’s play Hamlet, is yet another important reason to add the film in the must-watch list of every movie buff! Also Read - 'If Kangana Ranaut Had Said She Took Drugs, NCB Should Conduct Probe', Says BJP Leader Pravin Darekar

In the video below, Shahid Kapoor blurts out a bank robbery incident to aptly describe the heights of chu****** talking about Chutzpah as the milder form of Chu******