"Vishal Bharadwaj has made all possible efforts to get close to Hamlet, which is indeed not an easy task", says a spectator. 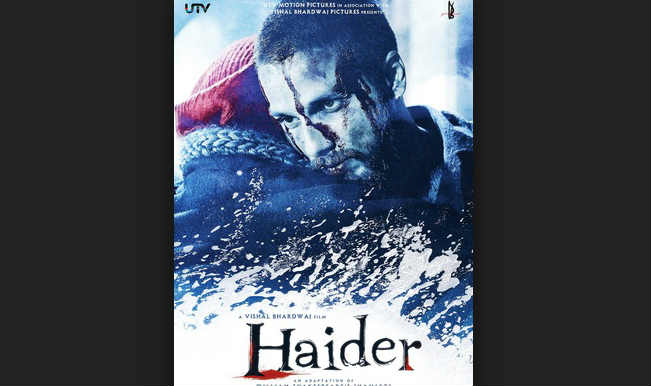 Also Read - Diwali 2020: Mira Rajput Shows How To Get Diwali Glow, In A Quick and Fuss Free Video

Vishal Bhardwaj’s Haider is a rehash of the third Shakespearean trilogy, Hamlet. His earlier movies Maqbool (2003) and Omkara (2006) were adaptation of Macbeth and Othello respectively. Released on Gandhi Jayanti, Haider had to face a tough fight against Hrithik Roshan’s action thriller Bang Bang at the Box Office. Despite all the lows, Haider has managed to garner its own set of audience who value and understand sensible cinema. Also Read - De Dhana Dhan! Shahid Kapoor Preps For Jersey in Cricket Field, See His New Look

Though the first day earnings of Haider were comparatively too low than Bang Bang. Considering the movie was released in a 4-day long weekend slot, Haider has high chances of getting picked up during the weekend. Also Read - Amrita Rao Breaks Silence on Rumours of Dating Shahid Kapoor 14 Years After Vivah

“Vishal Bharadwaj has made all possible efforts to get close to Hamlet, which is indeed not an easy task”, says a spectator. First screened at the 19th Busan International Film Festival, the movie was praised for its excellent direction and impeccable performances of actors Shahid and Tabu. Shahid Kapoor, who has always been flaked for not having a good selection with movies, has broken all the records this time with his all new avatar as Haider. Another female viewer said, “The movie is worth a watch for Shahid Kapoor’s exceptionally great performance and great dialogues.”