This time the hot TV personality chose to dress up as all-time favourite pop stars – Cher, Madonna and Aaliyah.

Love her, hate her but you cannot keep Kim Kardashian out of discussions on Halloween. Over the years Kardashians have proven to be show-stealers at the glitzy Halloween theme parties. And this year ahead of Halloween 2017, world’s most famous reality TV personality, Kim K has stolen everyone’s thunder with her captivating costumes and overall appearances. The Keeping Up with the Kardashians star channelled her inner music icons to dress up as Cher, Madonna and late singer-performer, Aaliyah. Kim Kardashian has simply been marvellous with her costume, makeup and attitude being on fleek. The 37-year-old has definitely come a very long way from her love affair with Disney princesses to superheroes to iconic cartoon villains. The Halloween 2017 costumes are definitely one of the best we have seen from Kimmie’s closet. What Does Trick or Treat Mean? History and Reason of this Halloween Tradition. Also Read - 'She Has Had Enough'! Kim Kardashian To File For Divorce From Kanye West After Months of Separation

Kardashians are gripped by Halloween fever, especially Kim and her elder sister, Kourtney. The lovely ladies put up their best and quirky foot forward this spooky season of Halloween 2017. Kim decided to do away with fairytale characters such as Jasmine, Red Riding Hood or Ariel. She also chose to keep the sexy female villains and superheroines costumes out of the way. It meant Kim would not be dressed as Poison Ivy, Catwoman or Wonder Woman. This time the hot TV personality chose to dress up as all-time favourite pop stars – Cher, Madonna and Aaliyah. Also Read - After Maradona’s Death, RIP Madonna Trends on Twitter as Many Mistake Her For Football Star

On Friday night, Kim dressed up as ‘Goddess of Pop’ Cher for the Casamigos Halloween Party. She was joined in by her best friend Jonathan Cheban who dressed up as Cher’s husband Sonny Bono. Kim replicated 71-year-old music icon’s exact look from the 1973 Academy Awards and her efforts truly paid off when Cher tweeted kind words to her. Her next look was Madonna and she was joined in by her sister, Kourtney who dressed up as Michael Jackson. The two recreated the King and Queen of Pop at the 1991 Academy Awards. Also Read - Sunny Leone Turns Into a Scary Barbie For Her Quirky Halloween Look - See Viral Pics

Kim Kardashian as Cher, Madonna and Aaliyah in 2017 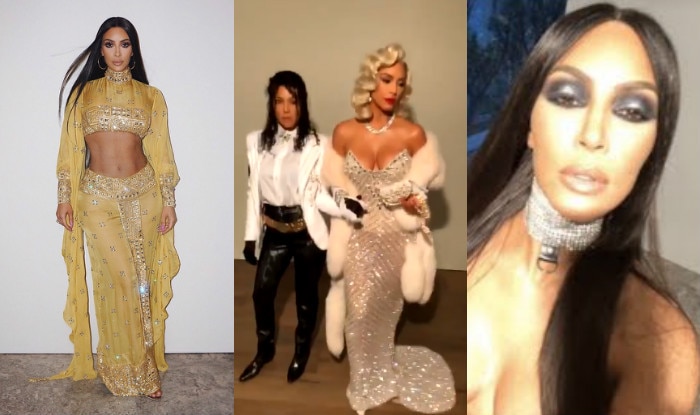 However, Kim Kardashian’s third ensemble, that of late pop star Aaliyah met with mixed reactions on the internet. The American star shared a glimpse of her look dressed as the late 22-year-old star performer. Kim recreated the look from Aaliyah’s 2001 hit “Try Again,” wearing a bejewelled choker, with a matching bra and black pants. She was accused of cultural appropriation and racism. Nevertheless, her above two looks as Cher and Madonna is universally applauded and definitely adds to her all-time best Halloween costumes. Here’s a look at Kim Kardashian’s best costume moments over the years.

Kim Kardashian as Sexy Skeleton in 2014 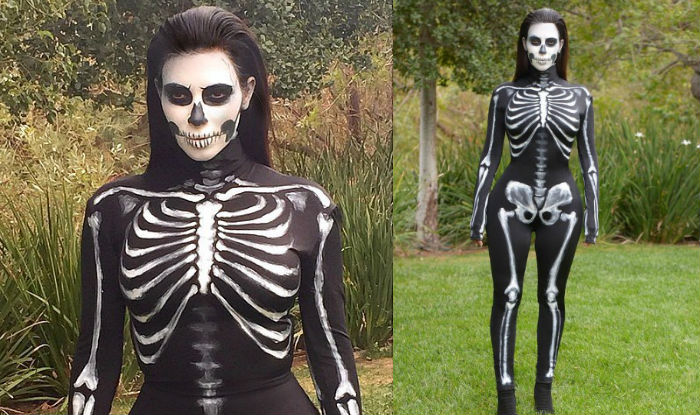 Kim Kardashian as Poison Ivy in 2011 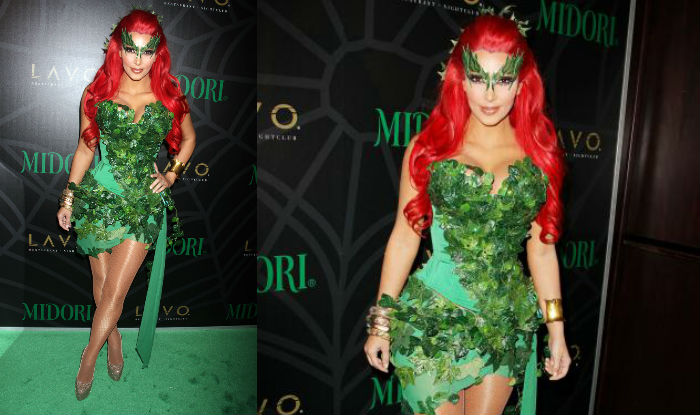 Kim Kardashian as Catwoman in 2012 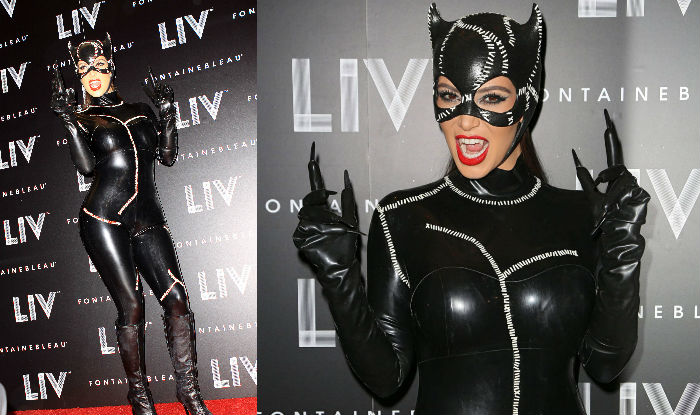 Kim Kardashian as Jasmine in 2009 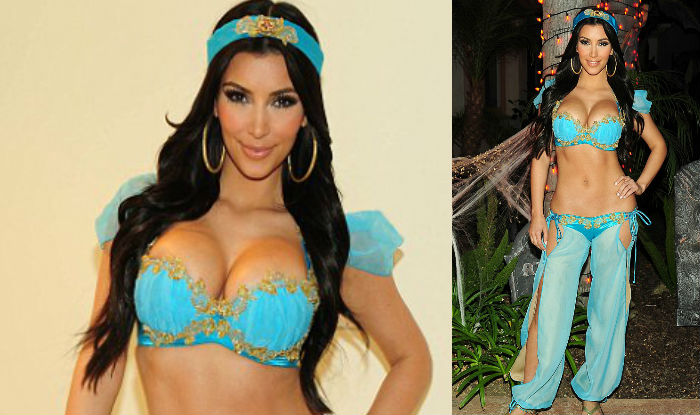 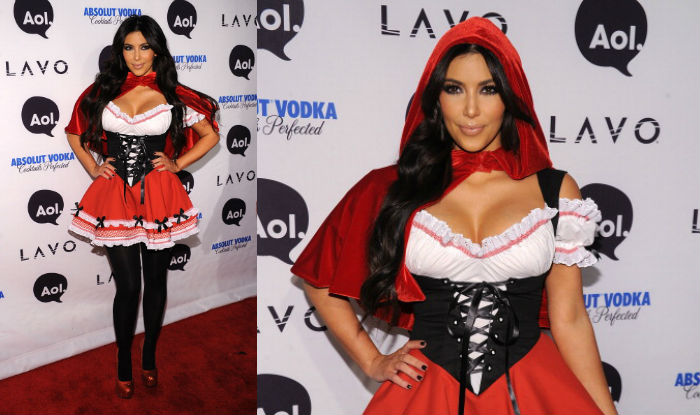 Kim Kardashian as Mermaid in 2012 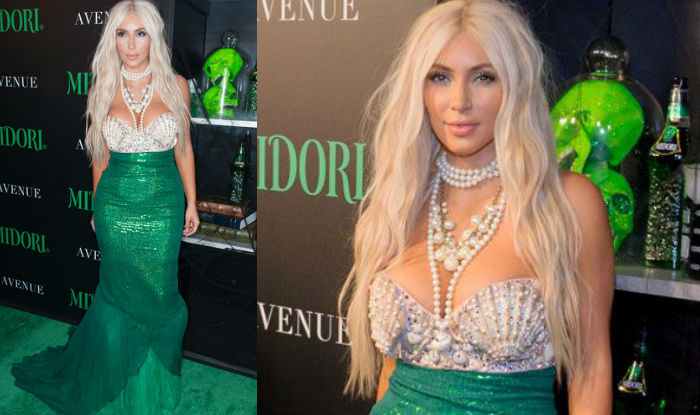 Kim Kardashian as Sexy Cheetah in 2010 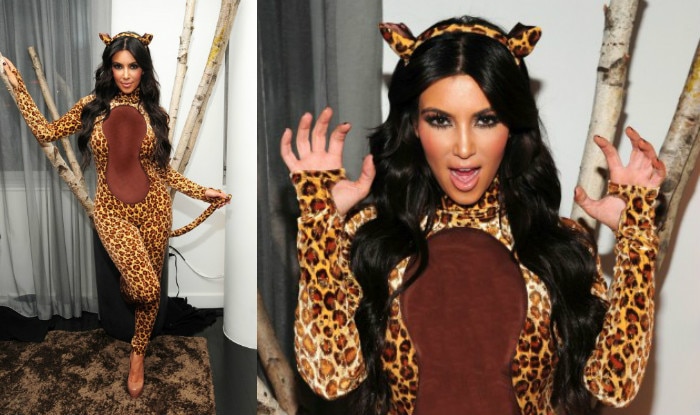 Kim Kardashian as Wonder Woman in 2008 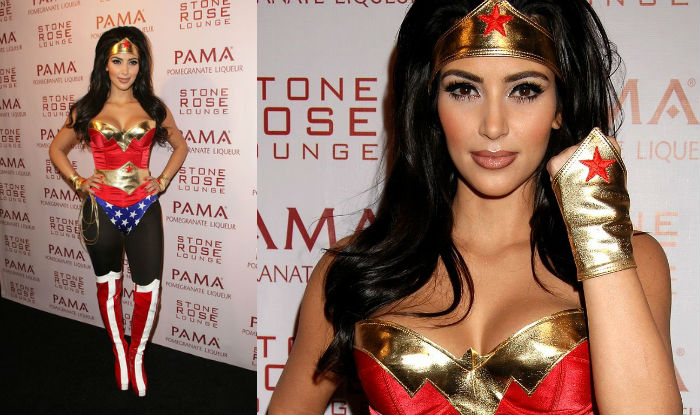 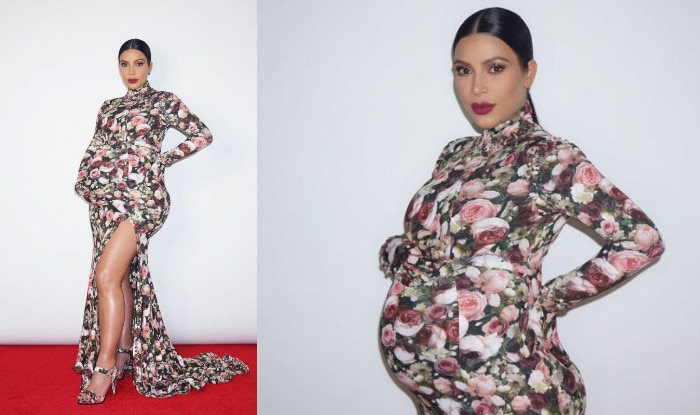 Kim K has upped the ante when it comes to being more sophisticated with costumes choice during spooky celebrations. But one thing that has not left her side is controversies. Her impersonation of popstar Aaliyah who died in a tragic plane crash in 2001 is receiving brickbats not just for racism and misrepresentation but also for other reasons. The video posted by Kim on Twitter to give a glance of herself dressed as the late musical star shows more than intended. Fans repeatedly pointed Kim Kardashian of showing her nipple in the short clip. Well, good or bad, controversies seem to be part and parcel of Kimmie’s life.