On the occasion of International Women’s Day, airlines are wooing women travellers with flying incentives. 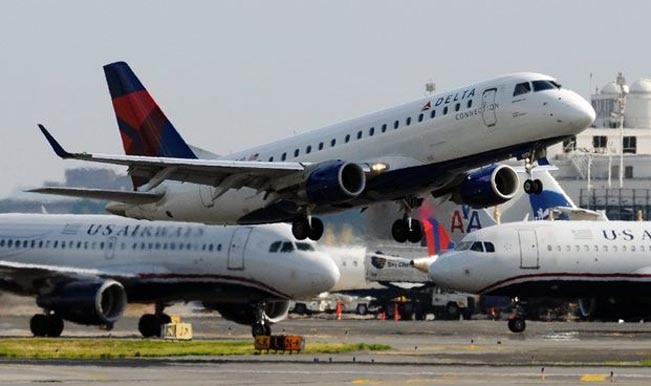 In what comes as good news for women travellers in need of flight tickets, domestic airlines are offering major discounts and an all-women crew flights to mark the day.
Jet Airways, a private carrier, has announced discounted tickets, budget carrier GoAir has offered upgrades at low prices, and national carrier Air India, too, is planning to organize an all-women crew flight. Also Read - UP Shocker: As Woman Hangs Herself to Death, Her In-Laws Shoot Video & Share on Social Media

Naresh Goyal’s Jet Airways announced that it would offer a discount of 10 percent on tickets for all its women travellers on the base fare for international travel. However, the domestic services by Jet Airways and JetKonnect would also be available to women travellers at a lower price, since the airline offers the same discount on base fare as well as fuel surcharge, excluding the taxes applicable. Also Read - Bengaluru BPO Employee Starts Working As Sex Worker After Job Loss, Wife Seeks Divorce

The offer is availed by booking tickets for travel online on the carrier’s websites between 8th March and 8th May, the booking window is hence a two-month gap, with a travel validity of eleven months.

In addition to this, the airline said that its initiative of supporting women would continue with it aiding three NGOs that work on a wide variety of women’s issues. It will do this by conducting an in-flight fundraising drive for the same, between the 8th and the 22nd of March.

The collection proceeds will be given by the carrier, to the three NGOs namely, Mijwan Welfare Society that seeks to empower the poor with its focus on female education, technical skills and employment generation, Save the Children India’s – Women’s Institute for Social Education that provides young women from marginalized areas in Mumbai with vocational training programmes, and Women’s India Trust aims at providing education, vocational training and employment opportunities to empower underprivileged women.

The senior vice-president of the airline, Gaurang Shetty, stated that International Women’s Day was an opportunity to celebrate all kinds of women, one that the airline took great pride in making the most of for the benefit of women. He also said that through the collection drive, the airline believed in uplifting women, especially those in marginalized sections of society.

Nusli Wadia’s GoAir have announced a special scheme for women travellers in the airline, whereby they could upgrade to its priority business class service, GoBusiness, for only Rs. 999.

The upgrade is at a 60 percent discount from the usual upgrade price, and is available for application at any of the GoAir airport check-in counters in all the domestic destinations the airline operates in. Valid on any direct flight, the booking and travel period for this offer, is from March 7th to the 9th.

In addition to this initiative, GoAir has celebrated the occasion on social media as well, through the campaign “My Story on the GO”. This campaign invites women travellers to share their experiences, and selected winners would get free flight tickets.

Its Chief commercial officer, Girish Nair, said that the airline was happy to provide women with the GoBusiness service that was need-based and satisfied contemporary women travellers at an affordable price.

Air India will once again carry on the tradition of operating flights with crews only consisting of women. They have been operating such flights for the last few years, and this year they would do so on both domestic as well as international sectors. An official said that such a move would send the message that women are just as capable as men are, when it comes to the tough job of flying.