Happy New Year: Google Doodle celebrates the first day of the leap year with Froggy, it's weather frog catching the first sunrise of 2020

Ending the decade to move into a leap year, the world celebrates New Year 2020 on Wednesday and to mark new beginnings, Google was seen using its signature style to be a part of the celebrations. With a doodle of Froggy, the weather frog catching the sunrise, Google treated users to an animated picture on the homepage.Also Read - 'Too Creepy And Manipulative': Meta AI Chatbot on Mark Zuckerberg. What It Said About Donald Trump

While on Tuesday night, the doodle featured Froggy watching the firecrackers lighting up the night sky and being “hoppy” about ringing in 2020, the Wednesday morning saw the weather frog sitting with it’s face towards the sun rising from the foggy horizon. For all those who have checked for the weather report or attempted a Google search for the same, are familiar with Froggy who keeps popping up regularly. Also Read - Why Has Google Removed Over 1.11 Lakh Harmful Content Pieces? Find Out 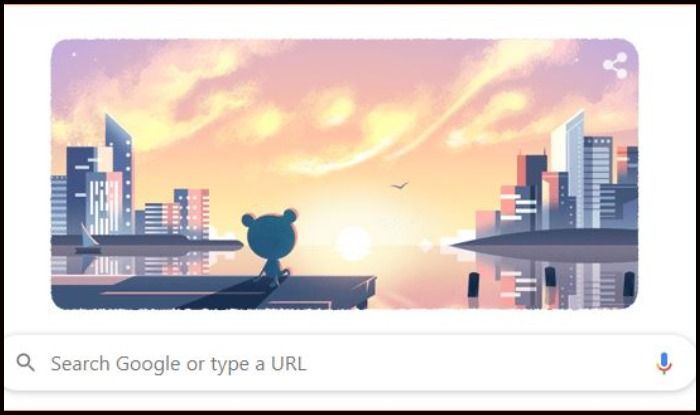 On New Year’s eve, Froggy excitedly shared his happiness with the users as he said, “The 2020s are sure to be ribbitting! Once the clock strikes midnight, the new decade begins! Time sure is fun when you’re having flies Ready to jump in? Hoppy New Year’s Eve!” Designed by Sophie Diao, a professional Doodler, Google also released eight other designs by her featuring Froggy on its page.

An important part of this celebration is to send good wishes to all and hope the New Year brings along more happiness, good luck and victories for everyone than the previous year did. Positivity, festive cheer and happiness are the defining attributes of any new year’s celebrations, and it is no different this year.

We wish you have an amazing year ahead!