Hina Khan's latest picture in a floral dress is unmissable.

Actor Hina Khan, who is an avid social media user, is currently busy shooting for Vikram Bhatt’s project North of Srinagar in Srinagar. Earlier today, she took to her Instagram stories to share her picture in below the knee length pastel blue floral dress. She teamed up her look with pink footwear and styled her hair in a ponytail. In the photo, she can be seen posing against a white door and look gorgeous, as ever. Also Read - Hina Khan in Mirzapur: Actor Wants to do a UP-Based Role With 'No Fashion' And 'Typical Accent'

With 5.7 million followers, she never misses grabbing eyeballs. From her Kasautii Zindagii Kay shoot days to her Cannes look, she has always been on a top-notch with her social media game. Also Read - Hina Khan Shares Heart-warming Video Depicting Her 12 Years of Glorious Journey, Says 'Fans Make It Worthwhile' 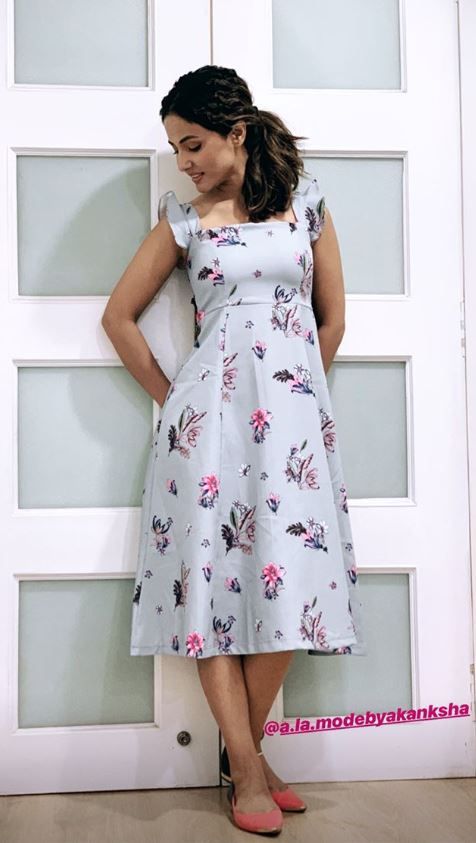 In another picture shared on Instagram stories, she has uploaded lovey-dovey pictures with her beau Rocky Jaiswal. In the first picture, she can be seen looking at her boyfriend and smiling her heart out. Dressed in traditional wear, the couple looks stunning together. 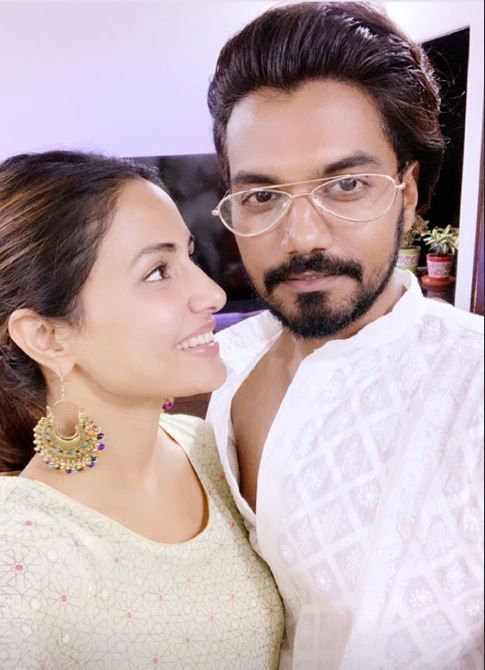 In the last picture, she can be seen sitting on the street of Paris along with Rocky and giving a romantic pose. She captioned it as, “The way you look at me. (sic)” 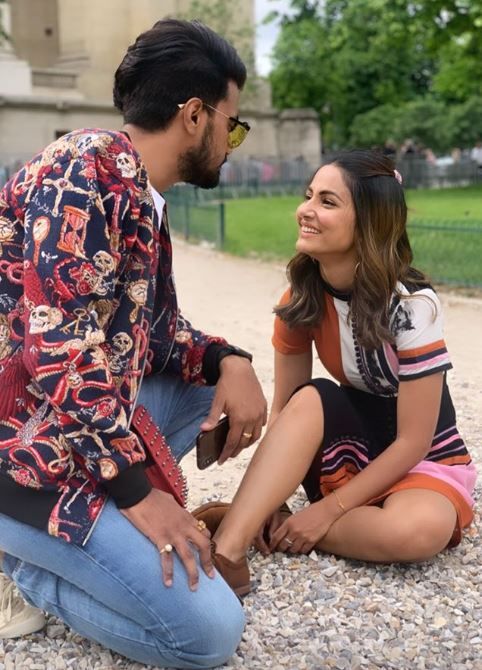 Earlier, she has shared an adorable picture from the Cannes to wish Priyanka Chopra on her birthday. She captioned it, “Happy Birthday @priyankachopra #GirlsForGirls. (sic)”

Meanwhile, on the work front, she has also wrapped up the shooting of another film titled Wish List in Europe and finally, this talented actor has started shouting for Vikram Bhatt’s film North of Srinagar. It is being reported that she will play the role of a fashion editor. She will also be seen in Lines alongside Farida Jalal.