Actor Hina Khan is currently busy with the promotions of her upcoming film Hacked. The flick will also mark her debut in Bollywood and it has left her fans excited. Hacked managed to create the right amount of buzz on social media with its plot and the film being Hina’s debut on the silver screen. Now, for the promotions, she has been making the heads turn with her sartorial choices. Earlier today, she was spotted by the paparazzi in royal blue gorgeous gown teamed up with a long white floral coat. With hair styled in soft curls and minimal makeup, she looks hot, as always.Also Read - Hina Khan Flaunts Her Sartorial Choice in Stunning White-pink Outfit For Hacked Promotions 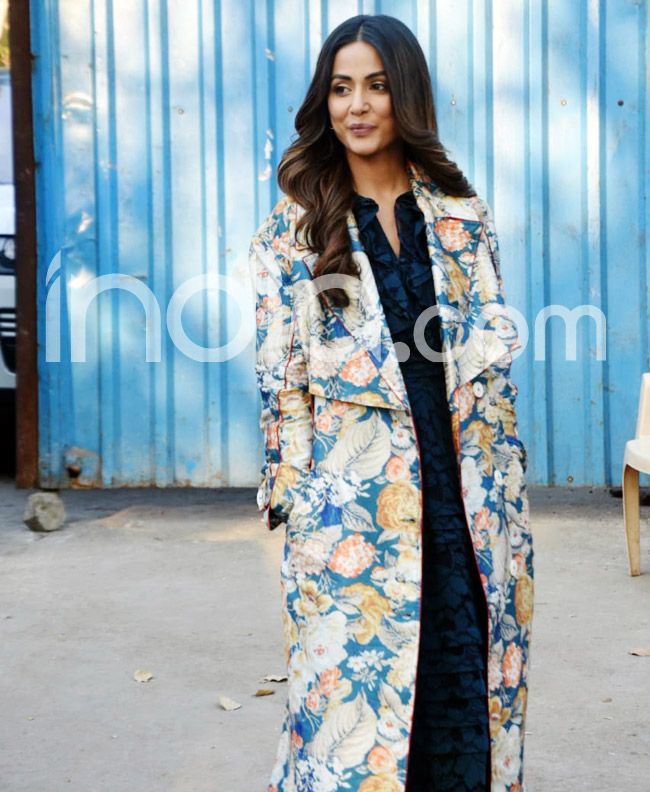 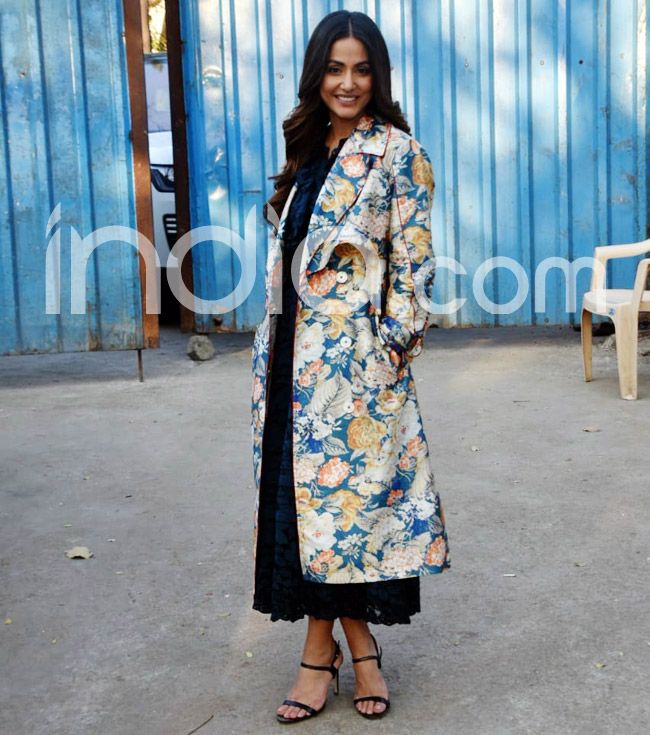 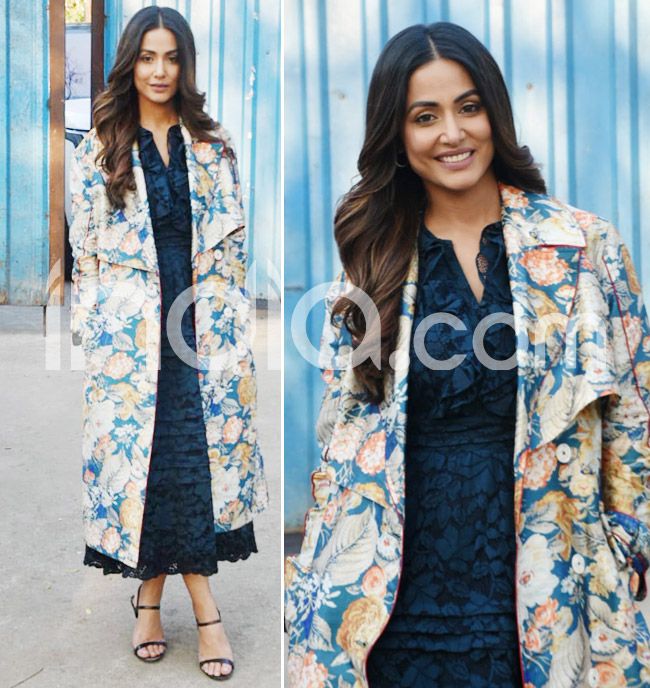 Earlier, she took to Instagram to upload her slew of photos in pink and white checkered dress teamed up with white boots. With dewy makeup, highlighted cheeks, perfect eye makeup, kohl in eyes and a dash of lipstick, she looks hot, as always. Sharing the post, she wrote, “Hacked promotions Look @madebycuin Boots @koovsfashion Styled by @sayali_vidya MUA @satyamakeupartist Hairstylist @sayedsaba @rishabhkphotography.” (sic) Also Read - Hina Khan's Denim-on Denim Look is Absolutely Stunning And it Has Left Her Fans Impressed

Talking about the film Hacked, it revolves around a 19-year-old boy who gets obsessed with a woman in her early 30s named Sameera Khanna (Hina Khan) hacks into her social media accounts to take revenge when she refuses to be in a romantic relationship with him. What ensues is a scary world for Sameera when she realises that she’s being watched all the time. She gets to know that all her private pictures have been leaked on social media, emails are being sent from her accounts without her knowledge and the boy has even accessed the details of her funds and other confidential information.

She has several film projects under her kitty. She will be making her Bollywood debut with The Lines. She will also be seen in Wish List and Vikram Bhatt’s North of Srinagar. Another film under her kitty is Indo-Hollywood film, The Country of The Blind where she will be playing the role of a visually challenged girl.