Let’s hope viewers enjoy the episode as much as the contestants did.

The ongoing season of Bigg Boss is all set to get hotter. The ardent viewers must be prepared for more skin show and palpable sexual tension in the air. A preview clip of Bigg Boss 11 episode shows the contestants getting ready for an exciting pool party. Female contestants Hina Khan, Benafsha Soonawalla and Bandagi Kalra have turned into hot bikini babes. The skimpily-clad women are joined by the male participants as they have a blast in the house party. Just when we were defending Bigg Boss 11 to be less voyeuristic in comparison to their international counterpart Big Brother, they shattered our belief. Seeing the guys shout ‘bikini, bikini’ to their female housemates in a racy house party is definitely going to further dent the controversial show’s image. Nevertheless, this is not the first time when Bigg Boss house has staged a raunchy and boisterous pool celebration. Former pornstar turned Bollywood actress Sunny Leone leads the brigade of hot female contestants who set the temperatures soaring with their sexy bikini avatars. Also Read - Bigg Boss Contestant Digangana Suryavanshi Attacked By Peacock, Fans Can't Stop Laughing | WATCH 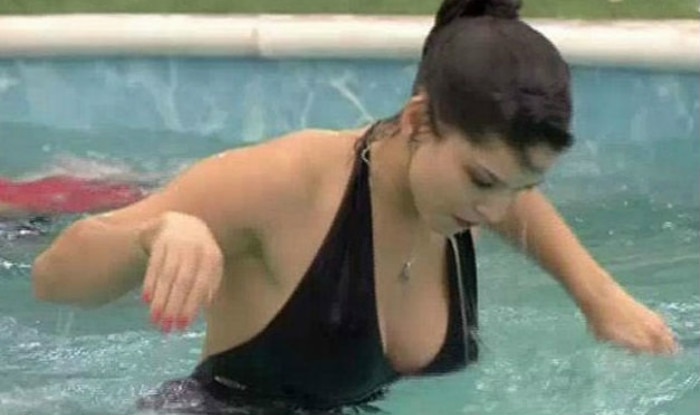 Former adult star turned Bollywood actress, Sunny Leone remains the hottest wildcard entrant on the Bigg Boss show. Her journey on the show was thoroughly entertaining and was well-received by the audiences. Be it her sexy pole dancing or hot bikini avatar, Sunny Leone nailed it all acts to the perfection. Also Read - Rimi Sen: Bigg Boss Doesn't Help Your Career, Fame is Just For One Year | Exlcusive 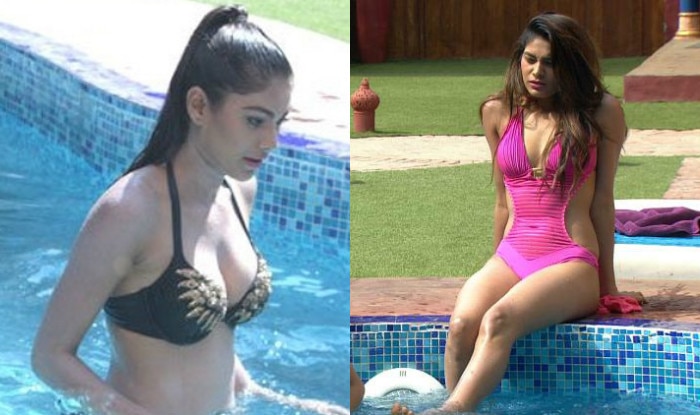 The beauty queen from Maharashtra remains one of our favourite Bigg Boss bikini babes. The Bigg Boss 10 finalist was a sheer delight to watch in her fancy range of swimsuits. 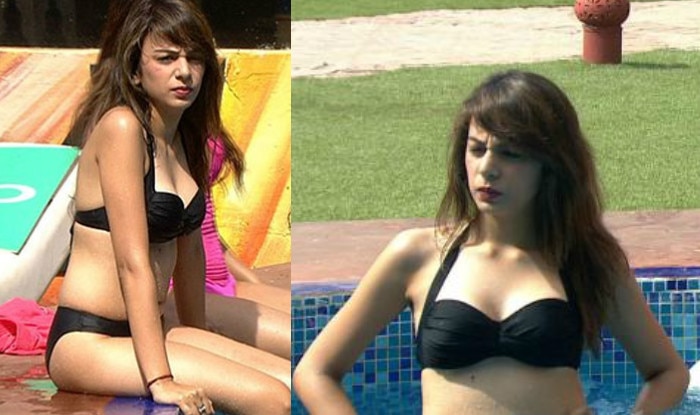 Nitibha Kaul was hailed as the ‘Google Girl’ after the Delhi resident left her job with the internet giant to participate in Bigg Boss 10 show. She participated as a commoner but left the house no less than a celebrity. Nitibha remains on our list of sexiest bikini moments inside the Bigg Boss house. 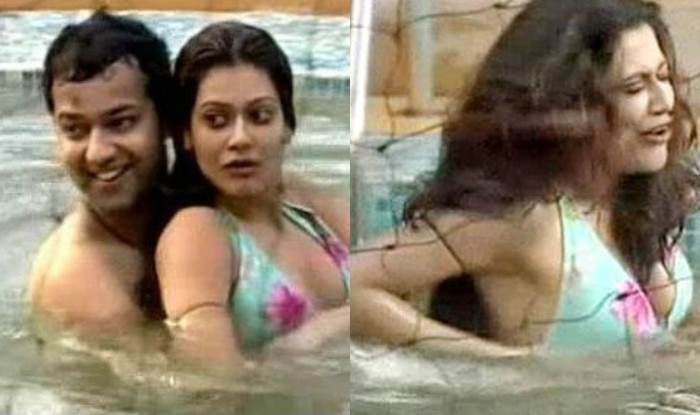 Actress Payal Rohatgi remains famous for wearing her floral bikini and getting intimate with fellow contestant, Rahul Mahajan. The pictures of former lovebirds indulging in some serious PDA in the pool are still splattered all over the internet. 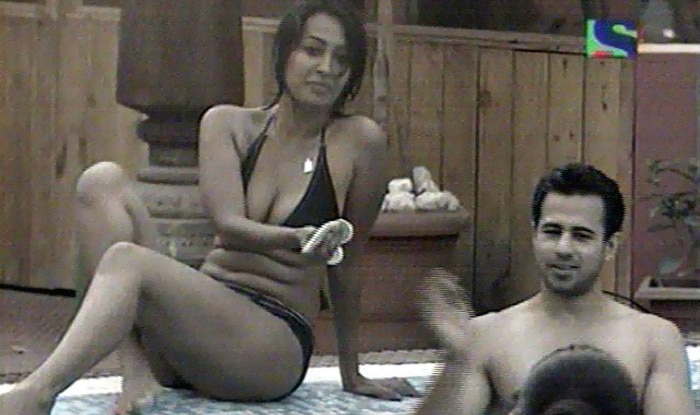 Sexy siren Kashmira Shah turned up the heat right in the first season of Bigg Boss. The bold actress had no inhibitions flaunting her curves on the national television. On a number of occasions, Kashmira was seen jumping into the pool, giving viewers a good view of confident self.

Housemates set temperatures soaring in the house as they do the ‘Paani Wala Dance’! Don’t miss all the fun tomorrow on @biggbossinsta

After a look at these former Bigg Boss contestants who breathed fire with their sensuous demeanor, it is time to see the clip of upcoming pool party inside Bigg Boss 11 house.  The video begins with Priyank Sharma along with other housemates shouting ‘bikini, bikini’. After this we see the ladies get ready to rock and roll in the skimpiest swimwear. MTV VJ Benafsha Soonawalla dons her skimpy turquoise blue bikini, while BB 11’s ‘beauty with brains’ Bandagi Kalra wears a lacy black pool outfit. But it is television’s beloved Akshara aka actress Hina Khan’s backless swimsuit moment that has caught everyone’s attention. The entire house comes together to dance to the tunes of ‘Paani Wala Dance’ forgetting all about their differences and fights. Let’s hope viewers enjoy the episode as much as the contestants did.