Holi 2015: 5 songs to celebrate the festival of colours

Holi is one of the best festivals because it is all about fun and festivities. Amazing food from lip-smacking gujiyas to bhaang filled ladoos, you can have the non-inebriating sweets as well becau 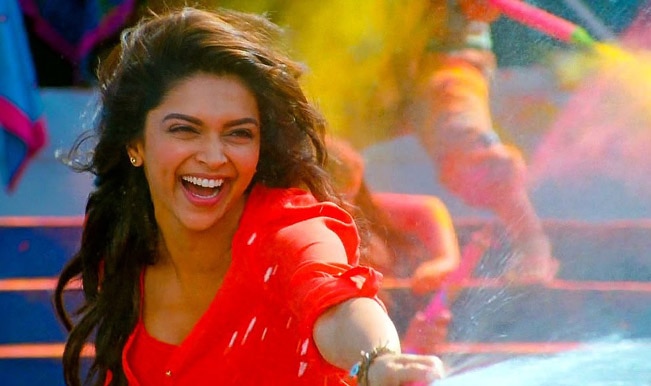 Holi is one of the best festivals because it is all about fun and festivities. Amazing food from lip-smacking gujiyas to bhaang filled ladoos, you can have the non-inebriating sweets as well because after playing with colours, wet or dry, you have a happy high that no drug can give you. There are some new songs but there are always the classics from Indian films that bring in the spirit of Holi. From Rang Barse Bheege Chunarwali to Balam Pichkaari, choose any song, take a fist full of gulal and shout buraa na maano holi hai as you smear people with colour. Enjoy the songs and bring in the spirit of Holi as you feel the excitement growing. Also Read - Navratri 2021 Durga Ashtami Date And Shubh Muhurat: When to Observe The Ashtami Fast - October 13 or 14?

The song Rang Barse from the 1981 film Silsila has been sung by Amitabh Bachchan himself and his baritone voice has made it one of the most popular songs for the festival of Holi. The song was penned by Amitabh bachchan’s father, Harivansh Rai Bachchan. The music composers are the noted Shiv-Hari who have both created wonderous melodies before and after this sing.

The song from arguably the most popular film in the Hindi film industry comes from a pivotal scene in the film. Gabbar seeks out the two protagonists while they are busy enjoying and dancing in the festivities of Holi. Dharmendar and Amitabh Bachchan dance with Hema Malini in this song at a time when Dharmendar was a better known hero as compared to Amitabh Bachchan.

The 2013 hit film has another reason for its massive success, super popular songs. Balam Pichkari is probably the most recent song that is popular not only in India but abroad as well. Deepika Padukone, Ranbir Kapoor, Kalki Koechlin and Aditya Roy Kapoor enjoy the festival of colours on their trip away from home in a revelation for a few characters.

The lyrics from the commercially flop film, Waqt – The Race Against Time, starring Akshay Kumar and Priyanka Chopra are silly and the choreography is funnier but it is a fun dance track. It’s got speed and grippy lyrics that make you dance like crazy, a particular hit during a Holi rain dance.

Another Amitabh Bachchan sung song makes it to our list of 5 Holi songs. The film, Baghban, is about family values and the song shows the enjoyment is felt the most when it is shared with your family. The film does take a turn where Hema Malini and Amitabh Bachchan get separated for the happiness of their children but in happier times, the entire neighbourhood joins in the festivities led by Amitabh Bachchan.

Songs, dance and fun is a compulsion and a compulsion we love and wait all year round for. Burning the old leaves and tree trunks for Chotti Holi or Holika before Holi just has us jumping with joy inside with the excitement filling up for getting up early on the date of Holi (March 6th, 2015) and run out of the house after stuffing your mouth with food. Make sure you eat something for two reasons, your mother will be happy plus you need the energy to fling colour at innocent bystanders.