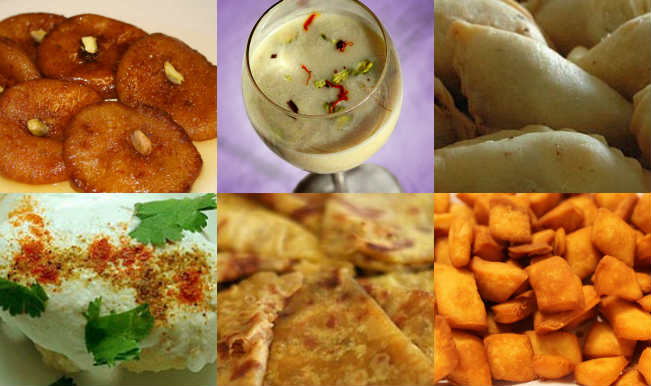 Bhavna Lamba, 28, has fond memories of her mother and grandmother in a kitchen bustling with the sound of the utensils and emanating an intoxicating fragrance of sweet gujiyas and salty mathhis before Holi every year. Alas, she neither has the time nor the patience to cook such homemade delights. Quicker solutions from sweets shops and online orders come in handy. (Read: Arjun Kapoor,Elli Avram and Sushant Singh all set to celebrate ‘Holi Hai’ on Life OK (in Pics)) Also Read - Varun Dhawan Corrects Paparazzo For Calling Nepal 'Village', Asks Police to Take Him | Watch

“Where’s the time even if we want to cook for special occasions? I have a 9 a.m. to 9 p.m. job, and there’s no time to even learn these things. For some years now, even my mother has stopped spending so much time and effort for homemade goodies, and we feel it’s best to just buy a box of sweets from the market,” said event management specialist Neha Batra, 31.

Popular chef Kunal Kapur reminisces about the days when his mother and grandmother used to make all the ‘Holi delights’ at home from scratch. “Try asking someone to make them today, and they say, ‘What? Excuse me’,” Kapur told IANS during a chat here.

“As far as traditions of cooking special dishes linked to festivals are concerned, very few houses are doing it. Women, mostly career-oriented, don’t want to enter the kitchen. So, somwehere the ritual is dying out. But in houses where the ritual is hardwired, they continue to make the goodies at home,” he added, suggesting that kheer, gujiya, laddoo and thandai are some easy and delectable items one can try.

Nivi Sharma, a Delhi-based journalist, feels a sense of pride that her mother still wakes up early every year on Holi to prepare fresh goodies. “It feels very special, but I don’t think I can ever do that.”

“The main product for Holi is gujiya (a sweet dumpling stuffed with khoya),” Deepta Gupta, executive vice president, Bikanervala Foods Pvt Ltd, told IANS, and added that they have as many as 25 varieties of gujiyas to cater to different tastes.

“We have dry gujiya, chaashni gujiya, kesar gujiya, those filled with dry fruits and even baked and sugar free ones for people with diabetes as we don’t want anyone to stay away from the Holi joy. We get orders for boxes a week prior to the festival,” Gupta said.

A one kg box of basic gujiya can cost anything between Rs.250 and Rs.350, based on where it is bought from. There are also special Holi hampers with a mix of gujia, bhujia, syrups, thandai, and some colours.

Offering these at your doorstep is also an online platform Sweets InBox, a start-up by Pune-based Abhinav Khandelwal and his wife Radhika, who source traditional sweets and namkeens from different parts of the country by tying up with vendors across cities.

“Most households today have working couples. Many of them stay out of their family homes to build a career in other cities. They obviously miss traditional sweets of their region, and they don’t even have time to prepare the sweets and delicacies. So, they can place an online order on our platform,” Abhinav told IANS, adding that they aim to make Holi sweeter for their customers with Holi hampers too!

On another note, Kapur pointed out: “If men start taking an interest (in helping the woman of the house in the kitchen), things might turn around.”