Holi: The legends behind the festival of colors 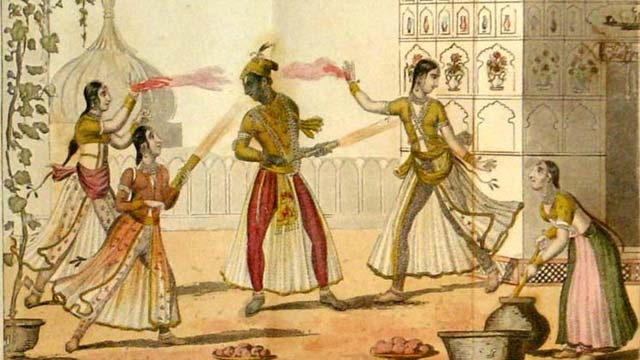 The advent of spring symbolizes rejuvenation, new beginnings and everything in life that is optimistic, sunny and brimming with life. During the festival of colors or ‘Holi’ as it is known in India, nature and people alike join in the celebrations, throwing away the gloom of winter and rejoice in the colors and liveliness of spring. Also Read - Locals In Gurugram Sector 12 Protest Against Namaz At Public Place, Raise Slogans

The colorful Holi originated as an agricultural festival, ushering in the blooming season. Holi, like all other Indian festivals, also has its fair share of mythological significance. And what is most amazing is people from different parts of India have their own favorite names for this festival and their own mythological tale for the significance of Holi.

According to mythology, the festival is known as Holi, owing to the legend of ‘Holika’. In Vaishnava theology, Hiranyakashipu was the king of demons, and had received the boon of immortality from Lord Brahma. As his power and arrogance grew, he began objecting to people’s belief in the divine power and demanded that they worship him instead. 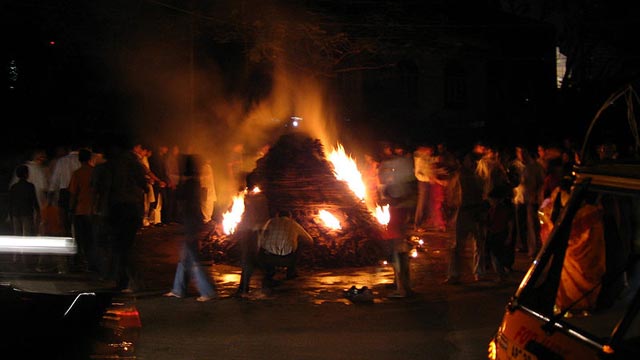 Hiranyakashipu’s son Prahlad was a devotee of Lord Vishnu. The king tried numerous ways to destroy his son’s beliefs. When all else failed, the king ordered his sister to sit on a pyre with the young Prahlad. Holika was blessed with a shawl, which would prevent the fire from harming her. Prahlad happily followed his father’s orders and prayed to the lord to save him. Lord Vishnu saved Prahlad and Holika was burnt to death. From that day on, the burning of Holika is an important part of Holi celebrations, which commemorated the end of evil.

According to another Hindu mythology, Lord Shiva nearly destroyed the world when he learnt about Goddess Sati’s immolation. Even after he controlled his anger, he renounced all worldly duties and went into deep meditation. The world’s balance soon crumbled in his absence and Sati took rebirth as Goddess Parvati to try and win Lord Shiva’s heart and wake him up from his trance.

When Goddess Parvati failed in her endeavours, she requested Kamadev, the Indian god of love to help her. Disturbed by Kamadev’s love arrow, Lord Shiva opened his third eye that fired anger and Kamadev was reduced to ashes. It is said that it was on the day of Holi that Kamadev had sacrificed himself for the good of all beings. Later, when Lord Shiva realized his mistake, he granted Kamadev immortality in invisible form. This legend also gave birth to the custom of offering sandalwood paste to Kamadev on Holi, to assuage the stinging burns. 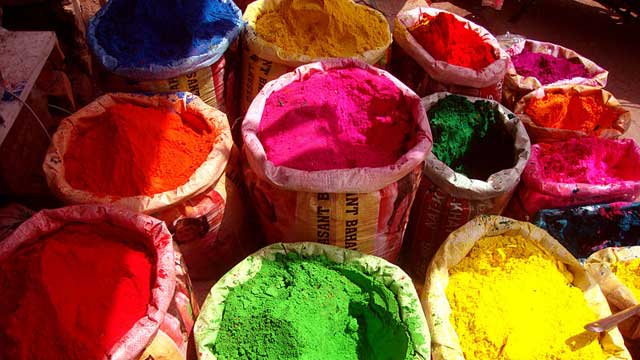 There is another popular fable of ogress Dhundhi who devoured innocent children in the kingdom of Prithu. Dhundhi, had a boon from Lord Shiva that she would not be killed by gods or men, nor suffer from arms or from heat, cold or rain. These boons made her invincible but she also had a weak point. She was also cursed by Lord Shiva that she would be in danger from boys going about crazy. She was ultimately chased away by children’s pranks on Holi. This is the reason that rowdy behavior is considered acceptable in many parts of the country on this occasion.

But out of all the mythological legends, my favorite is the story of Radha-Krishna. Shri Krishna playing Holi on the banks of the river Yamuna with Radha and other gopis is also the most popular reason for celebrating this festival the way we do.

In Vrindavan and Mathura, Holi is celebrated in memory of the divine love of Radha and Krishna. It is believed that when Lord Krishna was young, he often complained to Mother Yashoda about his dark complexion and wondered why Radha was so fair. One day, his mother playfully suggested that he can smear color on Radha’s face and change her complexion to any color he wanted. 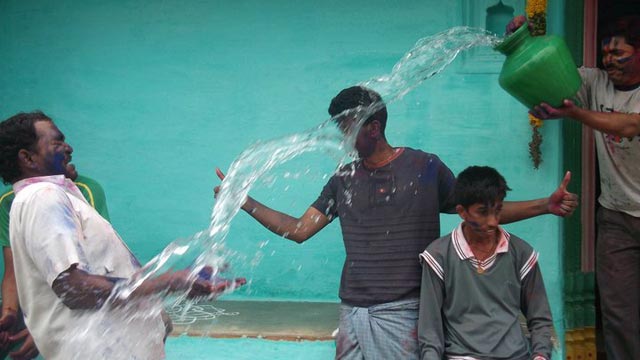 Fascinated by the idea, Krishna smeared Radha’s face with colors and thus, introduced the colorful festival of Holi. Owing to this history, the festival of Holi, even today retains its flavor of naughtiness: smearing your loved one with bright colors and playing pranks on each other. Youngsters also engage in singing and dancing which is reminiscent of Shri Krishna’s Raas-leela with Radha and the gopis, during his time.