Here are some of the subtle things you missed out from the best movies in Hollywood. 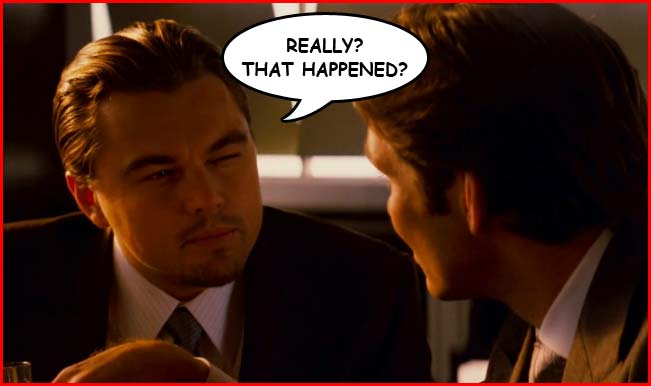 It doesn’t matter how many times you’ve watched a movie. Even if it’s a favourite of yours, sometimes you’re going to overlook the most subtle aspects. But you must know that there’s always more than meets the eye! Some of those subtle things that you missed out can become great topics of discussions! So here are the 12 movie secrets you didn’t know about: Also Read - 'I am Gonna Track Down Your Address': Captain America AKA Chris Evans' Message to 6-Year-Old Hero Who Braved Dog Attack to Save Sister | WATCH

The Avengers Also Read - 'I Know a Superhero When I See One': Former Catwoman And The Hulk Laud Six-Year-Old For Saving Little Sister From Dog Attack 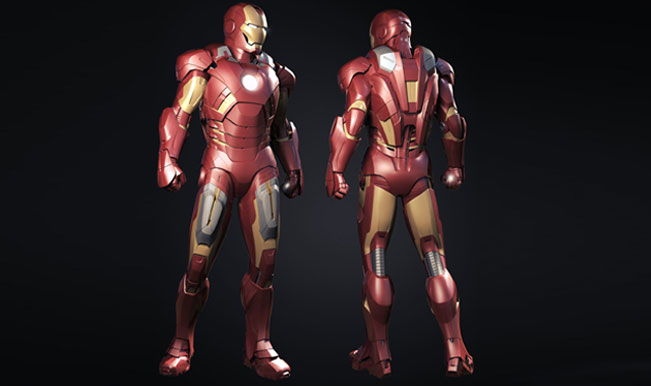 Avengers was Marvel’s first film that made 1 billion dollars. Swapping the triangular chest piece from Iron Man 2 for the nostalgic circular one, many failed to notice Iron Man donning a thruster backpack. Joss Whedon, who’s a huge comic fan, decided to modify the cool Iron Man armor for more ‘comic book’ poses, as it wouldn’t be possible with Tony Stark to stabilize himself with palm thrusters from the previous suit.

Harry Potter and the Goblet of Fire 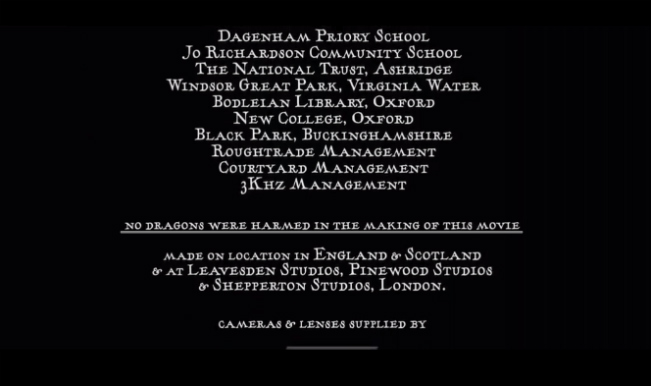 In the end credits of the 4th installment to the Harry Potter franchise, there’s a blurb that states, “No dragons were harmed in the making of this movie.” It only means one thing! That, dragons are real! But it certainly wasn’t harmed in Harry Potter and the Goblet of Fire of course. 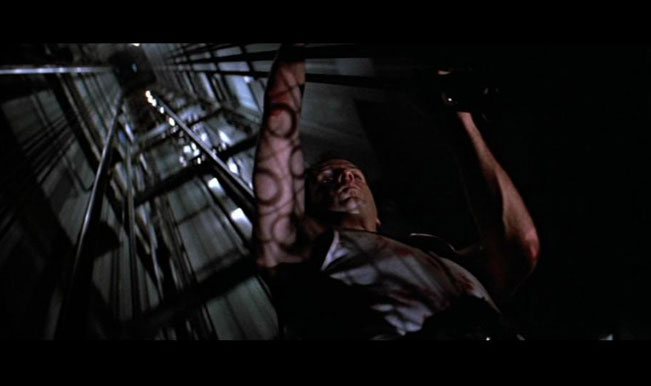 John McClane falling down the elevator shaft was actually a mistake. The stuntman was supposed to grab the first vent as written in the script, but slipped and continued to fall down the shaft. The footage was kept instead of it being wasted and was edited together with McClane grabbing the next vent down. Also, Bruce Willis received the role of McClane only after it was passed on from Arnold Schwarzenegger to Sylvester Stallone, Burt Reynolds, Richard Gere, and Harrison Ford. Just imagine how it would sound if Arnold screamed – “Yippee-ki-yay, motherf**cker!”

Director Jon Favreau used a remote control to manually pop the jack-in-the-boxes in order to surprise Will Ferrell. So it goes without saying, that Will’s reactions in the scene are totally genuine. Also, Jim Carrey was originally supposed to play the lead role of Buddy the elf. 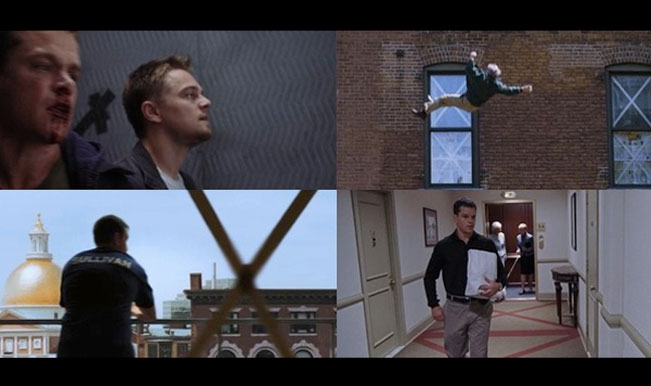 Martin Scorsese brilliantly used an ‘X’ to imply impending doom throughout the 2006 crime movie. Before each character was killed there was an X or several of them in some scenes. 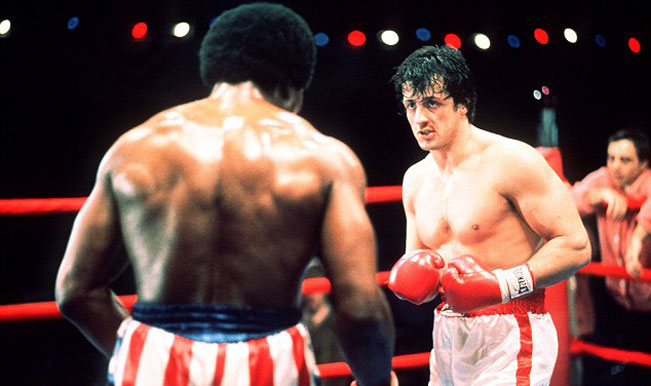 The poster seen above the ring before Rocky fights Apollo Creed shows Rocky wearing red shorts with a white stripe when he actually wears white shorts with a red stripe. It was an actual mistake made by the props department that they could not afford to rectify. So Sylvester Stallone came up with the idea for the scene where Rocky points out the mistake himself and he points it out and is told that “it doesn’t really matter does it?” 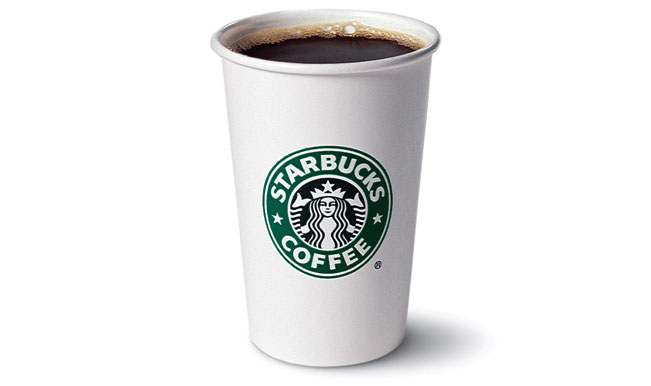 There’s a Starbucks cup visible in every scene in the hugely hit movie – Fight Club. Director David Fincher decided to include a Starbucks coffee cup in every single scene to highlight how consumerism has taken over our lives.

Cars and Cars 2 boast appearances by real-life figures from the racing world. The 2006 original is heavy on the cameo appearances, racing drivers like like Richard Petty (NASCAR), Mario Andretti (F1) and Michael Schumacher all lend their voices to the proceedings. The trend continued in 2011’s Cars 2, with the movie featuring voice work from well-known drivers like Lewis Hamilton. 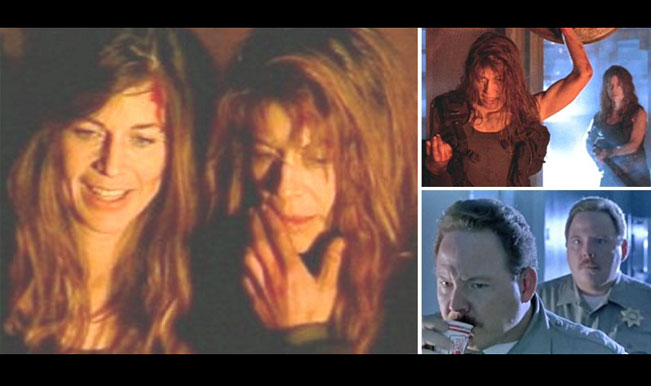 Linda Hamilton’s twin sister was used for the scene where the T-1000 imitates her in the movie at the end. James Cameron used a logical way out and saved a lot of time, money and effort by using Linda’s real-life twin sister instead of using CGI. The same twin-technique was used when the T-1000 becomes the prison guard. 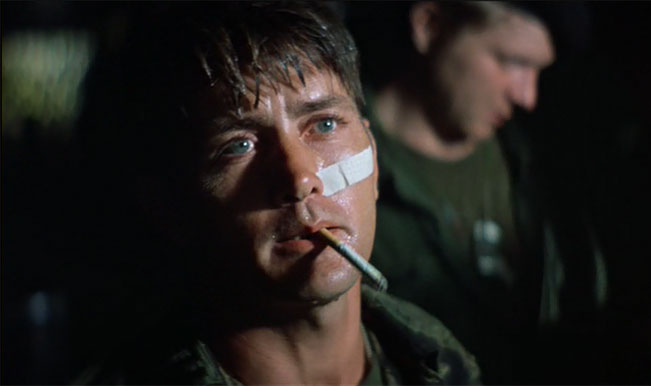 In Francis Ford Coppola’s 1979 epic war film – Apocalypse Now, actor Martin Sheen had a heart attack during the filming. A few shots of his character Captain Benjamin Willard’s back are of doubles, including Sheen’s brother – Joe Estevez who was flown out specially to stand in for him in a number of long shots and in some of the voice-overs. Coppola was so worried that backing would be withdrawn by the studio if news of Sheen’s heart attack leaked out, that he kept it quiet. Martin was able to resume filming a few weeks later. 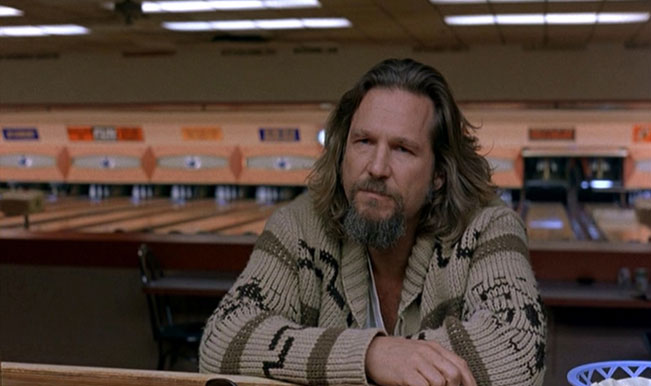 It’s safe to presume that Jeff Bridges just smoked a bunch of drugs before every scene in the Coen Brother’s superb – The Big Lebowski, to look like he was high all the time. But it seems that, Jeff Bridges didn’t smoke up instead would just furiously rub his eyes to make them look red and make himself look high. 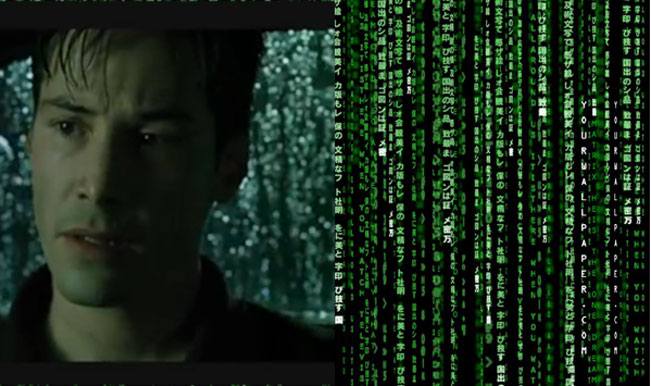 The rain in the background of the “bug” scene was designed to look like the famous “Matrix Code”. The free-flowing code represents the happenings within the virtual world of the Matrix and has become synonymous with the film.