Horrible Bosses 2 trailer: The three crazy criminals are back

Horrible Bosses was an immediately connecting title for a movie for many who hate their bosses for the several reasons they may have and the film turned out to e extremely funny. It was extremely 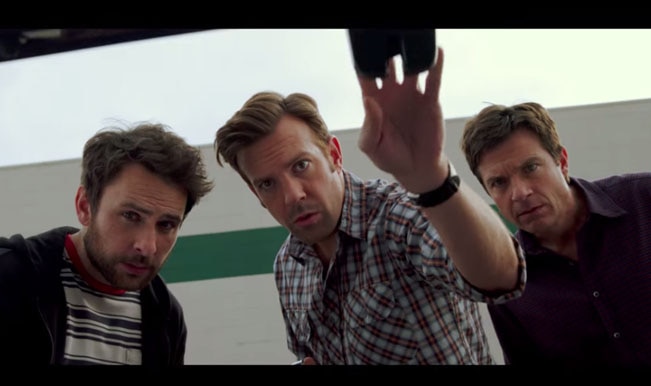 Horrible Bosses was an immediately connecting title for a movie for many who hate their bosses for the several reasons they may have and the film turned out to e extremely funny. It was extremely successful as well and now we have Horrible Bosses 2 which releases soon with Jason Bateman, Jason Sudeikis and Charlie Day as the three scared employees who have a new problem. Who do they turn to for help, Jamie Foxx of course, their criminal affairs aide and advisor to all plans that are against the law to meet their needs. Colin Farrell and Jennifer Aniston also join the three on their way to becoming second time offenders. Also Read - Friends Reunion Makes History on ZEE5, Records 1 Million Views in Less Than 7 Hours

The three want to perpetuate a kidnapping and all hell breaks loose as the plan is blown to pieces bit by bit from an unsuspecting element, the kidnapped victim. Chris Pine joins in the second installment of the film with Christoph Waltz as his father. Tired of being answerable to someone else, the three guys start a business owned by themselves and invent something called ‘Shower Buddy’. They get an investor and he places a huge order but then goes back on his commitment as his son uses the idea to make essentially the same product with a different name. Here’s the UK trailer and the international trailer below. Also Read - Friends Reunion Review: As if Someone Just Gave a Warm Hug And Said 'I'll be There For You'