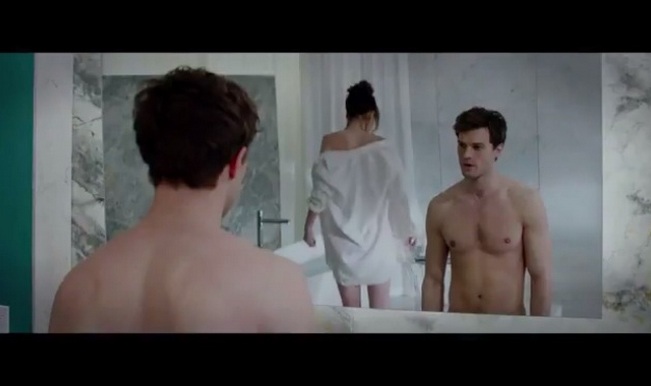 Like we’d told you seeing an earlier teaser of Fifty Shades of Grey, the story of Christian Grey and Anastasia Steele on film promises to be a very sexy film – unlike one seen before. Also Read - Fifty Shades Freed Movie Trailer: Sexy Couple Dakota Johnson and Jamie Dornan Are Back With The Steamiest Video

And we must say, we’re already in love with Jamie Dornan and Dakota Johnson in the film – their chemistry is superb. Whoever said they lacked chemistry in the first cut must be dreaming! Or maybe they were asked to reshoot to improve upon their onscreen tangle. Whatever! You must watch the new Fifty Shades of Grey trailer, even if you’re not a fan of the book!

Catch it in the player below!