How to cheat death? These lucky people around the world survived some close calls – Watch Video

Death is an unpredictable phenomenon that can strike at any odd moment. These people are blessed by a lucky charm as they escape death by the edge of a knife. 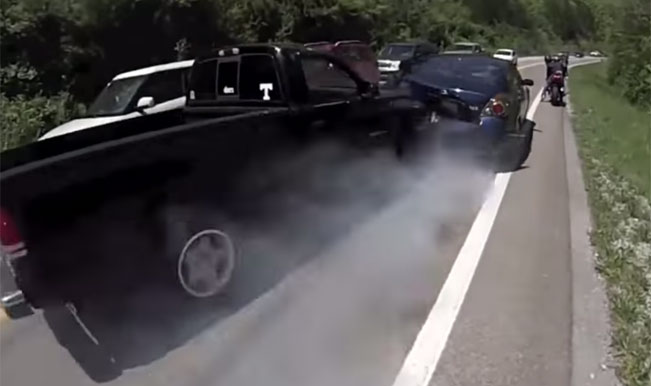 Also Read - Dalbir Kaur, Sister Of Sarabjit Singh Who Died In Pakistan Jail, Passes Away At 67

Death is an unpredictable phenomenon that can strike at any odd moment. It’s like magic; one moment you are enjoying the thrills of life and the other the soul is just plucked off; rendering the body lifeless. Often we have seen some scenes in movies where people are shown to luckily escape death from situations like they are left to die in a pig slaughter machine or when the wing of helicopter stops right in front of your precious parts or the neck. Also Read - Sad Over Cousin's Death, Man Jumps into Her Funeral Pyre in MP's Sagar District

But miracles are often witnessed and a few lucky ones have a protective charm or a guardian angel protecting them from death. Here is a compilation of various such incidents across several countries. The video has garnered nearly 15 million views since it was uploaded earlier this month. From Policemen, children to men/women, to cats and dogs, the GoPro camera or other video recording device captures people evade death by the blink of an eye. At first it appears like the person could have suffered a horrific accident but has come out unscathed from the incident. Also Read - Fashion Designer Jumps To Death From 14th Floor In Gurugram, Probe Ordered

Take a look at the compilation and leave your comments.