Hunterrr trailer: Gulshan Devaiah, the sex addict has all the fun in this adult film!

Deepika Padukone’s angry cousin from Ram-Leela, Gulshan Devaiah, is back to the big screen with a cheesy look. 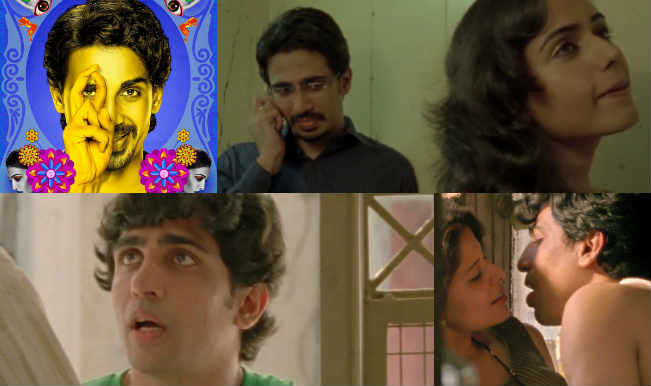 Deepika Padukone‘s angry cousin from Goliyon Ki Raasleela – Ram-Leela, Gulshan Devaiah, is back to the big screen with a cheesy look. The Bangalore actor has played negative roles in his previous films, which include Hate Story, Shaitan, That Girl in Yellow Boots and Dum Maaro Dum. Gulshan has this time decided to take up a different role to woo his fans. Also Read - Radhika Apte on Nude Pics And Stripping For Parched: I realised, 'There’s Nothing Left For me to Hide'

Hunterrr, produced by Anurag Kashyap’s Phantom Films, is all about a sex addict (played by Devaiah) and his lustful journey in life. Hunterrr the title has also been obviously taken from the famous Hunter song from Anurag Kashyap’s superhit Gangs of Wasseypur. Also Read - It's Terrifying And Sad: Radhike Apte on Scrutiny of OTT Platforms

From the trailer it seems Gulshan has perfectly portrayed the role of the protagonist Mandar Ponkshe. The video begins with the Hate Story actor explaining why he belongs to a different sect of people called as ‘Vaasu’ and ‘Ch****’ (foul language alert).

The trailer has been spiced up by a song by Bappi Lahiri, and it sounds similar to the singer-composer’s Ooh la la song from The Dirty Picture.

Written and directed by Harshavardhan Kulkarni, Hunterrr is all set to hit the screens on March 20, 2015. The movie also stars Radhika Apte and Sai Tamhanka in important roles. Hunterrr is co-produced Mansi Maroo, Rita Patel, Amitabh Shukla and Raja Tangudu. Khamosh Shah has composed the music for the movie. Watch the trailer of Hunterrr in the player below.