I Thought I Was Hallucinating: Woman After Finding Bed Hanging From Light Fixture Outside Her House

The light illuminating the whole bed at night has attracted a lot of attention.

This year has been springing one surprise after another for people, and for some more so than others. If it’s not animals falling through roofs, like the deer in India, then it’s a cyclone uprooting trees and destroying houses. For one woman in the UK, she had the shock of her life when she spotted a whole bed on the side of her house, hanging from a light fixture.Also Read - Frog Playing Ant Smasher on Smartphone Will Leave You Amazed But Ending Will Leave You in Splits

Emily Beattie not only got the surprise of her life but she thought she was hallucinating when, as she was going out of her house to put the garbage bins out at night, she spotted the bed. Also Read - Watch Elderly Woman Drag King Cobra by Its Tail And Fearlessly Throw it Into The Jungle 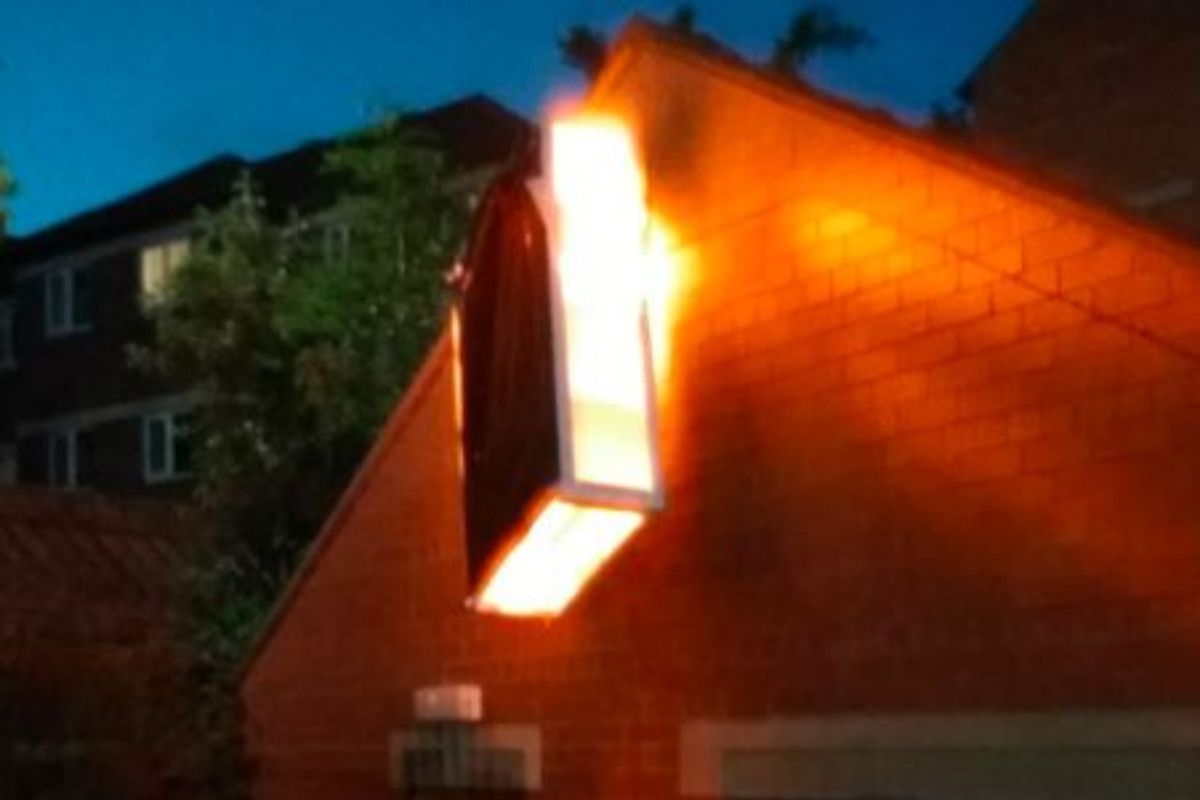 According to mirror.co.uk, the 25-year-old woman, who is a retail worker originally from Livingston, Scotland, could not believe the bizarre scene outside her house. Also Read - Spotted Deer Crashes Through Roof of House in Mumbai, Gives Residents The Shock of Their Lives!

“I thought I was hallucinating when I saw it. I was taking the bins out and I just saw this bed on the side of my house and I thought what the hell is going on here. I was just laughing so much and I went into the house to tell my housemate and they were telling there was no way this was as funny as I made it out to be,” she said. 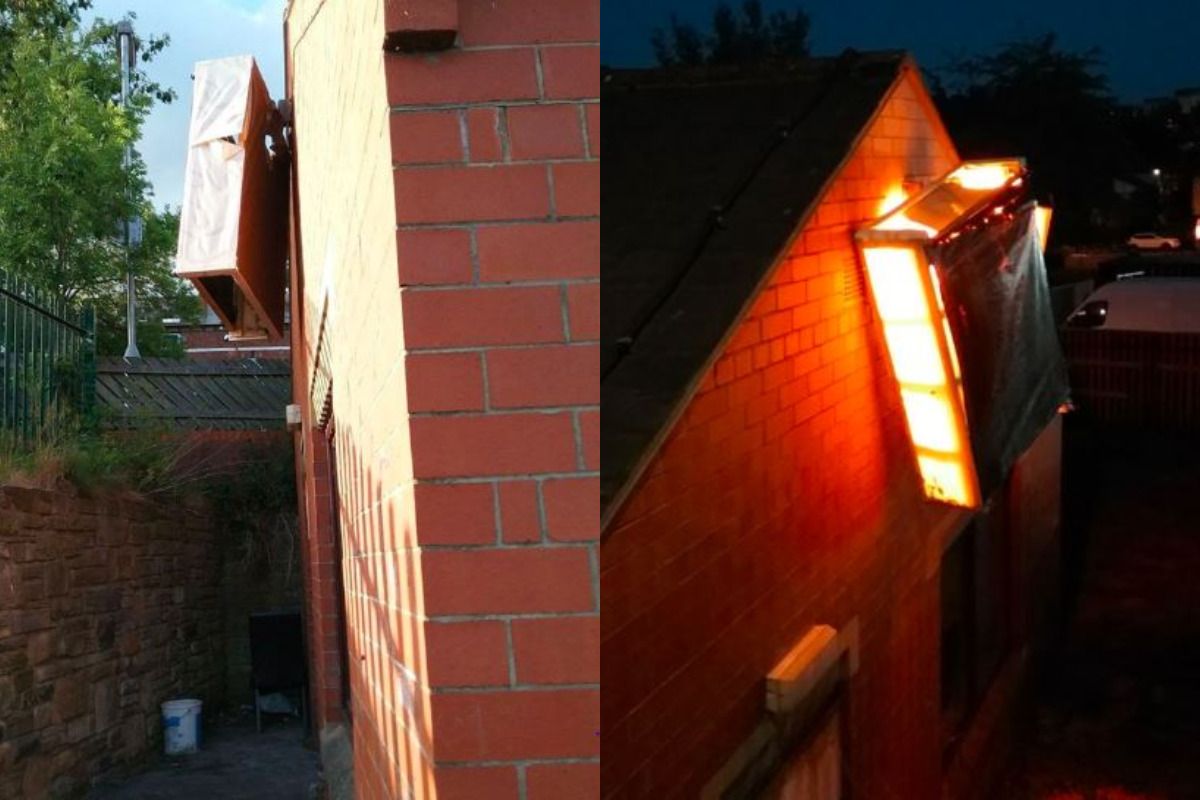 A day and night shot of the bed outside Emily Beattie’s home. Photo Courtesy: Facebook

“It was just strange – I couldn’t believe what I was seeing. For God’s sake how has this happened. It just impaled itself on a light on the side of the house,” she was quoted as saying.

And things got even more funny when the night light automatically came on and illuminated the whole bed. Emily said it became a beacon of sorts, and attracted the attention of everybody passing by in the Hyde Park area in Leeds where she lives. 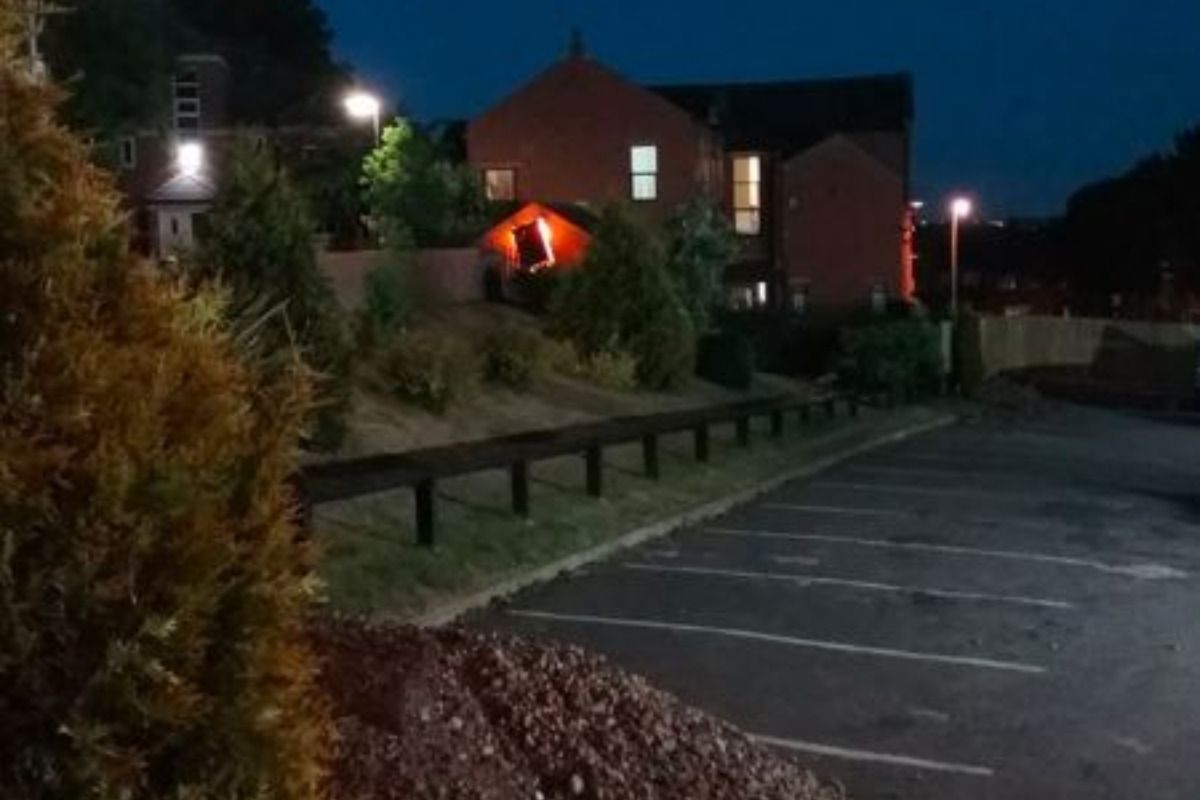 The illuminated bed could be seen from far away. Photo Courtesy: Facebook

It would seem due to strong winds, the broken bed frame flew right up and impaled itself on the outdoor lamp.