Iconic Liril ad with bikini girl and waterfall is back! Watch it here

The soap brand of Hindustan Unilever Limited had been shut down, and has been given a chance again. 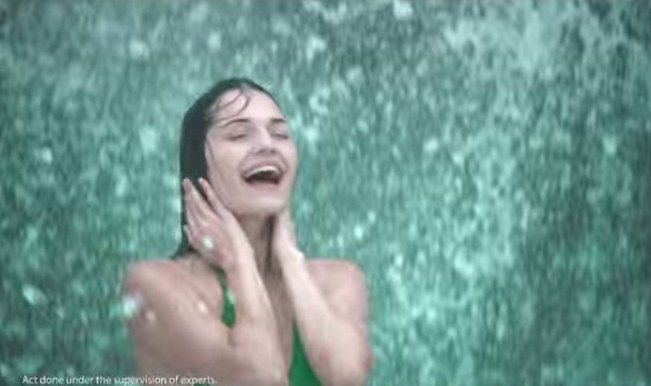 The iconic Liril ad concept that made an impression on viewers of Doordarshan and other TV channels in the 1980s to 1990s is back! In fact, the soap brand of Hindustan Unilever Limited itself had been shut down, and has been given a chance again by the fast moving consumer goods giant. What was so special about the Liril ad? It was the ‘Liril Girl’ Karen Lunel – the smiling girl dancing under a waterfall in a green bikini (the soap’s colour) but not looking cheap. She did not say anything, neither did any voiceover. There was just a song playing the background, La La Ra La Ra, which has attained cult status now. Also Read - Preity Zinta’s Latest Workout Video is a Pilate Vibe Setter

The first Liril bikini girl commercial was made in 1985 by ad filmmaker Kailash Surendranath for ad agency Lintas. It was earlier screened only in movie theatres but soon moved to TV screens. It was so successful that there was a series of such ads later featuring Preity Zinta who is now a Bollywood actress of repute. Actresses Pooja Batra, Hrishitaa Bhatt, Tara Sharma and Anjali Jathar also featured in a Liril ad each, among other models. Also Read - Preity Zinta Lauds Punjab Kings After Phenomenal Win Against Mumbai Indians

The new Liril ad with the ‘Liril Girl’ is also conceptualised by Lowe Lintas. They have maintained the original’s concept and the jingle. Watch the new Liril ad here!