On Thursday morning, that is August 15, 2019, India wakes up not just to another year of freedom from colonisation but also to a heartfelt greeting by search engine Google, that wished the country on its 73rd Independence Day through a doodle collage. Encompassing a mix of India’s rich diversity, the collage in the doodle highlights the nation’s culture in different fields like education, arts, and sports. Also Read - Farmers' Stir: Canada Will Always Stand For Rights of Peaceful Protest, Reiterates Trudeau Amid Diplomatic Row With India

Th citation by Google rad, “On this day in 1947, one of the world’s oldest and most ethnically diverse civilizations became a sovereign nation, free from British rule. The Doodle depicts traditional motifs from Indian textiles evoking the complex yet harmonious “patchwork” of Indian culture, ranging from education to the arts, to courage and compassion. While the subcontinent marks the occasion in various ways — from patriotic kite-flying to Amritsar’s “beating retreat” ceremony — no site is more historically significant than Lahori Gate at the Red Fort in Delhi, where then Indian prime minister Jawaharlal Nehru first addressed the newly independent nation.” Also Read - ‘May Damage Ties’: India Slams Justin Trudeau For Remarks on Farmers Protests, Summons Canadian Envoy 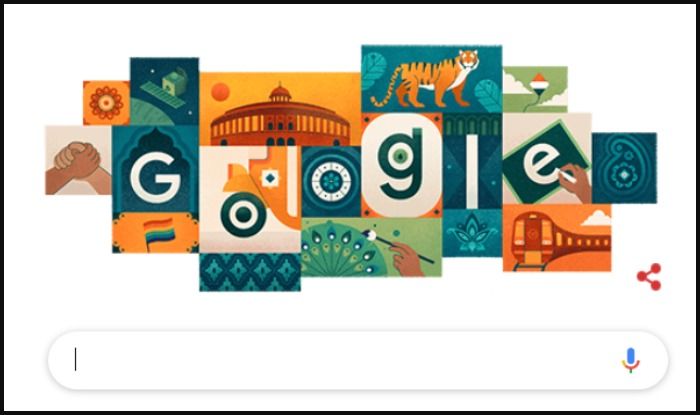 India’s struggle for freedom has been well known all over the world and this day is celebrated by honouring the true heroes of the nation who fought against the British rule to give India its Independence. Some of the noble names among the freedom fighters are Bhagat Singh, Mahatma Gandhi, Chandrashekhar Azad, Subhash Chandra Bose among others. Also Read - Empowering Life After Fifty Five

Independence Day celebrations begin with the hoisting of the national flag and are followed by cultural festivities where young and old get together and remember the unsung heroes with some patriotic songs and poems. The day dedicated to the great people who gave their heart and soul to make India what it is today. While we still battle through several key issues like poverty, illiteracy and other social and economic problems, we need to count the blessings that we have in the being completely free. Here is wishing everyone a very Happy Independence Day 2019!