Kohli and Ajinkya Rahane salvaged the Indian innings before it came down to Dhoni and Ashwin to hold firm for a draw. 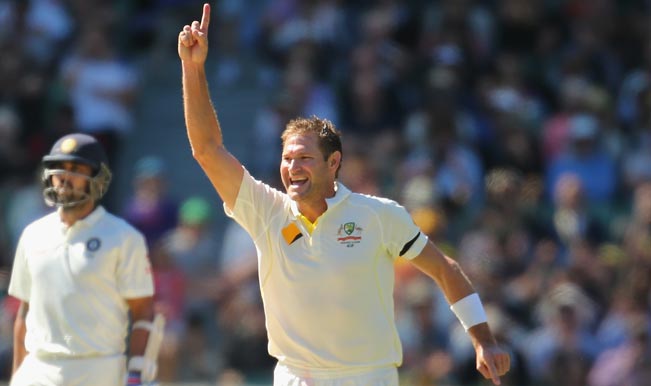 The last day of Melbourne Test began with quite a surprise as Australia decided to extend their lead, which was already well past 300 at the end of day four. Shaun Marsh was unfortunate to miss out on his hundred as he was run-out on 99 and with that, Australia declared their innings on 318 for nine, setting India a target of 384 in 70 overs. The task was cut out for the visitors to hold on and save the Test. After a jittery start, Virat Kohli and Ajinkya Rahane salvaged the Indian innings before it came down to MS Dhoni and Ravichandran Ashwin to hold firm for a draw. Here is how action unfolded on the last day of Melbourne Test. Also Read - COVID-19: With Spike of Over 96,000 Cases, India's Tally Crosses 52-Lakh Mark, Deaths Near 85K

Shaun Marsh takes lead past 350: An overnight declaration was on cards, but Australia decided against it and extended their lead. Shaun Marsh resumed his innings along with Ryan Harris, with latter dismissed after a watchful start. Marsh then played some aggressive shots to take his score into 90s. On 99, the left-hander was run-out and missed what could have been his third Test century. Soon after Marsh’s dismissal, Australia declared and gave India a target of 384 to chase in 70 overs. Also Read - Trump Identifies India, 20 Other Nations As Major Drug Transit Or Major Illicit Drug-Producing Countries

India in trouble early on: In second over of the Indian innings, Ryan Harris trapped Shikhar Dhawan in front of the wickets for a duck. In a surprise move, debutant KL Rahul was promoted up the order, but he lasted only five balls, looking to pull Mitchell Johnson’s short ball but he got a top edge that Shane Watson latched on to after running backwards. India, inside three overs, were reduced to 5 for 2. With pressure creeping in India lost third wicketin shape of Murali Vijay in the ninth over. The opener was adjudged lbw off Josh Hazelwood, but replays showed the ball would have missed the leg-stump. At Vijay’s dismissal India were in deep trouble at 19 for three.

Cheteshwar Pujara and Ajinkya Rahanedepart: At fall of Kohli’s wicket, Cheteshwar Pujara, who was demoted in batting order, came out to bat at number six. He, along with Rahane remained solid and watchful to deny Australia a wicket. Just when the two looked well-set, they fell in quick succession and Australia was back in the hunt for a win. Pujara was cleaned up off a slower Johnson delivery for 21 and then Rahane mistimed a pull to hand Shaun Marsh a catch at mid-wicket to depart on 48. India with fall of these wickets was floundering 142 for 6.

MS Dhoni and Ravichandran Ashwin hold fort: Skipper MS Dhoni and Ravi Ashwin batted for 11 overs to stitch an unbeaten partnership and kept Australia at bay. Ashwin was lucky to survive after Shane Watson put down a catch at first slip, but Dhoni kept playing his shots at times. With four overs remaining in the day, both captains agreed to settle for the draw. With this draw Australia, who were already 2-0 up in the series, win the Border-Gavaskar Trophy. Ryan Harris was adjudged Man of the Match for his 74 in 1st innings and six wickets in the match.This is also the first draw at MCG in 17 years.