At one point it looked like Ireland will post over 300 on board, but Ravi Ashwin spun things around. 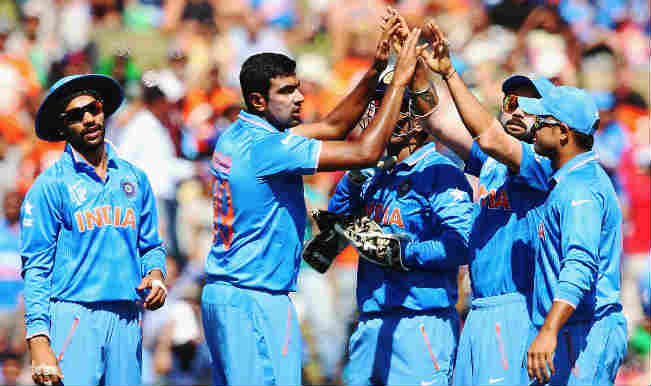 Porterfield, Stirling off to a good start- Ireland opening pair of William Porterfield and Paul Stirling came out to bat with a positive intent and got off to a good start. Both batsmen attacked Indian seamers and took Ireland to fifty for no loss in 7.5 overs. Stirling was the aggressive of the two as he smashed two sixes and four fours before being dismissed on 41. The opening partnership was worth 89. Watch India vs Ireland live streaming & score updates on Mobile. Also Read - Not Virat Kohli, Rohit Sharma; Aakash Chopra Picks KL Rahul as Team India's Best T20 Player

Two half-centuries- Ireland threw away the good start and could not build on the momentum. Irish batsmen kept losing their wickets and failed to form a partnership. Porterfield and Niall O’Brien’s 53-run stand for the third wicket and then O’Brien and Andrew Balbirnie’s 61 for the fourth wicket were the only noticeable partnerships apart from the opening stand. While Porterfield took charge at the top it was O’Brien who guided Ireland in the middle overs. Porterfield was dismissed for 67 and O’Brien for run-a-ball 75.  Watch- Live Telecast & Streaming of India vs Ireland Cricket World Cup 2015 match in India, Ireland, Pakistan, Bangladesh & USA.

Another good day for Indian bowlers- It turned out to be another of those good days for Indian bowlers as all of them feature in wicket columns. Even part-time spinner Suresh Raina returned with decent figures of 40/1 in his quota of 10 overs. Mohammad Shami was superb as he has been throughout and scalped 3 for 41. Ravi Ashwin provided the first breakthrough and ended up with figures of 2 for 38 in 10 overs. Umesh yadav, Mohit Sharma and Ravindra Jadeja chipped in with a wicket each. India once again bowled out their opposition.