India vs Pakistan, Asian Games 2014: 5 things you need to know ahead of this gruelling Hockey match

Last time these two teams met in the Asian Games at Guangzhou 2010 India defeated Pakistan by 3-2 in a group match. 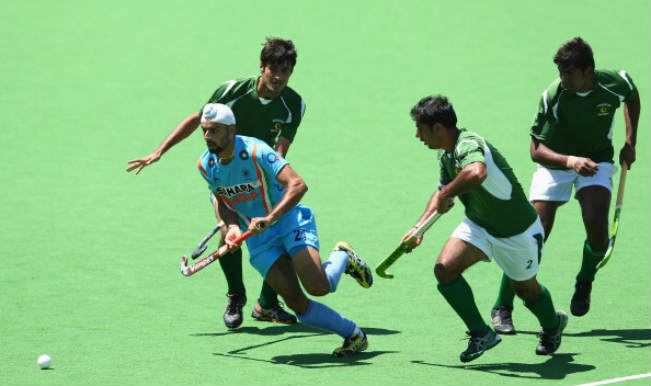 The unmatched India Pakistan rivalry is back as hockey teams from both the nations take on each other in a group match at the 17th Asian Games. The high-profile fixture is all set to garner the attention and level up intensity at the Asiad. With fans from all over the world looking forward for this intriguing battle on the hockey field we bring out five things that you need to know before India clash with Pakistan at the Seonhak Hockey Stadium, Incheon. See Asian Games 2014 Medal Table: Complete Medal Tally of 17th Incheon Asian Games Also Read - Omicron Response: List of Countries That Have Put Travel Restrictions To African Nations

1)     This will be the 13th time India and Pakistan face each other at the Asian Games. Out of previous 12 matches Pakistan has emerged as winner seven times, while India thrice only with two games resulting in draw. Also Read - Delhi CM's Free Pilgrimage Scheme: Kejriwal Govt Includes Kartarpur Sahib in Pakistan. Details Here

4)     While Indian hockey team has won only two gold medals (1966 and 1998) at the Asian Games, clinching silver nine times and bronze twice.

5)     Last time these two teams met in the Asian Games at Guangzhou 2010 India defeated Pakistan by 3-2 in a group match. However, green shirts later went on to win the gold medal game against Malaysia while India defeated South Korea for the bronze medal.