Indian Super League commences from Oct 12 and the latest advt features owners of some teams. 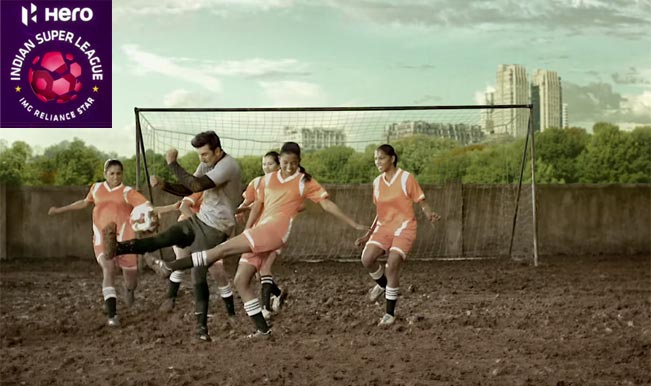 The first ISL promo released displayed India’s diversity with people various classes, creed, religion; irrespective of their jobs or differences play come together to play the beautiful game. What impressed me in that video was there was absolutely no recognisable face, making everyone was considered equal. Also Read - 3rd ODI: India Finish With Consolation Win in Canberra, Australia Take Series 2-1

But as the marketing gurus or advertising geniuses would have it, they want to show faces of the Bachchan’s, the Abraham’s, the Kapoor’s, the Kohli’s, etc. This feels like the advertisement is more insistent on showcasing the usual and unnecessary gaga just like they have done with the Indian Premier League (IPL). Alessandro Del Piero is the only football player, seen playing with some kids; thus depicting a connection with the future generation of aspiring footballers.

Sourav Ganguly appears to be portrayed as a hostel warden who is seen waking up the students to be attacked with a barrage of footballs at Dada. Ranbir Kapoor is playing football with five girls, like seriously, did the ad planner run out of men or did they want to us to get an impression that the the actor can play better football than the girls?

The first question that popped up in my mind is why they have not included a single Indian footballer in the promo? The latest commercial is a polar opposite of the first ad with over-utilisation of Bollywood actors. No Indian footballer, past or present, are considered to feature in the ad.