Indigo molestation case: Shameless old man smiles and says ‘It was a mistake’

Another shocking video of the pervert uncle on Indigo Airlines has gone viral, which shows his shamelessness and lack of remorse towards the incident. 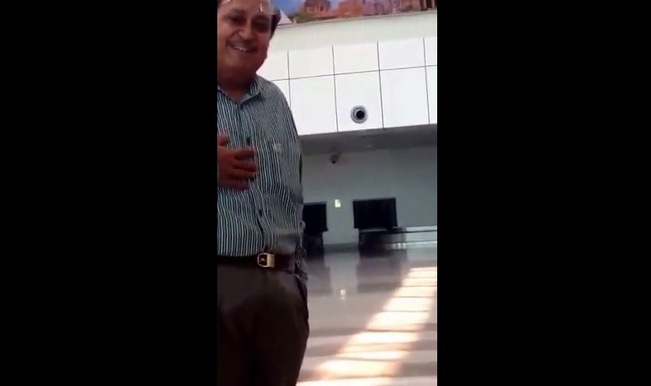 Another shocking video of the pervert uncle on Indigo Airlines has gone viral, which shows his shamelessness and lack of remorse towards the incident. The man in question, allegedly the Chairman and Managing Director of Orind and Shashwat Group of Companies in Singapore (yet unconfirmed), tried to molest a girl on an Indigo Airlines flight to Bhubaneswar. The first video that went viral showed the girl shouting at the man after the incident, as co-passengers looked on. Watch: Shocking video of a chairman and MD molesting girl on Indigo Airlines flight!  Also Read - IndiGo Says its Servers Got Hacked, Internal Documents Can Get Uploaded on Public Platforms

In the first video, the girl had told him she will not be quiet about the incident and even refused to accept an apology from him. In the second recording of her confrontation with this man at ground level, the brave girl tries to put some sense in the sick man’s head. This man, allegedly a well-read CMD – Dr Ravin Jhunjhunwala – simply refuses to look sorry. “It was a mistake,” he says, smiling. Also Read - Lingaraj Temple in Bhubaneswar Reopens For Devotees After Nine Months

The female passenger of Indigo Airlines has now lodged a first information report (FIR) with the police. But it’s sad to see that even with the threat of his act being splattered on social media, the man appears so shameless. Watch the video below!