Have you tried the Dizzy Goals challenge yet? 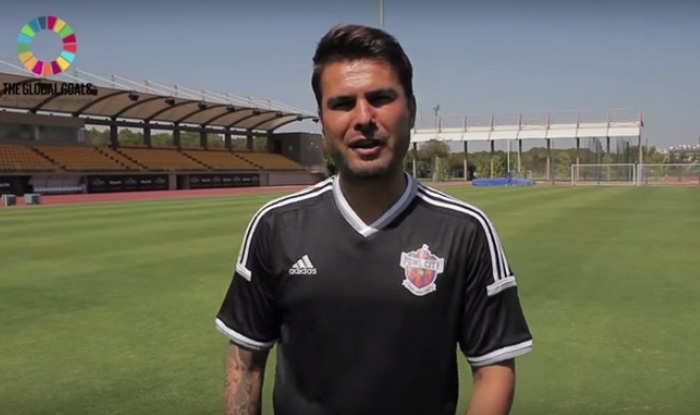 Hrithik Roshan, who is one of the brand ambassadors in India for the United Nations Global Goals for Sustainable Development campaign, recently starred in a short video for the cause along with Hollywood celebrities. And although he did not take part in the Dizzy Goals challenge like his counterparts Akshay Kumar and Jacqueline Fernandez, he made sure some members of his Indian Super League (ISL) football team FC Pune City did it.  Also Read - HFC vs JFC Dream11 Team Prediction Indian Super League 2020-21: Captain, Vice-captain, Fantasy Playing Tips, Predicted XIs For Today's Hyderabad FC vs Jamshedpur FC ISL Football Match at Tilak Maidan Stadium, Vasco 7.30 PM IST December 2 Wednesday

What is the Dizzy Goals challenge? It’s when you hit a perfect penalty kick even after you’ve gone dizzy. Akshay Kumar is the first Indian to take the #dizzygoals challenge, not once but twice! We think Hrithik should take it too, but since he had had a brain surgery in 2013, maybe not. (ALSO SEE: Hrithik Roshan, Jennifer Lawrence, Malala Yousafzai join hands for The Global Goals)

Now that the ISL 2015 is on, we’re sure the Dizzy Goals challenge will be even more popular. Have you tried it yet?