Iulia Vantur who is rumoured to be in a steady relationship with Salman Khan made her stage debut in Indian awards show, Stardust Awards 2017 on superstar Khan’s hit songs.

Romanian beauty Iulia Vantur made her stage debut in Indian awards show, Stardust Awards 2017 on superstar Salman Khan’s hit songs. Iulia who is a model, actor and singer is rumoured to be in a steady relationship with Salman and seeing the 36-year-old get a massive stage presence did not surprise the live audiences and viewers back home. Bollywood superstar Salman Khan is known for having a big heart. The actor is recognised for his generosity and everyone swears by Salman’s kindness in the film fraternity. The 51-year-old actor loves to promote young talent and newcomers in Bollywood. Salman Khan is also widely known for having a soft side to his close female friends who are without doubt hot individuals. Iulia Vantur is not the first of Salman Khan’s hot girlfriends to benefit from the actor’s generous nature. His ex-girlfriend and Bollywood’s A-listed star Katrina Kaif has a lot to thank Salman Khan for, especially her position in the cinema industry. There is a long list of Salman Khan’s alleged girlfriends who used the Sultan actor’s generosity to climb up the steps to stardom. ALSO READ: Salman Khan-Iulia Vantur hot kiss, Salman slaps ‘threat’ to Swami Omji: Top 6 viral pictures of Bigg Boss 10 host. Also Read - Katrina Kaif to Donate Undisclosed Amount to PM CARES Fund, Maharashtra CM Relief Fund 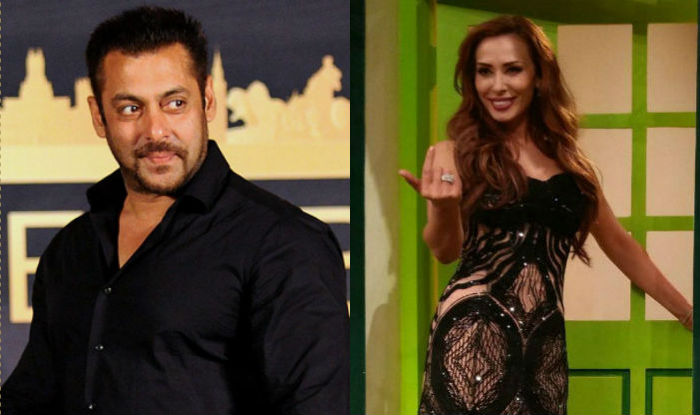 Iulia Vantur, 36-year-old TV presenter, actor, model and singer from Romania is the newest lady ruling on Salman Khan’s heart. The beautiful diva with average talent performed for the first time in Indian awards show Stardust Awards 2017. We appreciate her courage for singing Salman Khan’s hits songs Main Hoon Hero Teraa and Jumme Ki Raat Hai but unfortunately she remained a mediocre performer. But Iulia’s lack of lustrous skills has nothing to do with her popularity which she gains from being associated with superstar Salman Khan. Salman is helping Iulia to set up her singing career in Bollywood and also supporting her in first music album with music director-singer Himesh Reshammiya. ALSO READ: Did Iulia Vantur get style tips from Malaika Arora Khan for The Kapil Sharma Show? 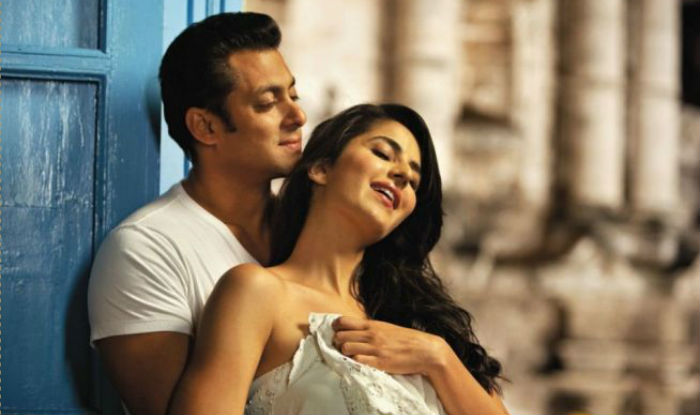 Katrina Kaif started off her career with not-so-forgettable, unaesthetically shot bold movie Boom in 2003. She would have vanished in the thin air had she not been taken under Salman Khan’s wings. The young dreamer was guided by Salman when she took her baby steps into the industry. Katrina rose to prominence and became one of the top notch actresses in Bollywood. Salman and Katrina were also romantically involved till Kat fell for younger actor Ranbir Kapoor and ditched her mentor cum lover big time. As of the present day, Ranbir broke up with Katrina and the actress finds solace from ex-boyfriend turned good friend, Salman, both in personal and professional front. 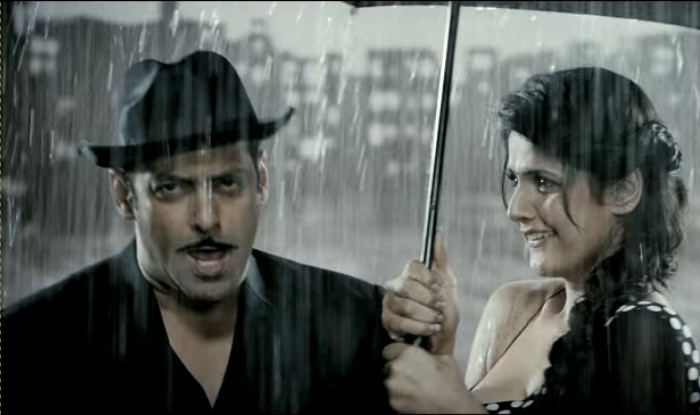 When Salman Khan and Katrina Kaif broke up, Salman Khan was going through a lean phase in his career. During the same time, he introduced Zareen Khan, a newbie whose claim to fame was she reminded audiences of Katrina Kaif. Salman Khan has played mentor to young Zareen who made debut opposite him in Veer in 2010. While the movie tanked on the Box Office, the equation between Salman and Zareen remains warm. 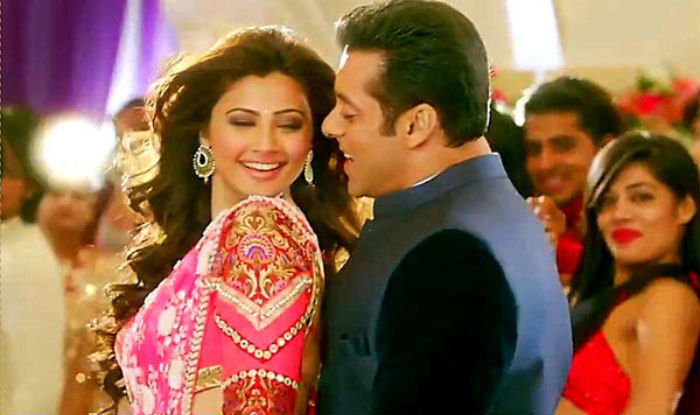 Another Salman Khan devotee is choreographer turned actress, Daisy Shah. Daisy landed a plum role opposite the superstar in 2014 film Jai Ho. Daisy is one of the loyal friends and admirers of Salman Khan and does not shy away from admitting it. She also discusses her projects and career at length with the actor and takes his guidance seriously. 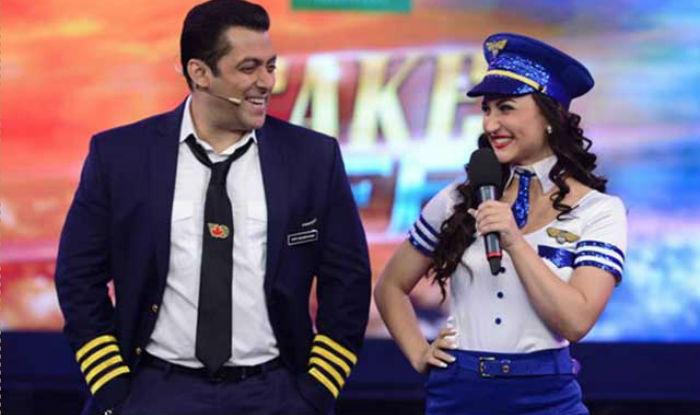 Just like the viewers fell for Elli Avram after watching Swedish-Greek model-actress in Bigg Boss 7, Salman Khan too could not resist Elli’s cute and lovable nature. One can understand the closeness the two shared by the fact that Elli remains the only person who can touch Salman’s phone! While, the truth in this report remains dicey, but it is clear that Salman has a special place for Elli Avram in his life. 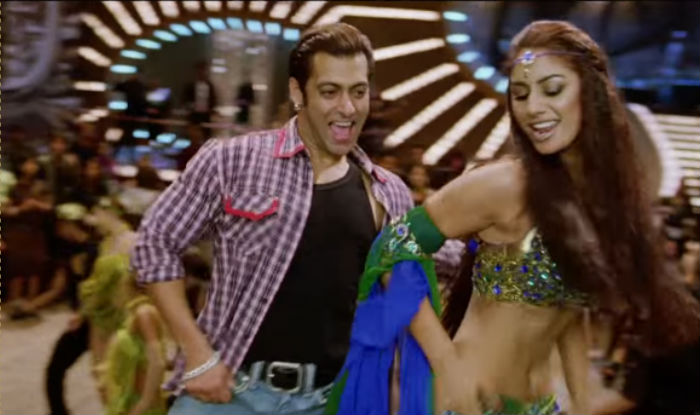 One more struggling starlet who caught Salman Khan’s attention on Bigg Boss show was Mahek Chahal. The dusky beauty participated in Bigg Boss 5 and became a household name. Several stories are floating related to their alleged closeness but what remains true is Mahek Chahal remains one of the few actresses who can seek advice from Salman Khan at any juncture of her career. 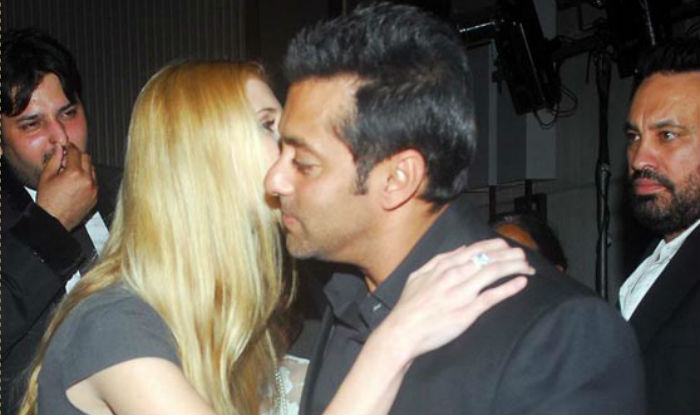 Salman Khan’s love for firang and those in particular who participate in his Bigg Boss show is unmatched. The 51-year-old reportedly shared warm vibes with German model and Hollywood actress Claudia Ciesla who took part in the third season of Bigg Boss. Claudia has also met his family and had some great things to say about Salman and his family. She was quoted saying, “I met his wonderful family – brothers, sister and his darling and handsome father Salim. They are a very warm and friendly family. All very down to earth. Salman is a real man. He has a heart of gold. He is fearless – not scared to admit his friendship with anyone, unlike some other male actors and directors in Bollywood. Salman Khan is my hero,” 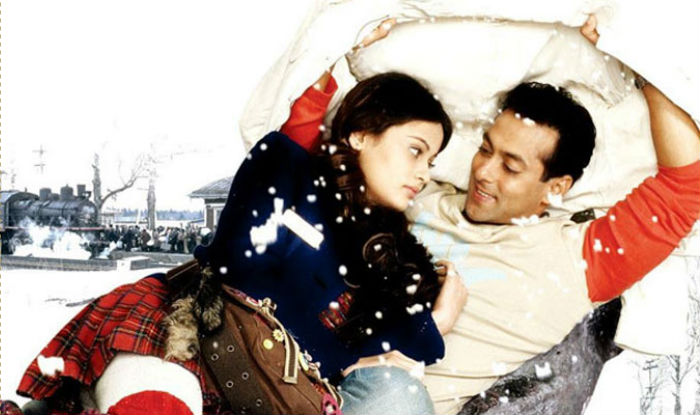 Sneha Ullal made her debut at the age of 18 opposite Salman Khan in a sweet romantic film Lucky: No Time for Love. Her uncanny resemblance with Salman Khan’s former girlfriend and beauty queen Aishwarya Rai Bachchan was the highlight of the movie. The actor launched Sneha right after his infamous separation with Aishwarya. Though the film did not work magic in the box office, Salman remained close friends with Sneha.

Salman Khan is the heartthrob of million girls in India and abroad. And these are some of the few lucky ones who have got to know the actor up-close and personal. While one cannot comment on Salman’s relationship with these hotties, it is evident they are an important part of his life. The actor has dated most beautiful models and actresses over the years but is yet to enjoy the marital bliss. The handsome dude remains India’s most eligible bachelor as of the present day, and it will be interesting to see things unfold between Salman Khan and Iulia Vantur in the coming days. Will Salman Khan let go of his single status for his current ladylove and marry Iulia Vantur? Or, Iulia also part ways with Salman after cementing her position in Bollywood? Well, we will have to patiently wait and watch how Salman Khan’s love life turns out to be.