On the great singer's 71st birth anniversary, we look back at the top 10 songs of his band The Doors. 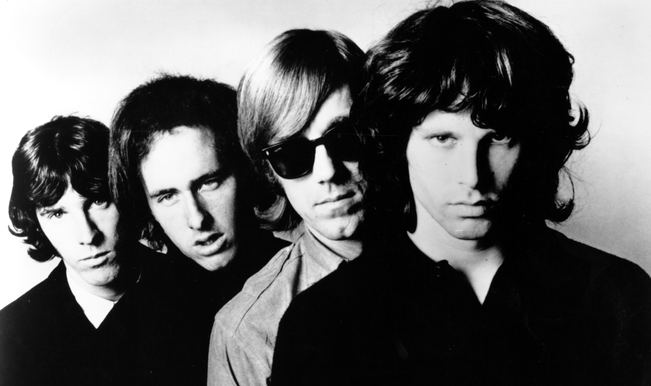 If Jim Morrison were alive today, he would have been 71 (born on December 8, 1943 in Melbourne, Florida) and probably would’ve been very, very bitter about the quality of music. The Doors frontman died when he was just 27 of an alleged heroin overdose. As a counter-cultural icon, he was on par with Ernesto ‘Che’ Guevara. On the great singer’s 71st birth anniversary, we look back at the top 10 songs of his band The Doors.Also Read - Jenner sisters sued over controversial Tupac T-shirts

Life is difficult for people who are different, and that’s what People Are Strange is about. The song is one of the more esoteric Doors songs and continues to appeal to people who don’t fit in.

Number 8: Hello, I Love You

Conceived when Morrison was at the height of his alcoholism, the band looked through some of Morrison’s poems and found one called Hello, I Love You. Apparently, it was written after Morrison and keyboard player Manzarek watched a girl walk down the beach.

The fun bit about this song like other Doors song this was considered to high risqué for the radio. The song allegedly refers to a soldier/sailor leaving his girlfriend to fight a war!

Number 6: Riders on the Storm

Perhaps the most melodious of all the songs on this list, this seven-minute track shows the versatility that the band was capable of. According to band members, this was the last song Jim Morrison recorded and the last one that was released. It continues to be one of the most covered Doors songs.

The band knew how to capture love and they knew how to capture lust! Touch Me is all about that – lust. In fact, the 1991 biopic, showed Morrison modifying the lyrics during a concert to make it about oral sex. The opening line was going to be ‘Come on hit me…I’m not afraid,’ but they changed the lyrics to not confuse enthusiastic fans!

The lyrics of this song had the infamous ‘Mr Mojo Risin’ chant which was an anagram of Jim Morrison. This soon became a chant among fans, who would shout ‘Mr Mojo Risin’ during concerts and became one of his more popular nicknames along with The Lizard King.

Number 3: Break On Through (To The Other Side)

It might not have made waves in its time, but Break On… was the first song of the band’s debut album and set the template for their future songs. It’s also on the list of best break-up songs. Interestingly, the word high was deleted (thanks to censors) from the song with Morrison just yelling ‘she gets…’ four times!

The original version of this song is more than 11 minutes long and is far more haunting than its initial premise as a simple break-up song. He said in an interview in 1969: ‘Everytime I hear that song, it means something else to me. It started out as a simple good-bye song… Probably just to a girl, but I see how it could be a goodbye to a kind of childhood. I really don’t know. I think it’s sufficiently complex and universal in its imagery that it could be almost anything you want it to be.’

There are songs that become synonymous with bands and become their very raison d’être. Like Nirvana’s Smells Like Teen Spirit, Led Zeppelin’s Stairway to Heaven, Deep Purple’s Smoke on the Water, Billy Joel’s Piano Man, Light My Fire was The Doors’ signature song. And it has some interesting history behind it. The censors wanted to change the line from ‘girl, we couldn’t get much higher’ to ‘girl, we couldn’t get much better’. While the band agreed to it and amended the lyrics during the rehearsal, Morrison went ahead and sang his version during the live performances. Also, Buick wanted to use the song as an ad with the line ‘Come on, Buick, light my fire.’ Morrison on the other hand didn’t want it tainted, and promised Buick he would personally smash an Opel with a sledgehammer on television if the ad went ahead!

Enjoy the songs of The Doors!