MLAs of the NC and the Congress climbed tables and created hungama. 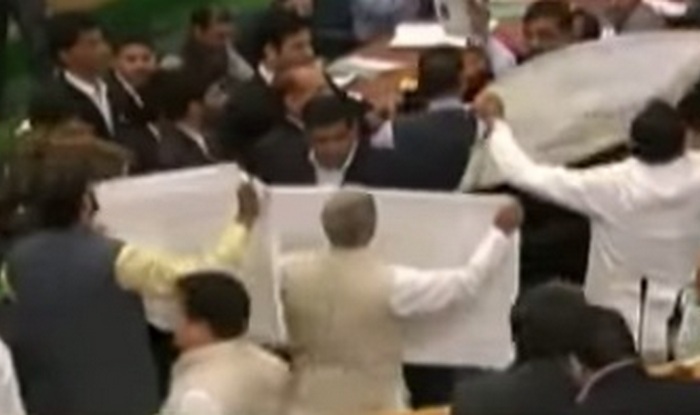 On October 6, the ruckus in the Jammu and Kashmir Assembly continued for the second day over the issue of beef ban and also floods in the state. Members of Legislative Assembly (MLAs) of the National Conference (NC) and the Indian National Congress (INC) stormed the well in the Assembly, climbed tables and fought with marshals, reportedly leaving security personnel injured. Also Read - Sonia Gandhi Slams Govt on Farmers' Issue, Condemns Suspension of RS MPs

The Congress wanted a discussion on the Kashmir floods, the rehabilitation of flood victims and imposition of service tax on helicopter services for Vaishnodevi pilgrims. The encounter in Handwara where three army men were killed was also discussed.

On October 5, both houses had to be adjourned. Watch this video to know about the hungama in the J&K Assembly.