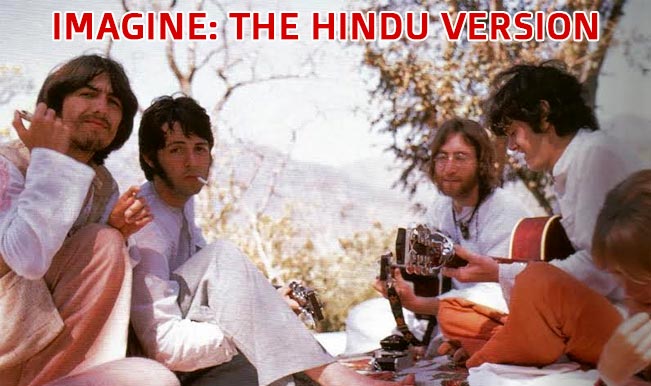 Also Read - 'This is Disrespect': Rapper Cardi B Poses as 'Goddess Durga' to Advertise New Sneaker Collection, Indians Are Enraged

I don’t know why all the liberals in Maharashtra are suddenly so angry about the beef ban. This is a Hindu nation and they need to get on with the agenda. Eating beef is against our culture, and therefore it must go. Plus, did you know how bad red meat is for your health? It’s time Indians got on board with the Hindutva agenda and understand that Hindus must produce four babies! And yeah we did have aeroplanes in ancient India that travelled from one planet to other and also conducted nuclear tests. The Gita should be definitely made the national book ASAP, while people need to appreciate that Mother Teresa was all about converting to Christianity. Also Read - 'Stop Giving Gyaan': #BoycottTanishq Trends Again After Ad Advices People to Not Burst Crackers on Diwali

The censor board’s anti-fun stance is extremely important for our nation’s moral fibre and Sadhvi Prachi is totally within her rights to demand the ban of films starring the three Khans – Salman, Aamir and Shah Rukh. Either get on board or  go live in Pakistan. Jai Hindi! Also Read - Muslim Man’s Hand Allegedly Chopped Off With Chainsaw After Attackers Spot '786' Tattooed on His Arm

To keep up with the times, we re-imagine John Lennon’s classic song (which was obviously written to propagate the communist agenda), in its super-Hindu, far-right avatar.

Imagine there are no Muslims
It is easy if you try
No Sikhs or Christians among us
Above us only sky
Imagine all the people
Living life as Hindus!

Disclaimer: While it should be clear to everyone that this piece is sarcastic, recent events have shown us that as a nation we just don’t understand that, so I repeat, the aforementioned piece is designed to be sarcastic!