Tamil film Kanne Kalaimaane starring Tamannaah Bhatia and Udhayanidhi Stalin in the lead has been leaked by the notorious site Tamil Rockers. It’s the 50th film in the actress’ movie career. Kanne Kalaimaane is sadly available for free download on the illegal site, which might just affect the film’s performance at the Box Office. Also Read - Bombay Begums Full HD Available For Free Download Online on Tamilrockers And Other Torrent Sites

Kanne Kalaimaane is produced by Udhayanidhi Stalin under his production Red Giant Movies. The music of the film is composed by Yuvan Shankar Raja while the lyrics are penned down by Vairamuthu. Also Read - Nenjam Marappathillai Movie Full HD Available For Free Download Online on Tamilrockers and Other Torrent Sites

What is exciting about the film is the fact that its title has an interesting story behind it. The words ‘Kanne Kalaimaane’ are taken from the first line of the hit 80s Tamil song starring Sridevi and Kamal Haasan. The song was part of Tamil film titled Moondram Pirai that released in 1982 and was directed by Balu Mohendra. Kaane Kalaimaane is directed by Seenu Ramasamy, who was an assistant to Balu Mahendra, the director of Moondram Pirai. The music of the famous line was in fact composed by maestro Illaiyaraaja. 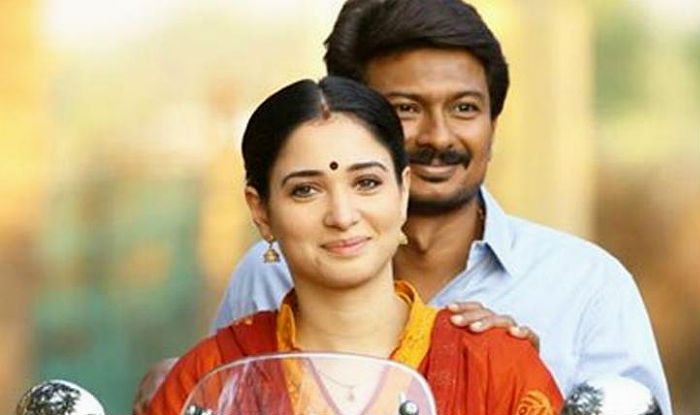 Tamannaah Bhatia and Udhayanidhi Stalin in a still from Kanne Kalaimaane

Earlier, popular films, Ajith’s Viswasam and Rajinikanth’s Petta and Ajay Devgn‘s Total Dhamaal also got leaked on the website. VRV has been produced by Lyca Productions, the same house that helmed 2.0. The film was expected to register an impressive collection at the Box Office. However, now with it falling prey to the leak, the collections are surely expected to witness some dip.

Recently, while announcing the Union budget, interim Finance Minister Piyush Goyal mentioned the provision of the anti-camcorder to be included in the Cinematograph Act to control piracy in the country. He announced, “A single window clearance for filmmaking to be made available to filmmakers, anti-camcording provision to also to be introduced to Cinematography Act to fight piracy.”

The amendment is expected to bring great relief for filmmakers who are fighting piracy night and day. Appreciating the move, Siddharth Roy Kapur, President, Producers Guild of India, said, “The amendments in the Anti Camcording provisions will support the industry’s growth by curtailing illegal recordings of films in cinema halls and will go a long way towards reducing piracy.”

Last year, in the budget 2018, the government had announced that an amount of Rs 118 crore was being set aside for the cybersecurity projects. However, nothing could really make an impact as most major films kept leaking online. The industry wishes to benefit big from the currently proposed provision.