If recent reports are to be believed then, Karishma is single again.

Telly queen Karishma Tanna has always managed to charm everyone with her stint in Bigg Boss 8 and won hearts with her simplicity. She is one of the hottest stars of the tinsel town and turns heads with her perfect fashion sense. Karishma’s love life has always been making news, and even this time also the actress is making headlines with her relationship news. Grand Masti actress Karishma’s personal life is getting necessary attention, and her love life has become the talk of the town. If recent reports are to be believed then, Karishma is single again. Yes, you read that right! Shocked? Don’t be. Also Read - ZEE5's A Table For Two is Quirky, Catty And Superbly Entertaining, Watch Out For Season 2!

There were reports which stated that Karishma was in love with her Nagarjun – Ek Yoddha’ co-star Pearl V Puri. But there is a buzz which states that Karishma’s relationship with Pearl is over and it is clear that the diva is kind of unlucky in love. A source informed an entertainment portal that, “The two have parted ways. The reason for their break up is not known yet.” The Spotboye report further states that “Pearl is trying to get friendly again with his ex-girlfriend Hiba Nawab.” Also Read - Exclusive | Kunal Kohli Speaks on Making ZEE5's Lahore Confidential - Another Spy Thriller After Fanaa

Earlier Karishma was in a steady relationship with her Bigg Boss 8 co-contestant Upen Patel, and their fans termed them as UpMa. Upen even proposed his lady love for marriage during their stint as contestants on Nach Baliye show. All higly spoke their lovestory and the two even judged MTV Love School, the reality show. But later on, the two parted their ways and broke up after dating for two years. Upen further even accused Karishma of using him. Also Read - Lahore Confidential Full HD Available For Free Download Online on Tamilrockers and Other Torrent Sites 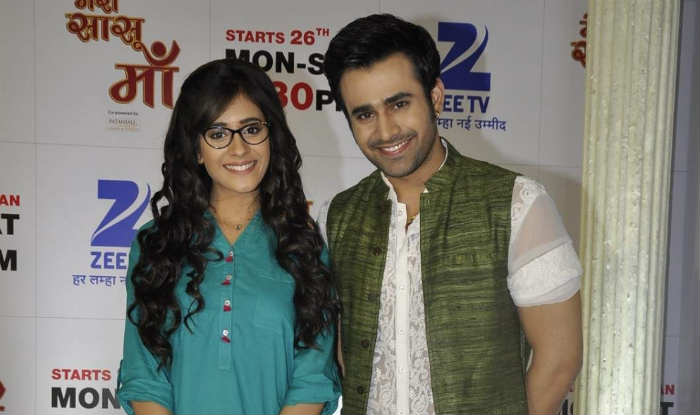 When the portal contacted Karishma and Pearl to ask them about their relationship the two denied. Pearl was quoted saying, “There is nothing like that. I am used to this thing where every actress I hang out with or even talk to, is linked with me. Apparently, whenever I am with my co-star or even any other actress from the industry, I am dating all of them. Still, I would like to clarify that I am not dating anyone.” And when Karishma was asked she said, “I want to date Brad Pitt since he and I are both single, hope you got the answer,” reports TellyChakkar.

But Karishma’s friend was quoted by Telechakkar saying, “Karishma and Pearl did not get to spend too much time together on the set, with the show wrapping up soon after she came onboard. But seems like they did find a connect. They kept on bumping each other and soon meeting over lunch and dinner, and before they knew a spark had ignited between them. Though too initial an affair it is, they are pretty much dating.”

On the work front, Pearl was last seen in Life OK show Magarjuna and Karishma is all set to romance Bollywood handsome hunk Ranbir Kapoor in Sanjay Dutt’s biopic. Rajkumar Hirani directs the movie. We know heart breaks are not easy to handle, we just hope Karishma you find someone who is suitable for you.