A Kashmiri youth who is already so alienated is pushed further to darkness. Is it really a big deal to cheer for another country's cricket team? 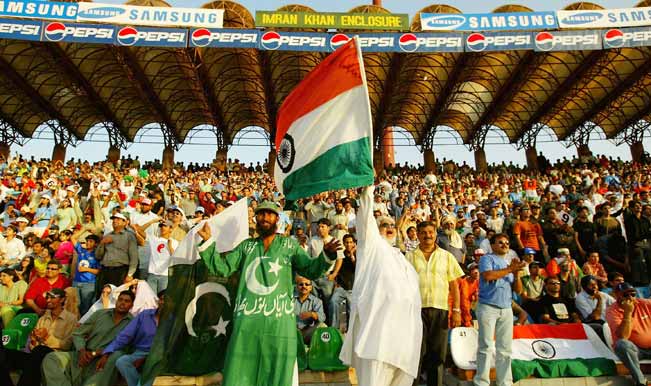 The last over Asia Cup 2014 thriller between India and Pakistan may be over and Indian cricket team is be back home, but a different drama is unfolding in India with a case of sedition been registered against unknown Kashmiri students who cheered Pakistan cricket team in Meerut’s Swami Vivekanand Subharti University. Police said they have registered a case of sedition under section 124 (a) of the Indian Penal Code (IPC) and once the investigation begins, they will be able to identify the culprits. Culprits? Really? Another post read, BJP demands action against suspended Kashmiri students. Also Read - Woman Chants 'Pakistan Zindabad' at Owaisi's Bengaluru Rally, Faces Sedition Charges | WATCH

A smile and a sigh was the first reaction to this. Then came the apprehensions. What about those students or Kashmiris who never dare to report or come out with cases like this out of fear.  A country that calls itself the largest democracy of the world files sedition charges against students who merely support a different cricket team. A Kashmiri youth who is already so alienated is pushed further to darkness. Is it really a big deal to cheer for another country’s cricket team? The only message it sends across is that you are never very safe and secure outside Kashmir.

Will the Government of India care to travel across Kashmir and see how many Kashmiris support Pakistan cricket team? The government will have to book almost the entire Kashmir under sedition charges then. Or for example, what if a match is going on between Australia and India and Kashmiris cheer for Australia; will Uttar Pradesh government still charge Kashmiris for sedition? Talking about sports like cricket, India is the first country to start league matches-IPL, where in every team has got players from different countries. Now if one supports a particular IPL team means supporting the efforts and talent of the players, rather the country they belong to. What needs to be seen is whether supporting a cricket team comes under the definition of the act, for such moves will surely end the sportsmenship in the audience and within the teams.

Adding to the misery of the students and families, Jammu and Kashmir chief minister Omar abdullah tweets, “I believe what the students did was wrong & misguided but they certainly didn’t deserve to have charges of sedition slapped against them”. The parents are scared and apprehensive of the consequences this incident can have on the career of there kids, more importantly for the security of all the kids who are outside Kashmir. Even the suspended students are afraid of going back to join the university.

The Swami Vivekanand Subharti University suspended all 67 Kashmiri students of one hostel block and asked them to leave, but no action was taken against the other group. Around 200 Kashmiri students are taking engineering and law courses in the university. Not that it is something new for Kashmiris but now with these security issues, parents in Kashmir will think twice before sending their kids outside to study or to work. With Kashmiri students already facing so many issues like renting places, getting mobile SIM cards etc, outside Kashmir, this surely will raise doubts in the hearts and minds of all Kashmiris. A young Kashmiri who generally thinks that his political fight is not against the common people of India, is made to think otherwise. He is made to think and realise that he is different than the rest.