As the couple had planned to tie the knot on April 25, the family and relatives decided not to postpone it and rather hold the marriage at the hospital on the scheduled date.

Kochi: A couple from Kerala’s Alappuzha district on Sunday tied the sacred knot at the covid ward of Alappuzha medical college and hospital after the groom tested positive for COVID-19 a few days back. During the wedding, the bride was seen wearing a PPE Kit while the groom was dressed in blue shirt and white dhoti. The groom, Sarath Mon, 28, of Kainakary in Alappuzha, married his fiancee Abhirami, 20, from Thekkanaryad region at the hospital’s covid ward only after getting permission from the District Collector.Also Read - Viral Video: Mommy Tiger Cuddles With Cubs For Nap Time, Clip is Just Too Cute to Miss. Watch

As per reports, Sarath, who was working abroad, had tested positive during their wedding preparations and later his mother too was found positive for the virus and both of them were shifted to the Covid ward at Alappuzha Medical College. And, as the couple had planned to tie the knot on April 25, the family and relatives decided not to postpone it and rather hold the marriage at the hospital on the scheduled date. And, after acquiring necessary permissions from the District Collector and other concerned authorities, the wedding was held. Also Read - Viral Video: Little Boy Surfs Alone Behind Speedboat, Twitter is Divided. Watch 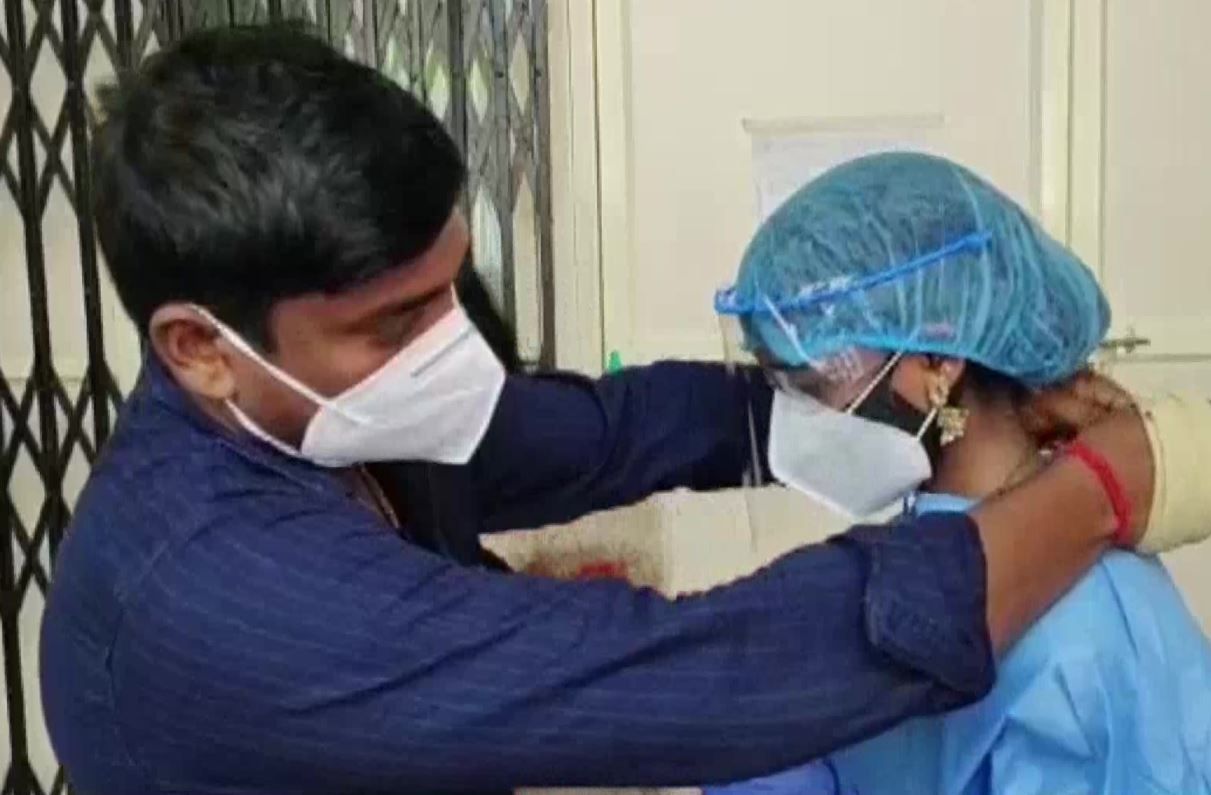 Soon after the wedding, pictures and videos of the entire ceremony and the couple exchanging garlands as doctors and hospital staff watch on, started making rounds of the internet. Several such stories of bride and grooms getting married at hospital and in PPE kits had also surfaced last year when the COVID-19 pandemic hit the country for the first time. Also Read - Viral Video: Dancing Dad Ricky Pond Grooves To Coke Studio Song Pasoori. Watch