Kiara Advani Accused of Going Under The Knife by Internet Users, Lust Stories Actress Hits Back

Kiara gave the perfect reply to all those who claimed that she has gone under the knife.

Actress Kiara Advani grabbed eyeballs for her bold performance in Lust Stories. The actress has some interesting projects in her kitty. However, that’s not why she’s getting attention on social media. Also Read - Akansha Ranjan Kapoor is All Excited About Her Guilty Role

Kiara recently attended the launch of a luxury women clothing brand by Shweta Nanda and Monisha Jaising. She looked stunning flaunting an all black look. However, her picture on social media received some nasty comments. Her cheeks gathered negative attention as trolls claimed that Kiara has gone under the knife. Also Read - Akansha Ranjan Kapoor Opens up About Her Role in Guilty, Says ‘Nobody has told me it is a very bold character’

Some wrote that her cheek job went wrong whereas a few internet users told her that she used to look prettier before. Also Read - Kiara Advani on Her Topless 'Leaf Picture' Controversy: Had to 'Switch Off' DMs Due to 'Suggestive Messages'

One comment reads, “Why kiara Advani .. I would never get my work done from this doctor . Terrible.” 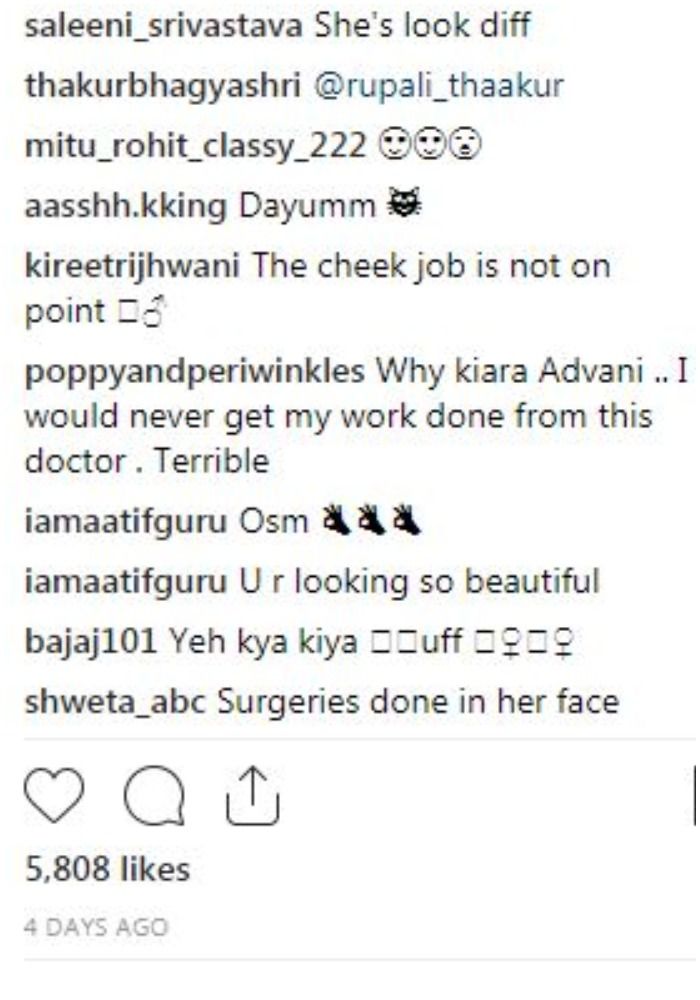 But, seems like the actress was in no mood to sit silently. She shut down the trolls with an epic response. Kiara shared an Instagram story and wrote, “Wow just reading these comments!! Calm down peeps don’t jump to conclusions. You might not fancy the cheeks but it was no doctor just some yummy biryani from the night before.” 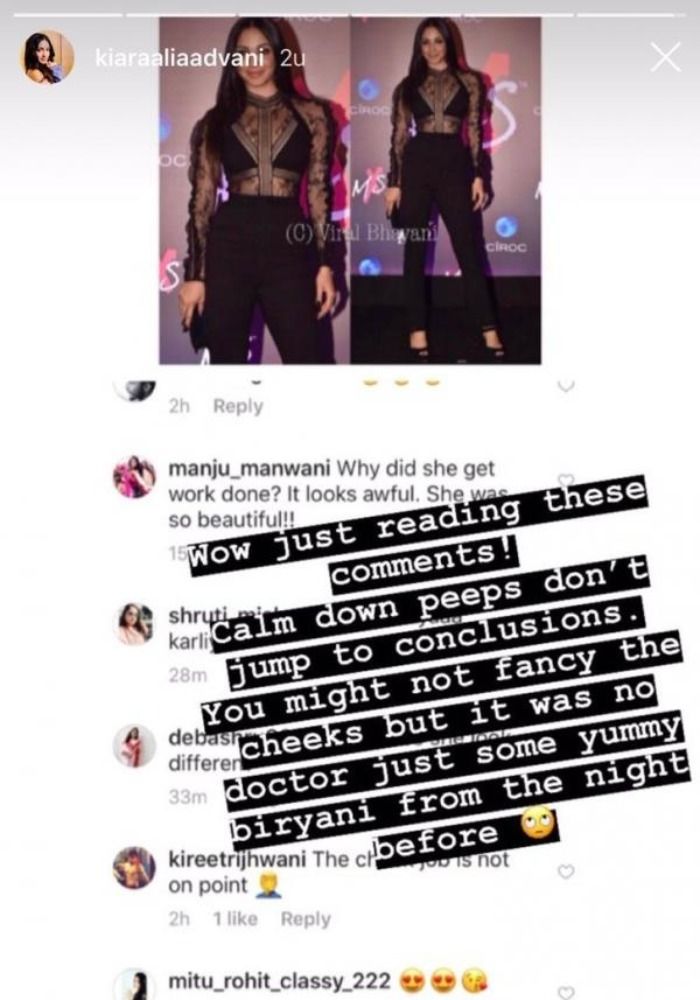 Earlier, many B-town stars have become the victim of trolls.