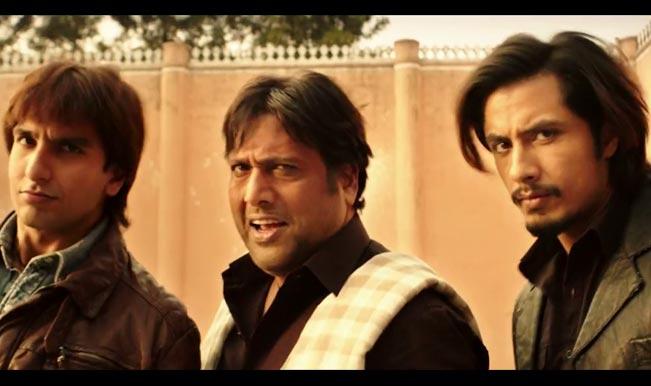 Three’s definitely company in Yash Raj Film’s forthcoming venture Kil Dil – starring Ranveer Singh, Ali Zafar and Govinda in the lead roles, in their stunningly killer avatars. And there’s one sizzling babe – Parineeti Chopra, who else?-in her jhatakk avatar as a bar dancer. While Ranveer and Ali are seen unleashing their brutally killer side in this one-going for the kill at every opportunity offered. The duo is seen showering bullets and delivering some dhaasu lines in this trailer. Even Govinda is seen in his hilariously killer mode in a film that is being touted as his comeback vehicle Also Read - Mini Mathur Gives Back To Troll Who Asks If Kabir Khan is Bankrupt After Ranveer Singh's 83

All set to release on November 14 , this movie (certainly not child’s play, perfectly placed to hit the screens on Children’s Day) will mark Shaad Ali’s return as a filmmaker. The director had previously crafted the largely forgettable 2007 box office turkey ‘Jhoom Barabar Jhoom’. Watch the trailer and tell us if Ali has impressed you with the trailer of his forthcoming gang-war saga. From thees visuals it is amply clear that this movie will pack a punch with its rugged texture, fun plot and some promising performances. At the moment we are cherishing the promo in its ‘raining-bullets-all-over’ glory. Also Read - Ranveer Singh, Alia Bhatt, Akshay Kumar's Vanity Vans Lie With Mumbai Police, Know Here Why!