She also took the opportunity to thank Arvind Kejriwal. She said, "Full marks to Arvind Kejriwal and his team'. She recalls about Kejriwal's long run work for past five years ever since they worked for Lokpal campaign. 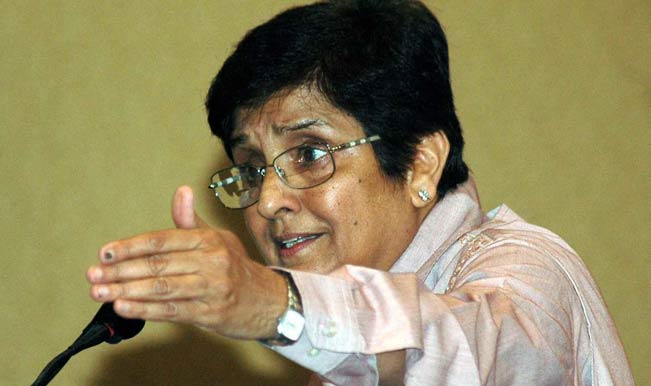 After Bharatiya Janata Party (BJP) disastrous show at the Delhi Assembly Elections, BJP’s chief ministerial candidate Kiran Bedi came out to speak to media. Talking to media, Bedi said she was waiting for the results of Krishna Nagar constituency to be declared where she failed to impress even. Despite not being voted by Krishna Nagar constituency, she chose to thank the voters as well. She recalled how she thought about cleaning the constituency if she wins there. Also: Delhi Assembly Elections Live Results: Watch Video of AAP supporters celebrating on Times Now news channel Also Read - BJP Candidates List For West Bengal Assembly Elections 2021

She apologised to BJP leaders and workers for letting them down after the party suffered a huge loss in the Delhi election. “I want to thank BJP leadership which reposed trust in me,” said Bedi who herself lost from Krishna Nagar. “I apologise to every one…I could not fulfill their expectation,” she said. “I did not deserve the faith they had in me,” she said. Also Read - ‘200% Confident of Victory’: Suvendu Adhikari Says Will Defeat Mamata Banerjee by Over 50,000 Votes in West Bengal Assembly Elections 2021

Kiran Bedi talked about getting a model for Krishna Nagar constituency that would solve the problems. She cut short the interruptions of excited media people, saying, “I’m a defeated candidate” and it will be a huge responsibility of the winning candidates to fulfil the promises and run their constituencies well. Also – Delhi Assembly Elections Live Results: AAP party member Yogendra Yadav speaks to NDTV News.

She also took opportunity to thank Arvind Kejriwal. She said, “Full marks to Arvind Kejriwal and his team’. She recalls about Kejriwal’s long run work for past five years ever since they worked for Lokpal campaign.