Kissing Prank Video: Was kissing strangers on camera this simpler?

Some pranks are so damn funny, scary and mischievous which will surely tickle your funny bone. Here's a viral video, wherein a cute handsome guy does absolutely nothing but still wins lot of kisses on cheeks and lips. Watch this naughty video. 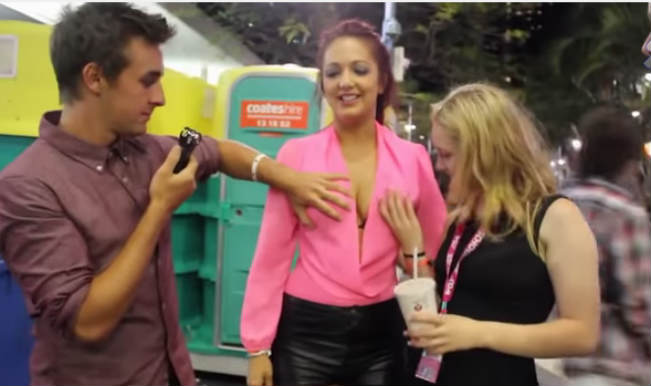 Here is yet another social experiment which did not turn out the way expected. To know how everything happens is just beyond one’s imagination. The new generation teaches us lot of known things in detail and humorous way. Several such social experiments were being examined, wherein they failed to convince the person. Also Read - COVID-19 Aftermath: Australia Faces Recession For First Time in 30 Years

But in this video, it seems as if the drunk people are easily getting ready. So, basically there is no difficulty in playing this prank as people are getting convinced. Also Read - Covidiot! Australian Woman Smashes Police Officer's Head Into Concrete When Told to Wear a Mask

Some pranks are funny, while others seem scary and mischievous. Here’s a viral video, wherein a cute handsome guy does absolutely nothing but still wins lot of kisses on cheeks and lips just by asking.

Youths especially in their mid-twenties simply acts stupid. Usually people freak out when during social experiments. But in this video, one can see that without the anchor keeps on getting kisses and hugs.

What are you waiting for, go ahead and watch the video to know more about this prank.