Popular television quiz show Kaun Banega Crorepati is back with its new season promising to bring together more than just families! 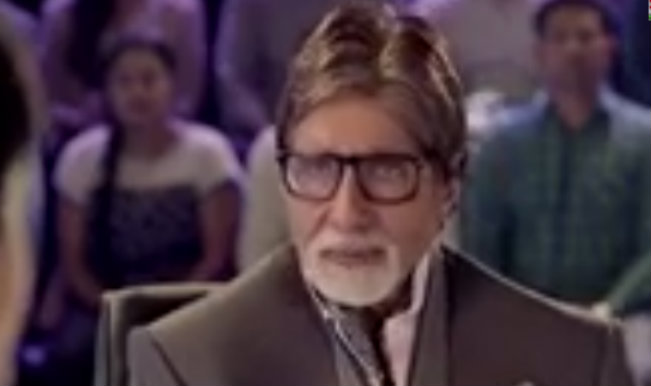 Also Read - Emraan Hashmi on Being a Fan of Amitabh Bachchan: I Wouldn't Sit Down to Eat Unless Sholay or Mr Natwarlal Played

Popular television quiz show Kaun Banega Crorepati , hosted by Amitabh Bachchan is back with its new season! The brand new teaser starts with a question: Kohima city is part of which country? The question is then provided with four options, following the show’s usual format A. China B. Nepal C. India D. Bhutan. The contestant is seen asking for the audience poll option. Just to shed light on the racial discrimination the people from North East are subjected to. Also Read - Amitabh Bachchan Gives Back to Troll Who Accused Him of Plagiarism, Says 'Strange And Sad'

For years the show has brought together families from different regions, cultures, languages and aspirations in the most engaging fashion ever.

A spate of brutal attacks on people from North East and a general feeling of alienation among the people of this sect has prompted the quiz show to take a stand on the same issue. KBC is launching this whole season with ‘inclusiveness’ as the main theme. This season of KBC promises to bring together more than just families.

The show is coming soon on Sony Entertainment Television.