Chaitanya, a management graduate from XLRI, had for long dealt with time-bound crisis situation in professional life; but the possibility of the band account getting hacked still sent a shiver of panic. 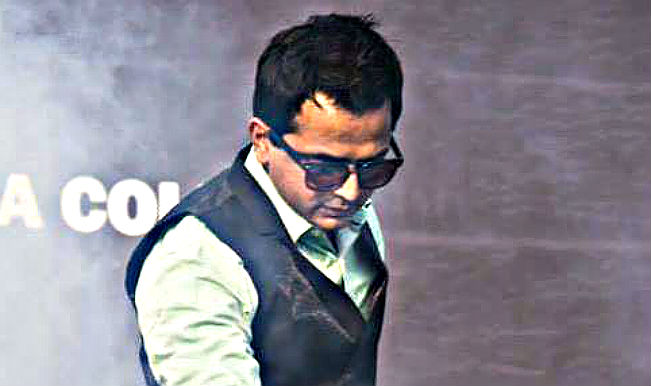 Also Read - The Shaukeens and 3 interesting things to do this Friday!

Ajay Jayanthi received frantic phone calls from his band mate Chaitanya Bulusu just while he was playing the role of a perfect host. Google had just sent an email stating that someone from UK had tried to hack into the Krazy Electrons account, just five days before the launch of their album ‘This and That’. Over the last one and the half years of coming together, the band had learnt to cope with panic situations with élan. If ever the three-member band was short of players, they would double up on stage. And when crisis demanded more, they would triple dare with the instruments. Also Read - Krazy Electrons' This and That: Namkeen in a box of sweets

Chaitanya, a management graduate from XLRI, had for long dealt with time-bound crisis situation in professional life; but the possibility of the band account getting hacked still sent a shiver of panic. Over the years, he had grown into taking corporate life a little easy and became serious when it came to music. More popularly known as Chatty in the music world, Chaitanya wasn’t born in a family of musicians nor was he trained in music. Yet, there was a natural inclination. His family’s love for Ilayaraja’s melodies was his earliest influence towards music. But slowly the bug bit him too!

“I used to listen to enigma in seventh or eighth class, back when there was no internet in 1998 or 1999. It was a new-age futuristic music. 104.8 FM Wicked Studio used to come at around 12-1 at night. Once they played an Enigma song. My real love for music started from there.”

It wasn’t just there that the 12-year old boy from Panipat would stop. “I couldn’t find the songs anywhere. Cassettes weren’t available. I used to write 15 paise post cards asking the radio station to play the same song again.”

Coming from a small town, the most available English songs back then there would be Michael Jackson and, in case you are lucky, the likes of Madonna and  Backstreet Boys. In order to buy the lesser popular albums, one had to travel 120-130 kms all the way to Delhi. The misery wouldn’t end there, as the shopkeepers would sell the cassettes at 150 times the price.

“It needed four Maths papers to get 35 out of 35 marks in my unit test exams to get enough money to buy four cassettes. Back then it used to cost Rs 195 – 130 for the cassette and additional 65 as black. However, once I got hold of it, I would keep listening to their tracks. Soon I realised that I was not only enjoying the music, but also started wondering how it was being made.”

Slowly, with the advent and popularity of internet in India, in the early years of the century, Chatty became exposed to the more like-minded music bands. It opened new dimensions for him as he became acquainted with the music of Chemical Brothers and Deep Forest. Yet, he wasn’t playing beats on boards or humming songs. He enjoyed music in his free space.

But destiny took its first turn for him when he joined his engineering college in Kurukshetra. “The college was in Kurukshetra mostly had students from backward areas. People used to neglect me for the kind of music I would listen. They would think that I was not sane, I was a maniac. What it did was, it left me alone to listen to my kind of music.”

However, in all neglect, he found his real companion. It was in college that he was introduced to FL Studio. “There was a magazine that used to come – E4U. They used to give free CDs with free demo software. It was when I got hold of FL Studio – the software that I realised that music could be made on a computer. But really proved to be a bane was the fact that people often confused my music to be a work of technology. Many often fail to realise that there it is complete art with the technical know-how of the software. The music is created by me the way I want it to be.”

Yet, his music was hard to understand in an age where the exposure to world music and its different forms were limited. For someone who had limited reliance on lyrics and strayed far away from the Bollywood style, it didn’t cut ice with the people around him. Yet, his expertise in cross-fading using Winamp earned him the respect of being the virtual DJ in college days.

Things were to go nowhere as Chatty would come to realise with his music. In his own mind, he wasn’t too concerned about making music as a career option. Few could understand and fewer could love and relate to it. Yet, he persisted with ‘his kind of music’ even after college days. He would make and upload his music on online forums for electronic artists. This happened to form his first genuine fan base. Slowly, he gained popularity there and rose as high as the third rank in the list.

Financially, ‘his music’ could’ve never been a viable option in India. Most of little fan base too was formed abroad. It was around 2004-05 when DJs in India started gaining popularity, that some flicker of hope for Chatty’s music career to rise. “People in my college would then remember, ‘woh chotu kuch bajata tha na. Shayad woh DJgiri hi karta tha’. I tried to learn that thing, but it never worked for me. For me ‘my music’ was still an art. I could’ve never been a DJ”

“It took me a few years to meet like-minded people and those who could understand ‘my music’ and respect it. Slowly, with a few people coming and going, endless jamming sessions and countless ideas being floated around, we managed to make good music together.” With the popularity of the band growing in India and the international market, Chatty, now a father, wishes to devote more time to music with the hope of taking it up as a full-time profession.

As Krazy Electrons sets to launch its album on Friday, it will be the first time the world will be witness to an Ethno Drum and Base form of music. With a line-up of eight songs, Ajay Jayanhti (violinist), Anand Bhaskar (vocalist) and Chaitanya Bulusu (Electronica artist) will present a unique form of music, hitherto unheard. For those who have seen them perform live, vouch for the refreshing twist Krazy Electrons brings to the usual line-up of rock and electronica artists.

“Today, people are more accepting and appreciative towards new forms of music. It is clear with the way people react and respond to us after our live performances. The music scene in the country, especially metros has changed for the better,” Chaitanya concludes.