LEAKED! After getting drunk, watch what Sanjay Dutt discussed with Salman Khan at Panvel farmhouse 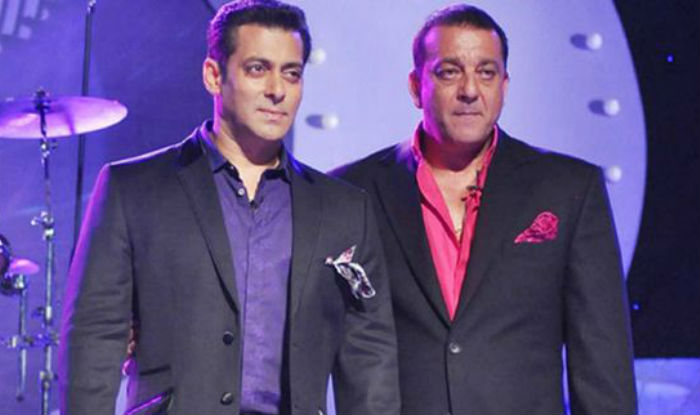 The relationship between Sanjay Dutt and Salman Khan is known to everyone in the country. The bond between the duos has remained intact since many years. Sanjay Dutt a.k.a. Sanju Baba was released yesterday (February 25) from Pune’s Yerwada jail. After three long years, the man is finally home forever. There could be nothing big for B-town family members to rejoice. His welcome was indeed a grand one and don’t you remember Sanjay Dutt’s plan to drop at Salman’s Panvel farmhouse for a get together? Sanju Baba finally made it and the conversation that happened between the duos has been leaked. Also Read - Sanjay Dutt’s Sexist Rant on How to be a 'Real Mard' in This Old Ad Will Make Your Blood Boil | Watch

You won’t believe what all these two discussed after getting drunk. It is a hilarious one and it really cannot be missed. Before you think of something else, let us just tell you it’s a spoof video created by Screen Patti which been shared on YouTube. And since then, it is going viral on Internet. These two amazing characters exactly sound like Sallu Bhai and Sanju Baba! Their attire and conversation style is ditto like the actors. (ALSO READ: Salman Khan arranges bash at Panvel farmhouse for Sanjay Dutt) Also Read - Salman Khan Warns, 'Follow Coronavirus Protocols or Radhe: Your Most Wanted Bhai Might Be Pushed to Next Eid' 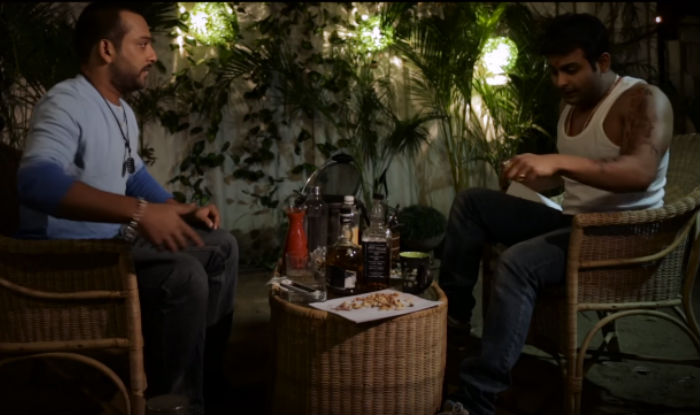 This video won’t disappoint you for sure. This video features Bhai (Salman Khan) and Sanju Baba (Sanjay Dutt). They are drunk and discussing about their past controversies and present situation. You will see Sanju Baba talking about a script that is penned down on his release paper. Bhai’s disinterest and reply to the script is interesting. In the meanwhile Bhai discusses on what to do when a shot is ready. Sanju Baba also speaks on what he did while he was in jail. But mind you, they don’t miss on making that peg in between all such discussion. (ALSO READ: Salman Khan’s dear friend Sanjay Dutt to play a vital role in Sultan)

The best part is when Sanju Baba says Madhuri Dixit’s Choli Ke Peeche poster was his motivation during his stay in prison. Also, Baba gives tip to his Bhai what to do about his pending case (the Black Buck case). Later Bhai speaks on how Sanju Baba should re-launch himself with the biopic that Rajkumar Hirani is making on him. There are many other jokes that these two have cracked. Watch this amazing drunk talks between Salman Khan and Sanjay Dutt linked in the player below.