The Maharashtra Desha song is based on the poem by Govindagraj aka Ram Ganesh Gadkari, but it has been adapted to highlight the water scarcity in the state. 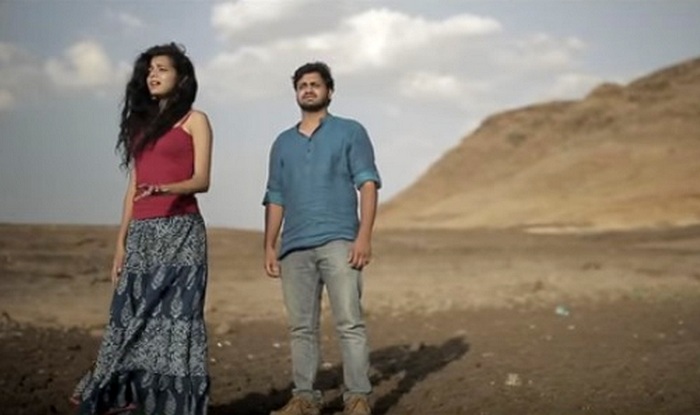 Maharashtra Day is celebrated each year on May 1, as a tribute to the formation of the new Indian state after the Samyukta Maharashtra movement. The state was formed with Bombay and other Marathi speaking regions nearby in 1960. So, May 1 as important in Maharashtra for the creation of the state, as it is to the rest of India as Labour Day. As a tribute to Maharashtra, a special video song was released by singers Mithila Palkar and Gandhaar.Also Read - Maharashtra Rains: Landslides in Ghatkopar, Chiplun; House Damaged, Road Blocked | Videos, Pics

Called the Maharashtra Day Song or Maharashtra Desha, the number brings a tear to your eye, as it highlights the drought situation in the beautiful Indian state. Images of parched land in villages and the helpless faces of villagers haunt you. But in the end, the music video shows the breathtaking landscapes and skyscapes of the state to lighten the mood. “We bow to the soul of Maharashtra through this soulful song tribute. The Maharashtra Day Song,” it says. Also Read - Maharashtra Government To Slash VAT on Fuel Soon, CM Eknath Shinde Announces

If only the politicians and leaders had understood the need for water conservation and rain water harvesting years ago, this situation could have been avoided. (ALSO READ: Aamir Khan and Maharashtra government to solve water crisis together: All you need to know about Paani Foundation scheme and Satyamev Jayate Cup) Also Read - Maharashtra Floor Test: CM Eknath Shinde Wins Trust Vote in Assembly With Support of 164 MLAs

The Maharashtra Desha song is based on the poem by Govindagraj aka Ram Ganesh Gadkari, but it has been adapted to highlight the water scarcity in the state. It has been composed by Gandhaar and director by Sarang Sathaye of Bharatiya Digital Party. Watch the song here!