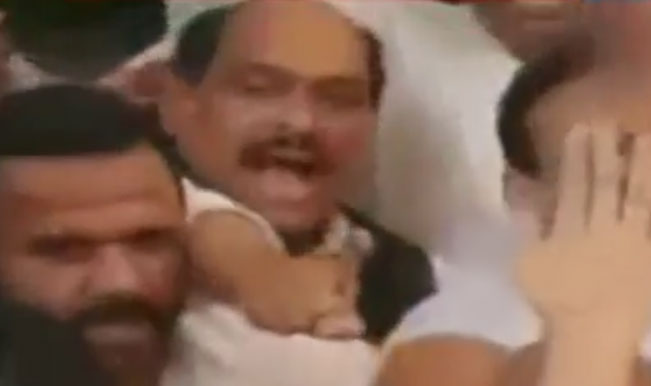 The video shows Congress and Shiv Sena MLAs standing outside the assembly raising slogans against the government and the governor too. The legislators tried to block his entry into the legislature complex. It is also reported that Governor Rao suffered injury during the protest of the legislators. Also Read - Kangana Ranaut on Meeting Maha-Governor: Am Not a Politician, he Heard me Like a Daughter

After the incident five Congress MLAs Rahul Bondre, Abdul Sattar, Amar Kale, Virendra Jagtap and Jaikumar Gore were suspended from Maharashtra Assembly for two years for causing injury to Governor. A resolution moved by Parliamentary Affairs Minister Prakash Mehta seeking to suspend all five MLAs was passed by the the House by voice vote.

However, All five suspended members of Maharashtra Assembly denied causing injury to Maharashtra Governor and alleged that the entire episode was a “conspiracy” by the BJP government.