The celebrations of Mahavir Jayanti are accompanied by a few rituals. Jains make sure that they visit the Jain temples.

The celebrations of Mahavir Jayanti are accompanied by a few rituals. Jains make sure that they visit the Jain temples and then the idol of Mahavir is bathed with honey, milk and water. The idol of Lord Mahavir is worshipped and priests conduct the puja. Community meals are prepared and distributed to the needy. Prasad is offered to devotees. With the image of Lord Mahavir embedded in a beautiful chariot This auspicious day is also celebrated by organising various peaceful processions. But here we are in the generation of smartphones, thus to send Mahavir Jayanti 2020 wishes online here is the collection of best WhatsApp quotes, SMS, Facebook wishes. Also Read - Mahavir Jayanti significance and history: Celebrating the birth anniversary of the last Jain Tirthankara

Here is the list of Mahavir Jayanti 2020 wishes, have a look: God is neither the creator nor the destructor of the universe. He is merely a silent observer and omniscient- Lord Mahavir. 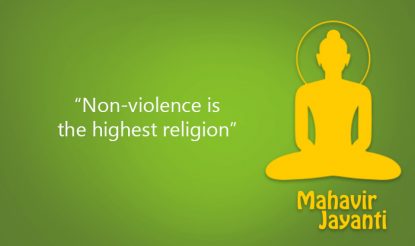 One who, even after knowing the whole universe, can remain unaffected and unattached is God- Lord Mahavir. 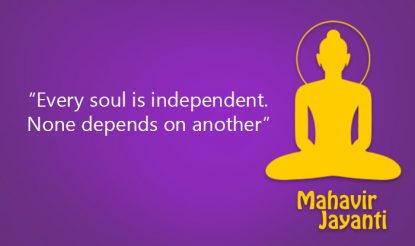 Every soul is independent. None depends on another- Lord Mahavir. 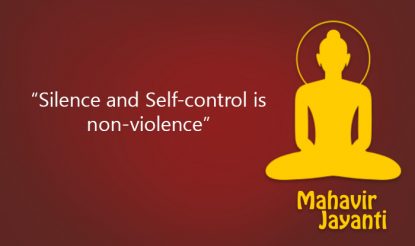 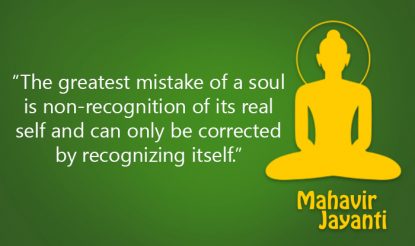 The greatest mistake of a soul is non-recognition of its real self and can only be corrected by recognizing itself- Lord Mahavir. 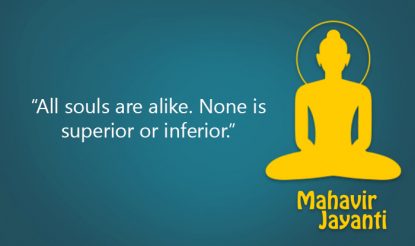 All souls are alike. None is superior or inferior- Lord Mahavir. 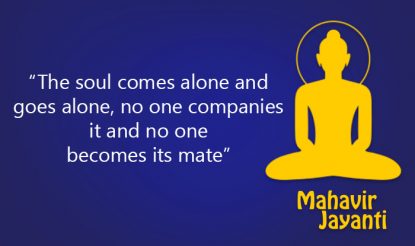 The soul comes alone and goes alone, no one companies it and no one becomes its mate- Lord Mahavir 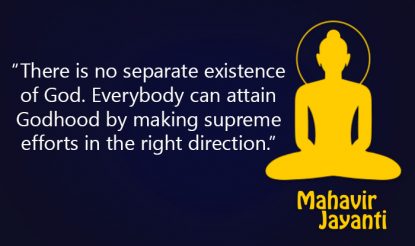 There is no separate existence of God. Everbody can attain Godhood by making supreme efforts in the right direction- Lord Mahavir.

Mahavir Jayanti is celebrated by reliving his teachings of non-violence, humility and simplicity and it marks the birth of Lord Mahavir. He was one of the most honourable saints on the planet. He explained the real meaning of life as well as the causes of nature.