Dhoni inaugurates the first Bike Festival of India with exciting prospects expected in the coming months. 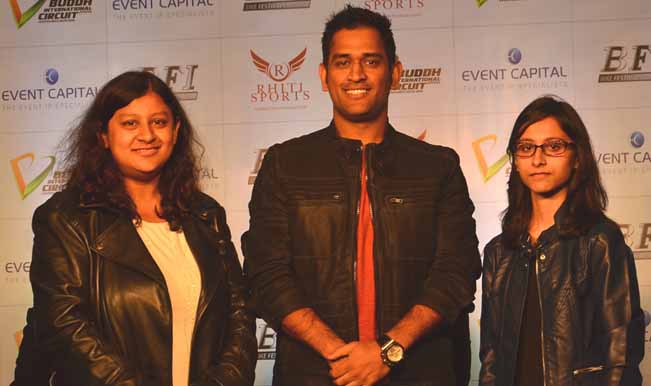 The biggest biking event in the South East Asian part of the world was inaugurated by avid biker and the skipper of the Indian national cricket team, Mahendra Singh Dhoni. Bike Festival of India (BFI) unlike any other event in India strives to bring together bikers from all across the country and invites all bikers and biker groups from the South East Asian countries to join the many biking events that will throttle away with the Safety Ride and on to many other events like cross-country biking, concerts, music festivals and stunt rides. Also Read - India vs Australia 2nd ODI 2020: Team India Missing MS Dhoni - Michael Holding Points Out Difference After Defeat in 1st ODI vs Australia

In a bid to unite bikers from all over India irrespective of the cubic capacity or the type of bike they prefer to ride, BFI’s initial ride will last almost throughout the month of February panning all the 28 states in India. This will be a legitimate attempt at making a new world record recognized by the Guinness Book of World Records. Also Read - CSK's Ruturaj Gaikwad Reveals How MS Dhoni's Words Changed His Thought Process During IPL 2020

The Buddh International Circuit in Greater Noida will host the racing championship in March 2014. A Rally Championship and Dirt Bike Championship all slated for the year will be held in 2014 thanks to Event Capital, Rhiti Sports and by the initiation by Ikjyot Singh. Also Read - CSK vs KKR 2020, IPL Today Match Report: Ruturaj Gaikwad Fifty, Ravindra Jadeja Blitzkrieg Help Chennai Super Kings Clinch Thriller vs Kolkata Knight Riders, Send Mumbai Indians Into Playoffs