Malaika Arora Flaunts Her Love For Boyfriend Arjun Kapoor Through This Cryptic Message in Latest Pictures?

Bollywood actor Malaika Arora‘s was recently spotted in a gym outfit that spelt out ‘love’. Malaika was photographed outside a yoga studio. Her sparkling white t-shirt had ‘Love’ scribbled across, and it seems like a cryptic message for Arjun Kapoor. She completed her look with black yoga pants and black sneakers. With her hair pulled back and tied in a low bun, Malaika chose to go minimalistic with her make-up. Also Read - Malaika Arora Plays Cricket With Son Arhaan Khan Outside Her Building - Check Latest Pics

Earlier, she took to Instagram to share her picture wearing a sexy red bikini as she swims in the Indian Ocean. She can be seen wearing the scuba diving regulator and fins. As per her post, she feels like a mermaid and we totally agree with her. Sharing the post, she wrote, “The stillness. The calm…… its meditative #Indianocean#mermaid#mytime.” Also Read - Malaika Arora Performs Utkatasana to be Fit, Reasons Why You Should Also do it 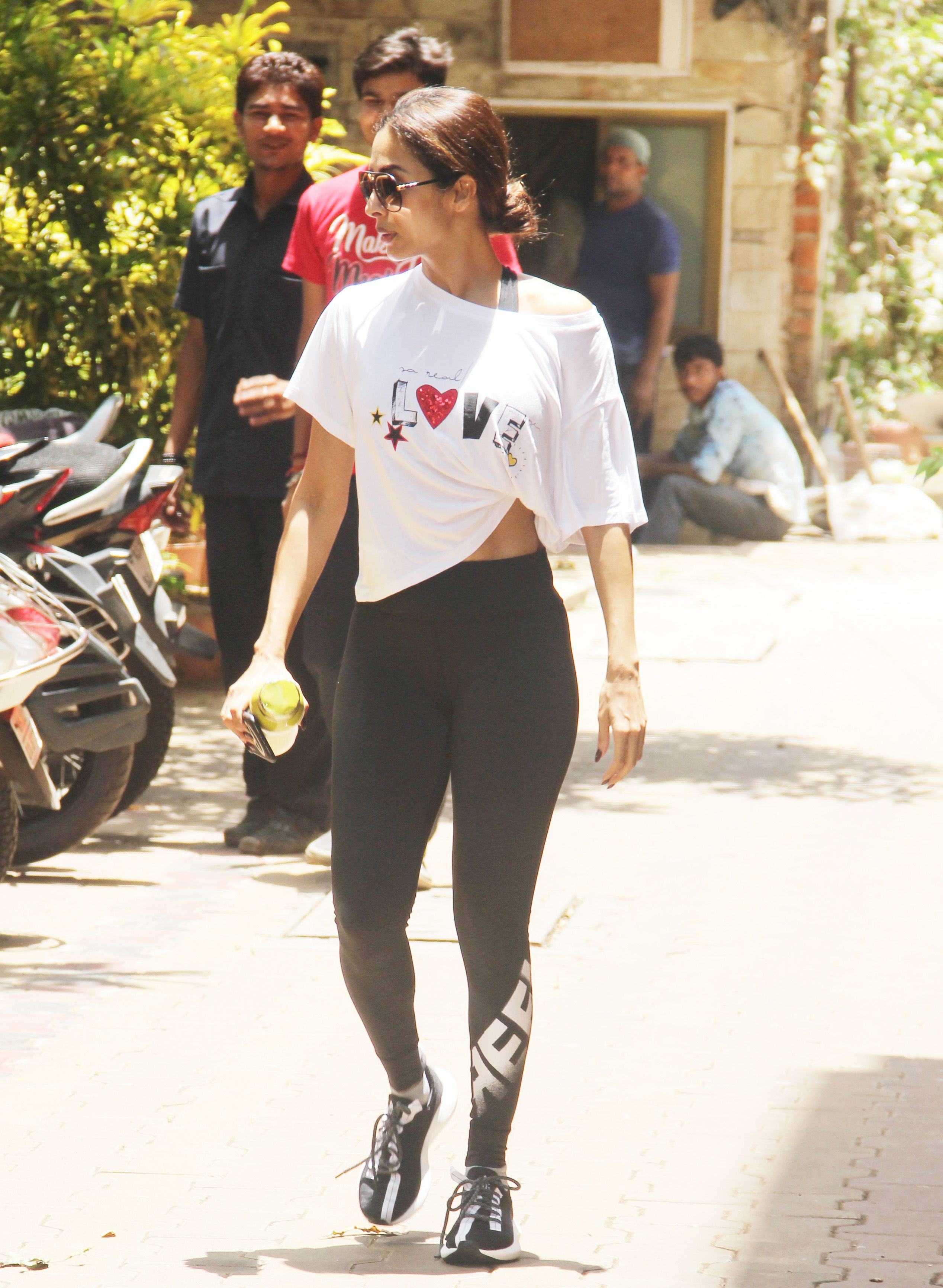 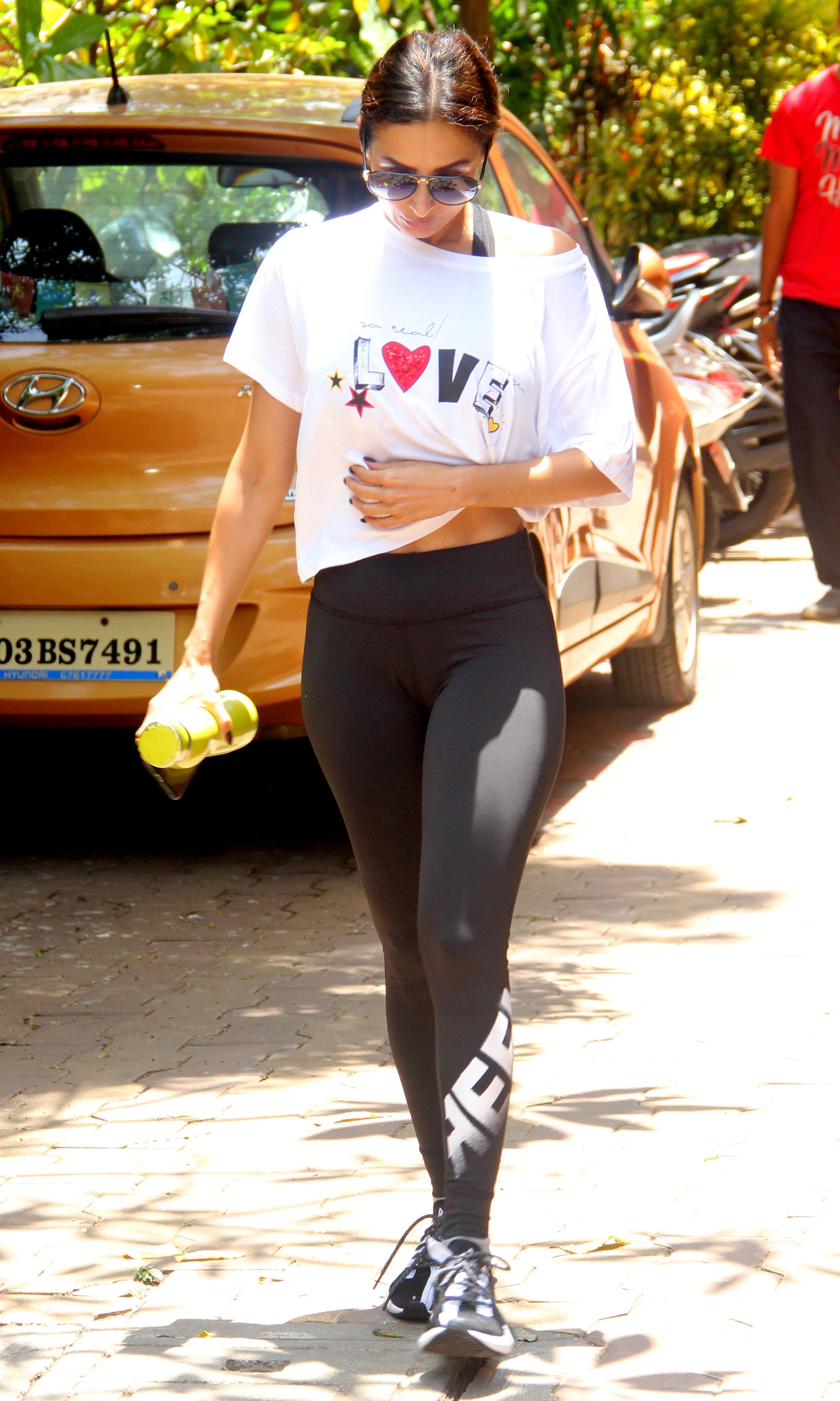 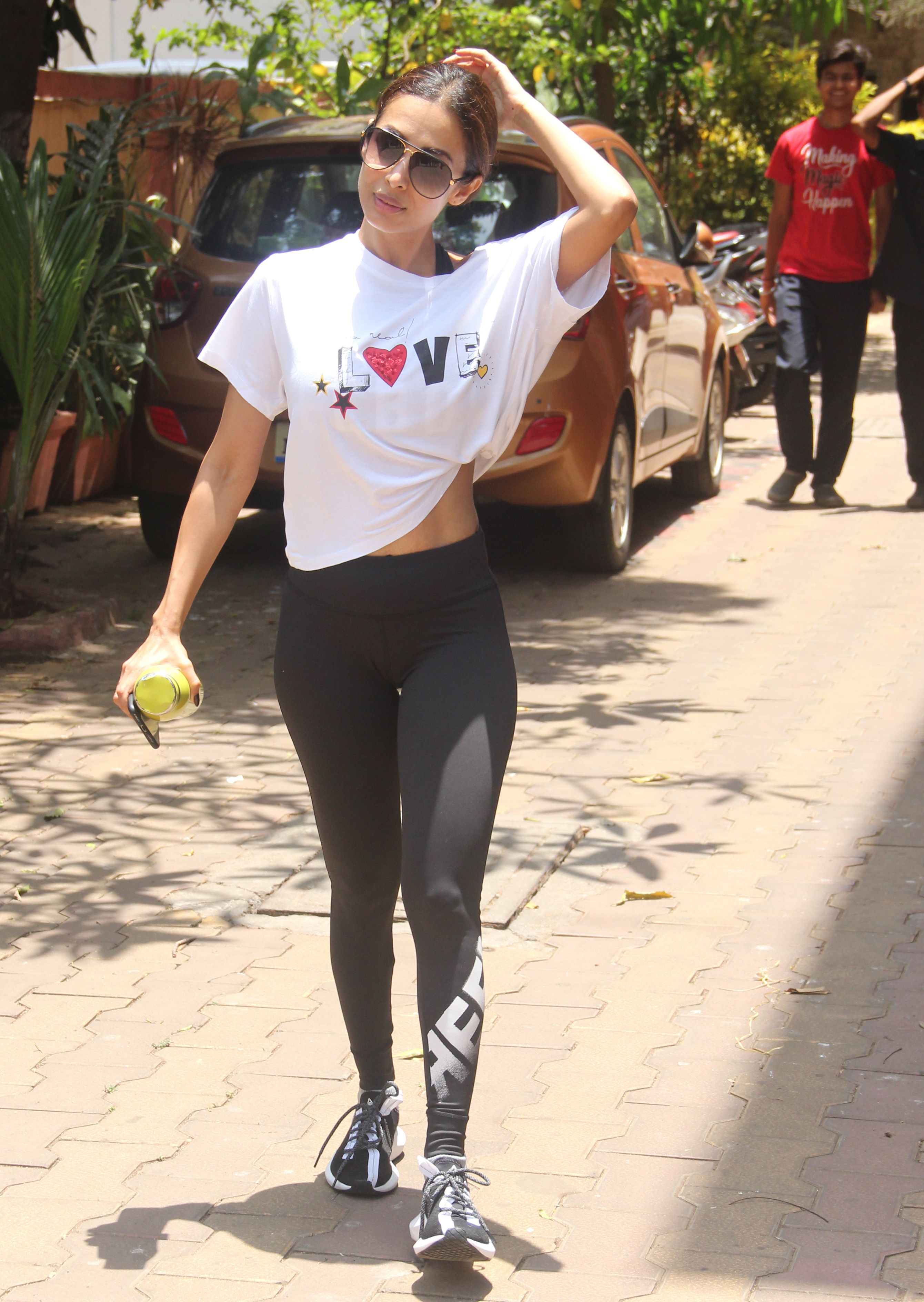 She has also shared several pictures from her Maldives vacation. As per the latest reports, Malaika Arora was accompanied on the trip with her boyfriend Arjun Kapoor. While Malaika has been active on social media and posting pictures from her stunning getaway, Arjun shared some solo selfies.

On the work front, Malaika was seen in the song ‘Hello Hello’ from the movie Pataakha. Arjun, on the other hand, is currently working on Ashutosh Gowariker’s historical drama, Panipat. He will also be seen in India’s Most Wanted. Directed by Raj Kumar Gupta, the film also features Amrita Puri, Rajesh Sharma, Prashant and Shantilal Mukherjee in pivotal roles. Produced by Fox Star Studios, Myra Karn, and Raj Kumar Gupta himself, India’s Most Wanted is slated to release on May 24.

Meanwhile, rumours were doing the rounds that Arjun would tie the knot with Malaika Arora in April. Earlier, he slammed all speculations and told DNA, “No, I am not. I’m 33 and you have to take my word when I say, I’m in no hurry to get married”.