Malayalam actor and internet’s wink queen Priya Prakash Varrier has a huge fan following, thanks to her wink and the song ‘Manikya Malaraya Poovi’ video from her maiden Mollywood film Oru Adaar Love. Whenever she posts a picture on social media, it goes viral instantly. Earlier today, she took to her Instagram stories to share her mirror selfie. In the cuteness overloaded photo, she can be seen donning a white shirt teamed up with black denim. She has accessorised her look with nerdy specs and has tied her half tresses leaving behind others to fall back. Also Read - Malayalam Actor And Internet's Wink Queen Priya Prakash Varrier Quits Instagram, Know Here Why

Take a look at the picture: 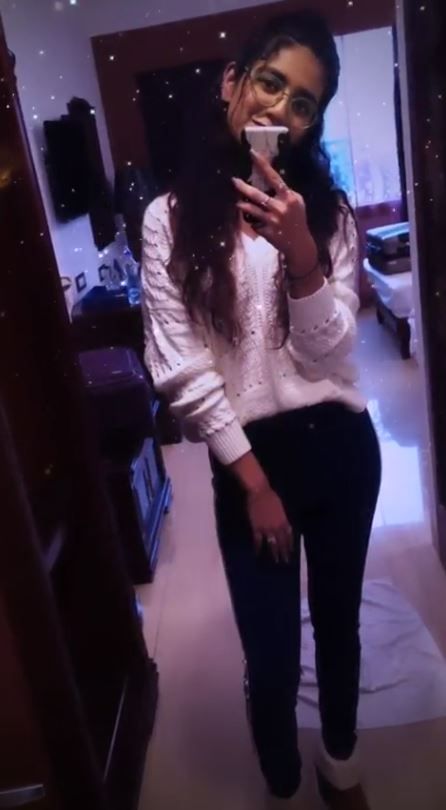 Earlier, she has uploaded her photos from her latest photoshoot. Clad in a yellow top and white pants, she looks drop-dead gorgeous in her latest picture. With subtle makeup, a dash of glossy lipstick and hair styled in soft curls, she is making her fans go crazy. Sharing the post, she wrote, “For @vanithaofficial: @styledbysmiji : @syam__babu : @jeenastudio. (sic)”

Recently, Priya has been into the buzz after she opened up about the controversy around her upcoming film Sridevi Bungalow. She said, “It is more of the director’s and the producer’s concern. I am just portraying the character they have given me. It was not our agenda intentionally to hurt anyone. I don’t think I should let any negativity affect us. I am just starting and I am also a very big fan of Sridevi. There was no intentional agenda of hurting anybody’s personal feelings. Controversies keep happening.”